Get ready for an emotional moment on the next episode of SBS’s “Now We Are Breaking Up”!

Previously on “Now We Are Breaking Up,” Jeon Mi Sook (played by Park Hyo Joo) learned that she had cancer, a fact that she initially hid from her longtime friends. However, once they found out, Ha Young Eun and Hwang Chi Sook (Choi Hee Seo) eventually managed to persuade her to undergo treatment.

In contrast to the hectic, selfless way Jeon Mi Sook had been living her life up until her diagnosis, the stay-at-home mom declared that she planned to do everything she wanted to do—both for herself and her loved ones—in the limited time she had left.

In newly released stills from the drama’s upcoming episode, Ha Young Eun and Hwang Chi Sook make one of Jeon Mi Sook’s dreams come true by giving her a chance to return to the runway. As the former model confidently strikes a pose on the runway, her friends cheer her on from the sidelines—and can’t help getting teary while watching the show. 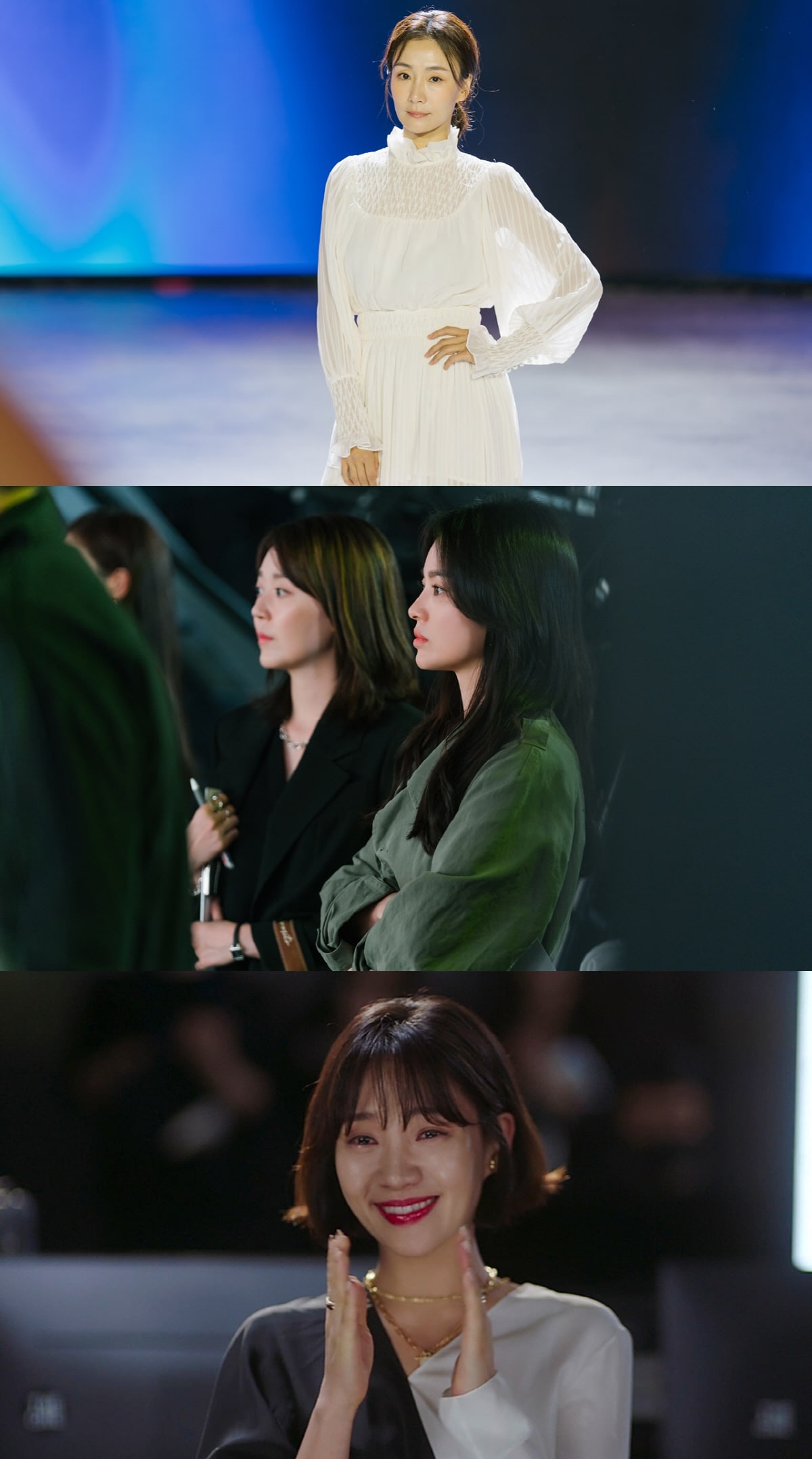 The producers of the drama commented, “In Episode 12, which will air today (December 24), the friendship between Ha Young Eun, Hwang Chi Sook, and Jeon Mi Sook will be in full bloom. Although Jeon Mi Sook is preparing to say goodbye to her friends, her friends are more focused on the present and making the Jeon Mi Sook of right now as happy as possible.”

They went on, “Actresses Song Hye Kyo, Choi Hee Seo, and Park Hyo Joo are capturing the special friendship between these three friends with their detailed and deeply emotional acting. Viewers will also be able to laugh and cry together with the three friends while watching. Please show a lot of interest and love.”