This past year has been the year of K-dramas. With the international success of several K-dramas including “Squid Game,” many viewers have come to learn about K-dramas and have fallen in love. With the amount of solid K-dramas this past year, there have been an endless amount of amazing performances by our favorite actors. Here are 15 performances that stood out in 2021. (Stay tuned for an article on actresses of 2021!)

Disclaimer: List is in no particular order, and actors whose K-dramas premiered in December of 2021 are not included on list. 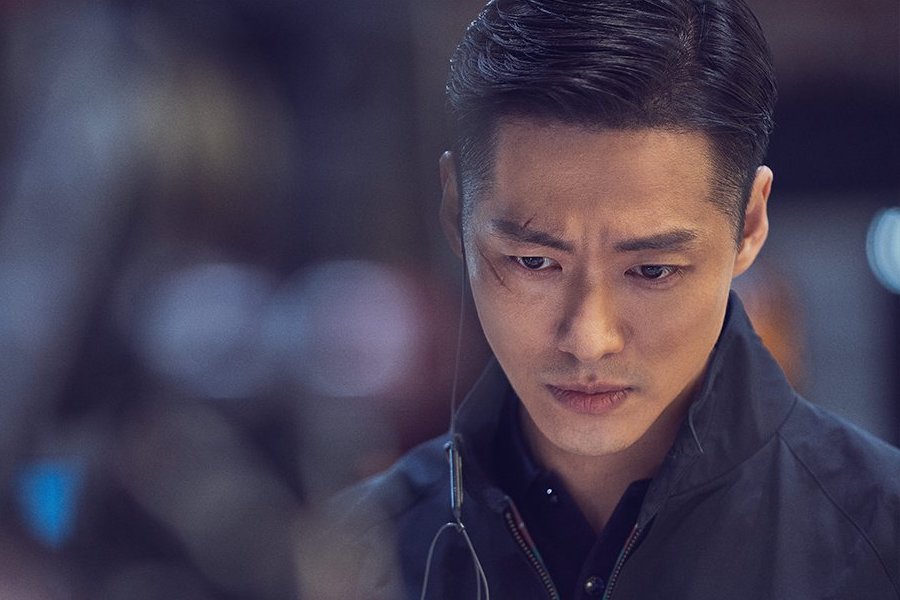 In “The Veil,” Namgoong Min stars as Han Ji Hyuk, an elite field agent who used to be considered the best of the best at the National Intelligence Service. In order to prepare for his role, Namgoong Min trained for months to get into the best shape of his life, spending most of his days at the gym and eating a high protein diet. His hard work definitely paid off as he was able to become his character completely, also showing the baggage and torment that his character endured in the past. Namgoong Min’s excellent performance earned him the Grand Prize (Daesang) at the 2021 MBC Drama Awards. 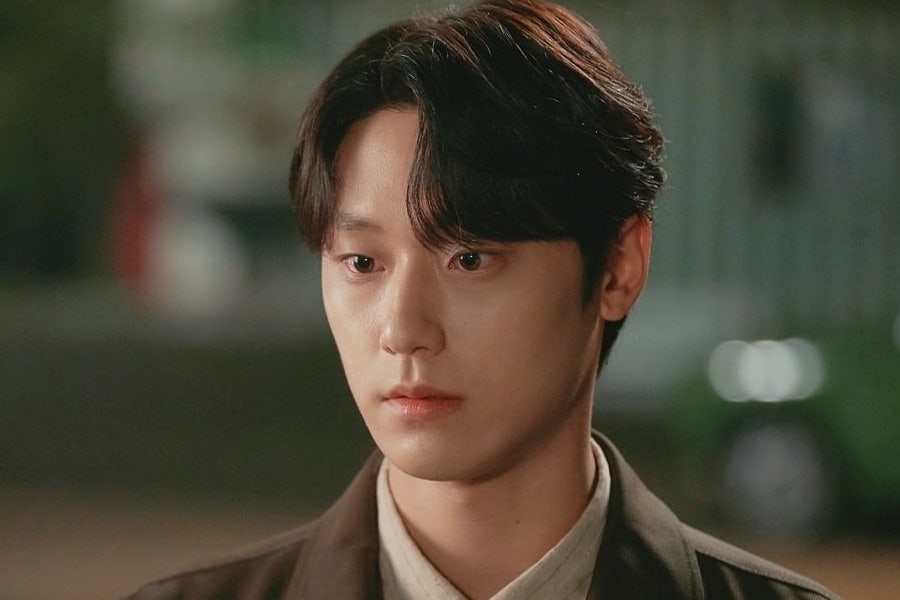 Lee Do Hyun’s talent is no kept secret in K-dramaland. Having debuted just four years ago, Lee Do Hyun is very much on his way to becoming one of the best actors in the industry. In 2021, Lee Do Hyun graced viewers with his heartfelt performance as Hwang Hee Tae in “Youth of May.” Upon this role, many viewers were pleasantly surprised with his ability to convey such heart-shattering emotions, and he ended up winning the Top Excellence Award at the 2021 KBS Drama Awards.

Watch “Youth of May” here: 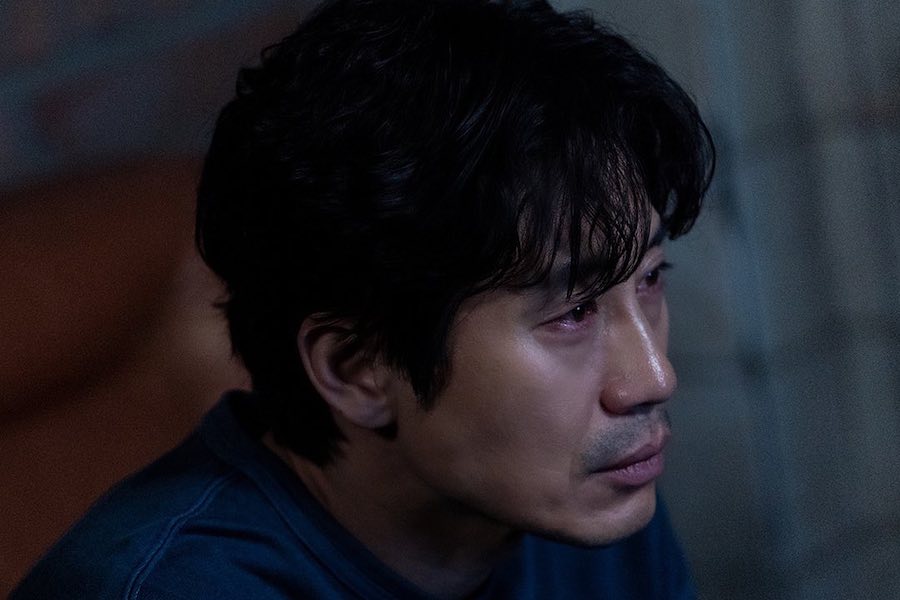 This one is a given. In “Beyond Evil,” Shin Ha Kyun plays Lee Dong Sik, a police officer in a small town who is also a murder suspect. Shin Ha Kyun’s spectacular performance resulted in him winning the Best Actor award at the 57th Baeksang Arts Awards, and no one was really surprised. The way he conveyed such a conflicted character with so many layers was flawless. He never ceases to impress viewers with his ability to really become a character. You’ll get chills and goosebumps from the gazes and twists that Lee Dong Sik gives. 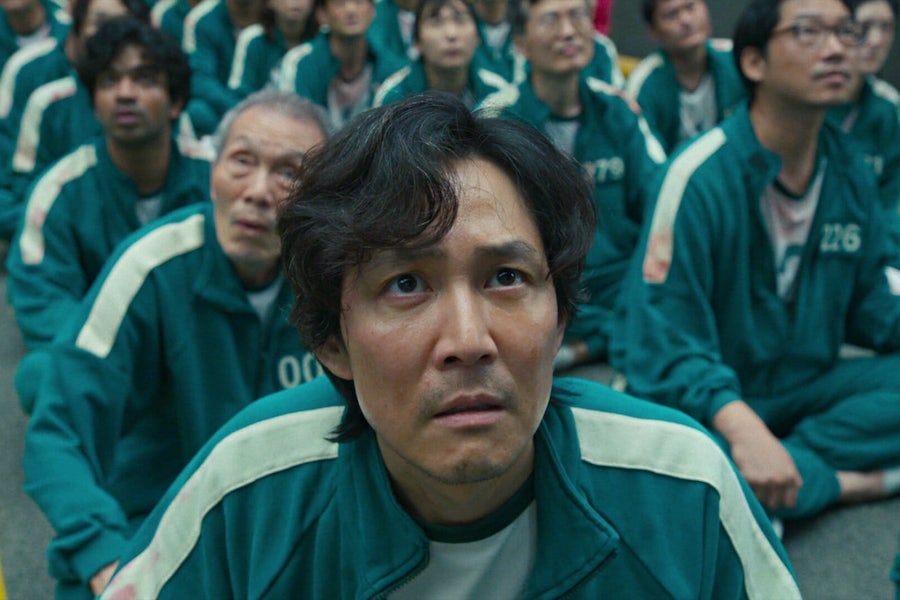 Lee Jung Jae is a legend in Korean entertainment, but it was only this past year that many international viewers got to know this megastar. Having already been known for his ability to meticulously get into character no matter what role he takes on, his role in “Squid Game” as Ki Hoon was no different. Ki Hoon is a character who viewers both dislike and sympathize for, which isn’t an easy feat, but Lee Jung Jae was able to pull this off. He was also recently nominated for a Golden Globe for Best Performance by an Actor in a Television Series – Drama. 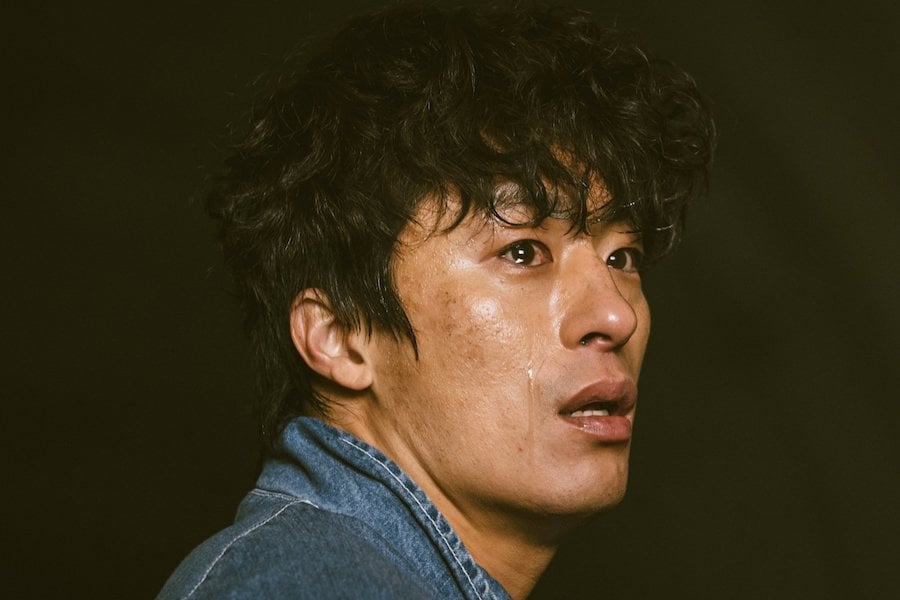 There is a reason why Koo Kyo Hwan rose to fame after the success of “D.P.” People couldn’t help but marvel at his dual personality both on-screen and off. In “D.P.,” he plays a charismatic member of the D.P. (stands for Deserter Pursuit) squad. His character is confident and outgoing, but off-screen, he is actually quite shy and introverted. Nonetheless, he became known for his amazing ability to showcase such a lovable character that shows many different sides as he tracks down soldiers who have fled from the army. 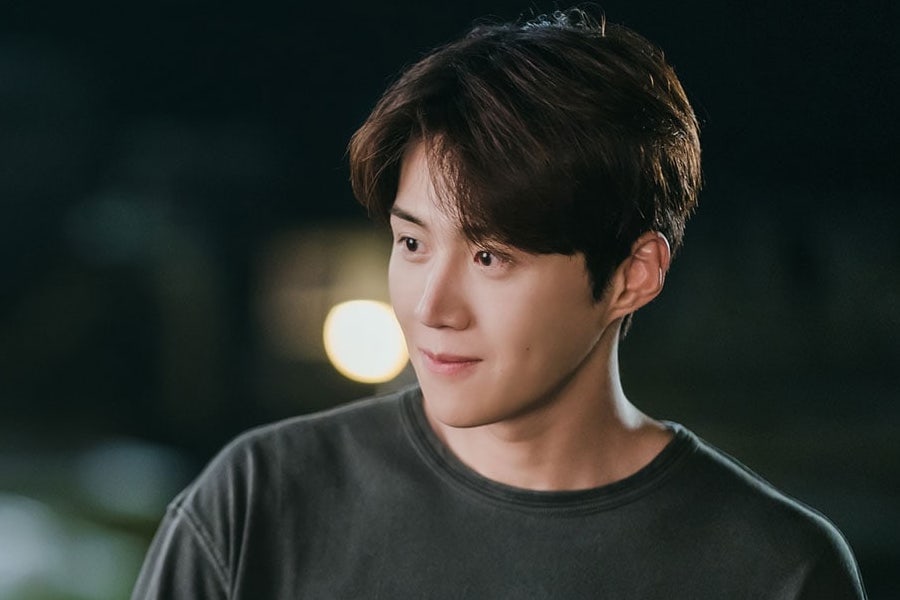 Kim Seon Ho took the world by storm in 2020 with his role as Han Ji Pyeong in “Start-Up,” and this past year was really no different. His role as the man of many part-time jobs and skills, Hong Doo Shik, in the healing series “Hometown Cha Cha Cha” won the hearts of viewers from all over the world. The fact that he was acting alongside veteran actress Shin Min Ah and was able to have such sizzling chemistry with her made his role and acting that much more noteworthy. His skilled acting once again proved his wide spectrum that has him shining in any role! 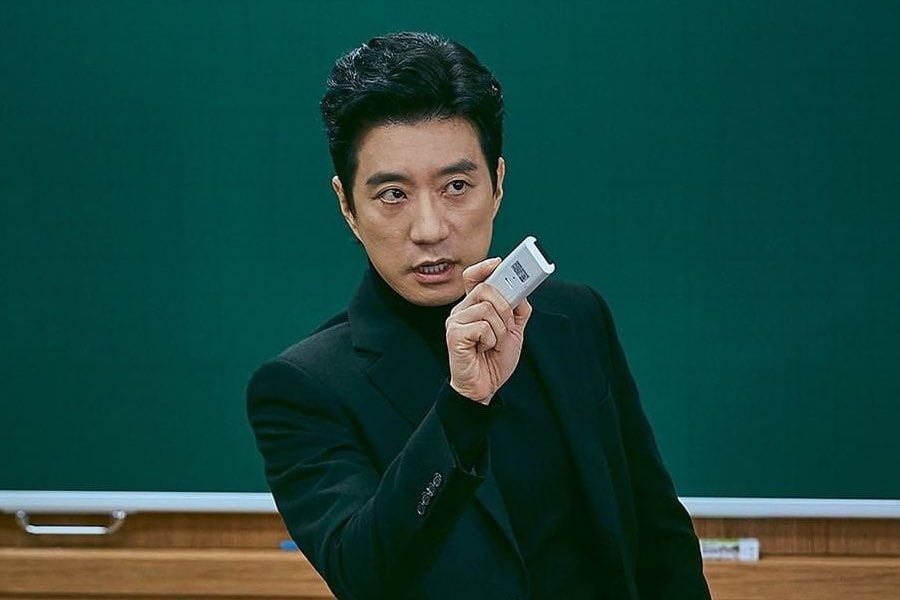 “Law School” was a drama of the past year that many fell in love with for its intriguing storyline and mystery. Viewers couldn’t help but wonder what would end up happening at the end of the series. What started off as curiosity in uncovering the mystery became an appreciation for all the incredible acting, especially by legendary actor Kim Myung Min. Known to be rather picky with his K-drama selections, the storyline and his acting chops only proved why “Law School” was worthy of the actor’s choosing. His performance as the cold but very intelligent Yang Jong Hoon was unforgettable. 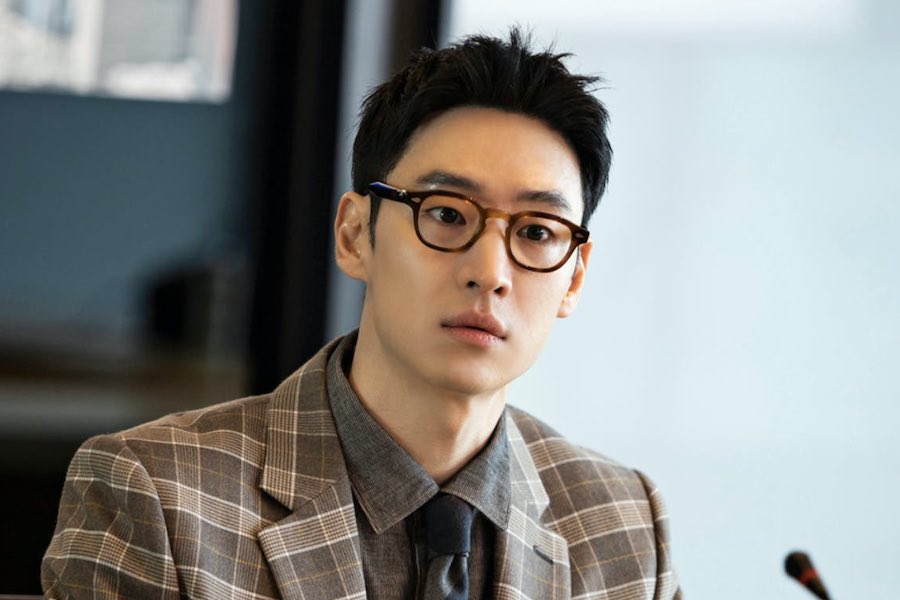 2021 was Lee Je Hoon’s year. Not only did he impress in the action-packed, crime fighting series “Taxi Driver,” but he also moved hearts with his role as former criminal and fighter Cho Sang Gu in “Move to Heaven.” The versatility he showcased through each of these roles was so impressive that it made it almost impossible to choose between the two. His role as Kim Do Gi in “Taxi Driver” was complex as he portrayed several different disguises as a vigilante. It was unforgettable to say the least. And his role as Cho Sang Gu was enough to bring you to tears each episode as he evoked sympathy and healing through his character – Lee Je Hoon is worthy of all the praise!

Check him out in “Taxi Driver” here: 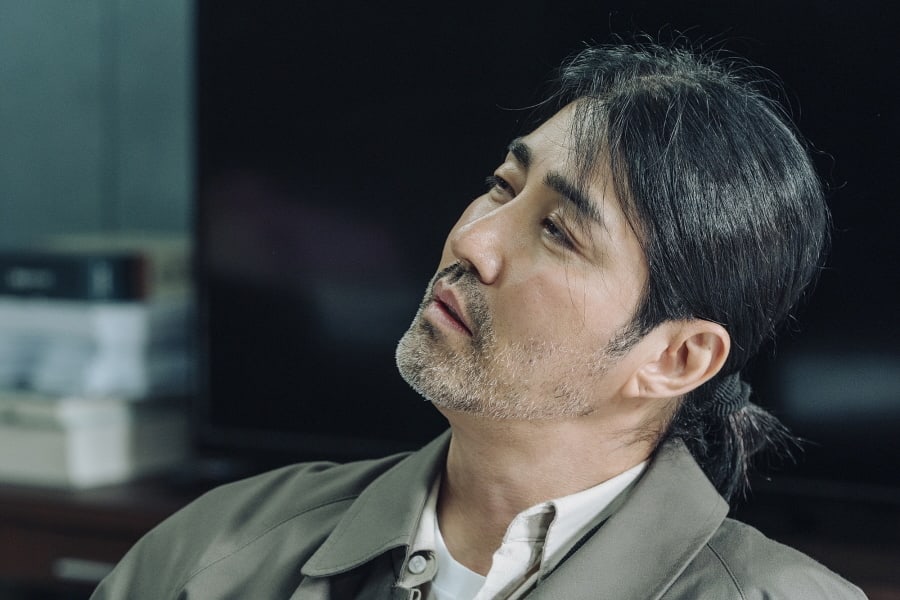 Cha Seung Won plays Shin Joong Han in the crime thriller “One Ordinary Day.” He makes quite the impressive duo with Kim Soo Hyun as they both exceeded expectations in their respective roles. Shin Joong Han is a third-rate lawyer who takes Kim Hyun Soo’s (Kim Soo Hyun) case as Kim Hyun Soo becomes a murder suspect. Joong Han is not the most intelligent or well-known lawyer, and many laugh at his abilities, but his willingness and passion to help Hyun Soo drive him to rise to the occasion. This role really marked Cha Seung Won’s further growth as an actor. His ability to portray this aloof, vulnerable character is a side of Cha Seung Won that is more mature and definitely appealing. It makes you look forward to seeing him in his next role! 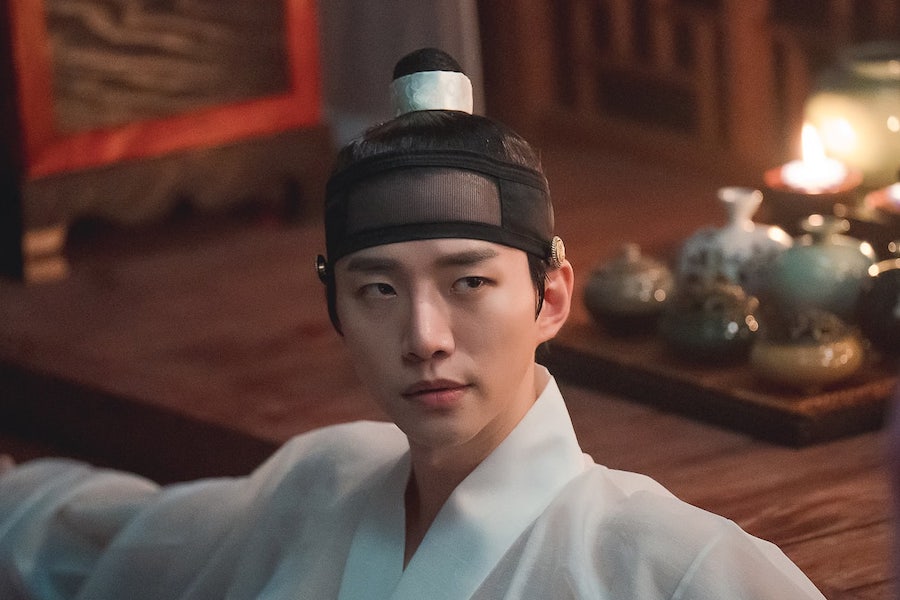 How can we forget the man of the season? 2PM’s Lee Junho topped all the brand reputation charts above any other actors this winter. Junho exceeded expectations through his role as crown prince Yi San in “The Red Sleeve.” With the drama being his first series after being discharged from the military, Junho has outdone himself. People couldn’t help but swoon over his romantic lines, sweet gestures, and loving gazes towards his court lady Deok Im (Lee Se Young). And with the series having recently come to an end, fans are still not able to get over the heartache.

If you haven’t watched the series yet, start here with episode 1: 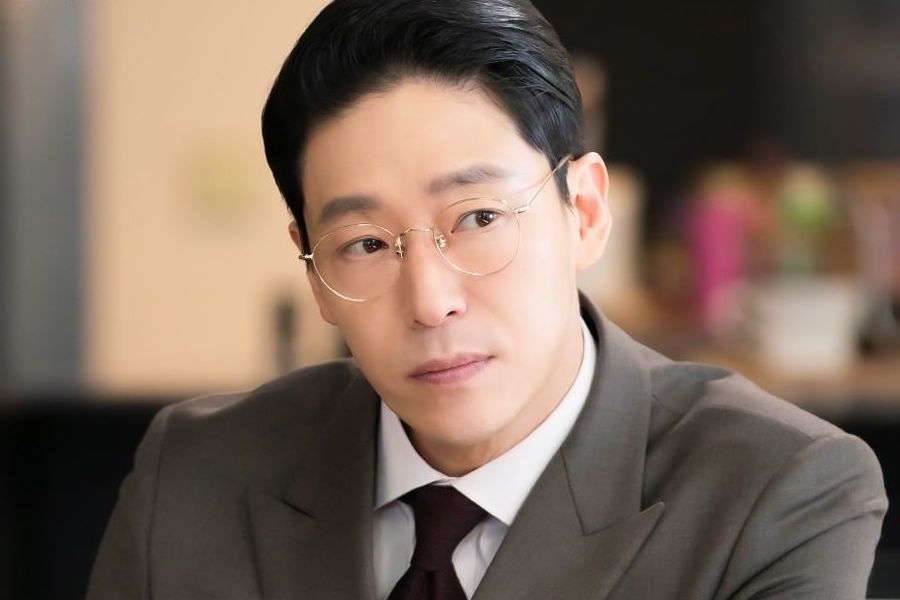 Uhm Ki Joon as Joo Dan Tae is very well one of the freakiest K-drama villains of all time, and we had the pleasure of seeing his evilness for three seasons (two of which aired this past year). Joo Dan Tae emotionally and physically abuses his family, is willing to kill in order to save himself, has no remorse, and would rather see everyone else suffer before his pride is put down. And Uhm Ki Joon was able to perfectly portray all these characteristics. If an actor can make you hate his character this much, then he has succeeded!

Watch this perfect villain in “The Penthouse 2”: 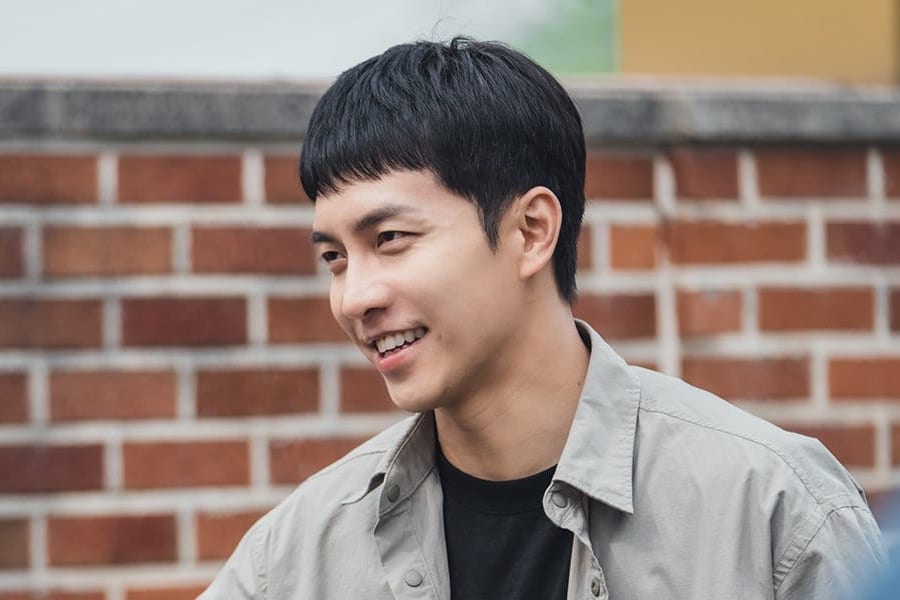 “Mouse” is a psychological thriller that viewers were surprisingly blown away by. Not only is the storyline packed with twists and turns, but the two-faced character of Lee Seung Gi’s Jung Ba Reum is also noteworthy. This was Lee Seung Gi’s first role with villainous qualities, and he nailed it, receiving lots of praise from the general public. The duality in which he was able to portray such contrasting characters was incredibly bone-chilling. Hopefully Lee Seung Gi will take on more villainous roles in the future as a result of the positive response! 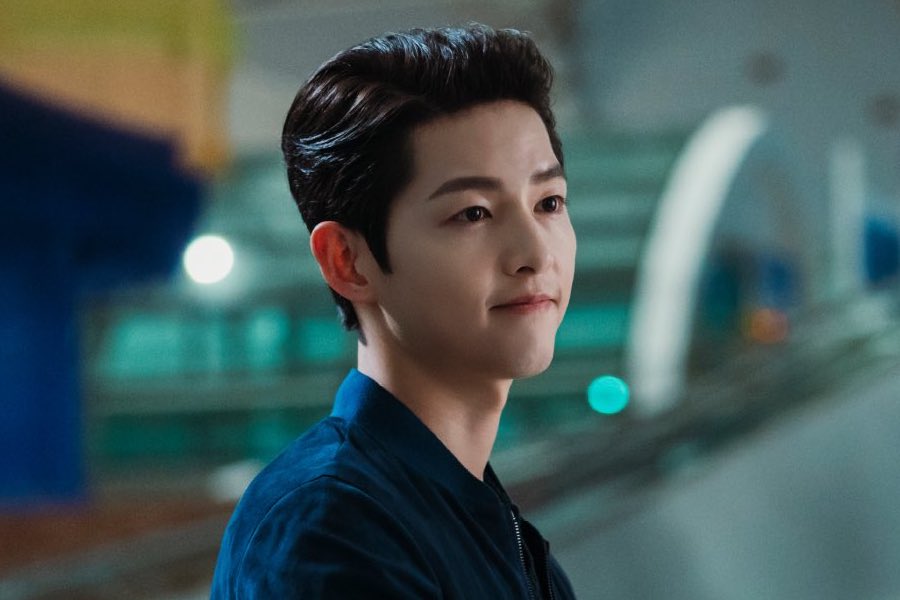 Song Joong Ki plays Vincenzo Cassano, an Italian lawyer and Mafia consigliere who moves back to Korea to solve a conflict he has that involves lots of gold bars. The series was unexpectedly both dark and humorous as viewers saw a violent side to Vincenzo as well as a caring side, especially when it came to Hong Cha Young (Jeon Yeo Been). Song Joong Ki always delivers with his roles, and his portrayal of Vincenzo this past year showed viewers once again why he’s considered to be one of the best actors in the industry. 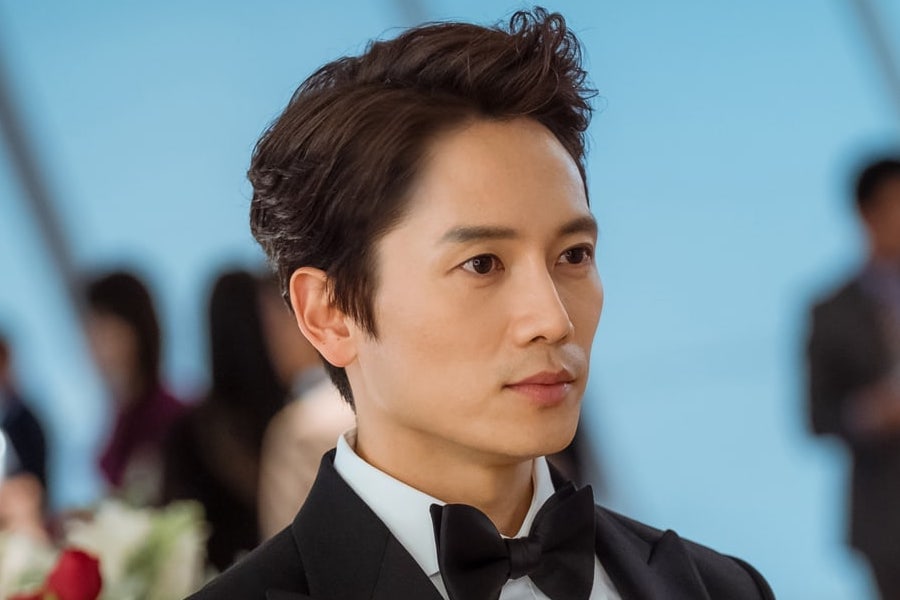 In “The Devil Judge,” Ji Sung plays Kang Yo Han, a special kind of judge who works in an imaginary dystopian Korea. The biggest mystery in this series is whether or not Kang Yo Han is a hero or a devil, a role in which Ji Sung delivered effortlessly. He is no stranger to playing roles that involve dual personalities, so in this particular drama, he was a natural. The charisma and poise in which he portrayed this particular role made him one of the best this past year, and the drama showcased his veteran acting abilities. 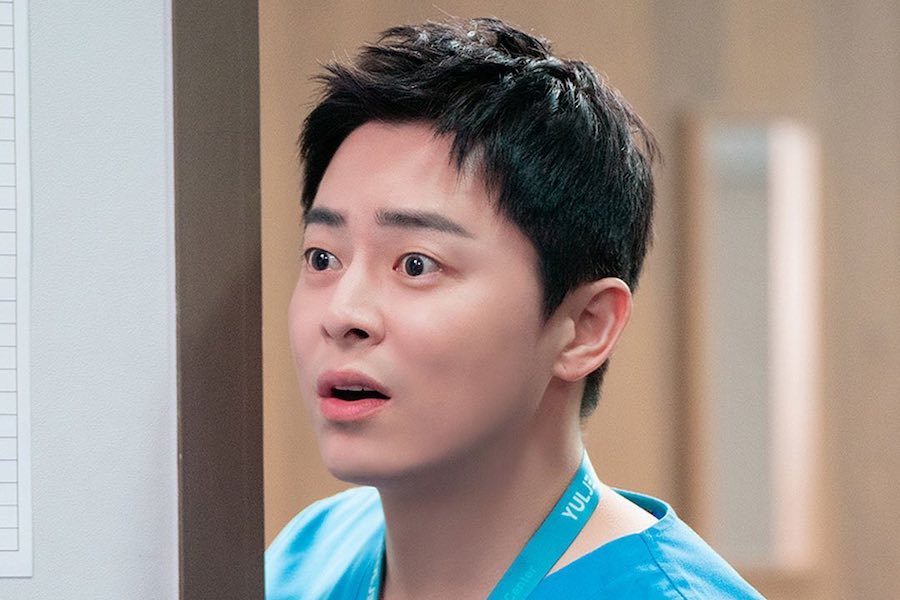 Jo Jung Suk returned in Season 2 of “Hospital Playlist” as the lovable and outgoing Ik Joon. He is one of five friends who have been close since medical school and all end up working at the same hospital. Ik Joon provides the comic relief among his friends and seems to be much of the glue that keeps the group together. He’s got a big heart and an adorable relationship with his little son. This role almost seemed too natural for Jo Jung Suk, and he always provides such a warmth when he’s on the small screen. Although this was the last of the “Hospital Playlist” series, we can only hope he will return sooner than later in another drama!

Hey Soompiers, which performance was your favorite this year? Let me know in the comments below!

Currently watching: “Our Beloved Summer,” “Let Me Be Your Knight,” “Now We Are Breaking Up,” and “Snowdrop”
All-time favorite drama: “Secret Garden” and “Star In My Heart”
Looking forward to: Won Bin‘s return to the small screen