Based on the popular webtoon of the same name, “Shadow Beauty” tells the story of high school student Goo Ae Jin (played by Shim Dal Gi), who is a bullied loner at school. However, she leads a double life online as a popular influencer named “Genie” who is renowned for her flawless looks (played by fromis_9‘s Lee Nagyung). Golden Child‘s Bomin stars in the drama as class president Kim Ho In, who is in the same class as Goo Ae Jin, while PENTAGON’s Hongseok plays idol Lee Jin Sung, who was her only friend at school back when he was a trainee.

The previous episode showed an intense confrontation between Goo Ae Jin and Sun Mi Jin. In order to use the social media account of Genie, who looks just like her, Sun Mi Jin kept pressuring Goo Ae Jin, threatening to reveal the video message that Lee Jin Sung sent Genie.

However, most characters except for Goo Ae Jin and Kim Ho In do not know about Sun Mi Jin’s two-faced nature.

But what most characters except for Koo Ae Jin and Kim Ho In don’t know is that Seon Mi Jin is actually Genie herself. The sudden close relationship between Seon Mi Jin and Yang Ha Neul (Heo Jeong Hee) also captured viewers curiosity. The episode also showed Lee Jin Sung returning to the school campus after his successful debut as an idol. 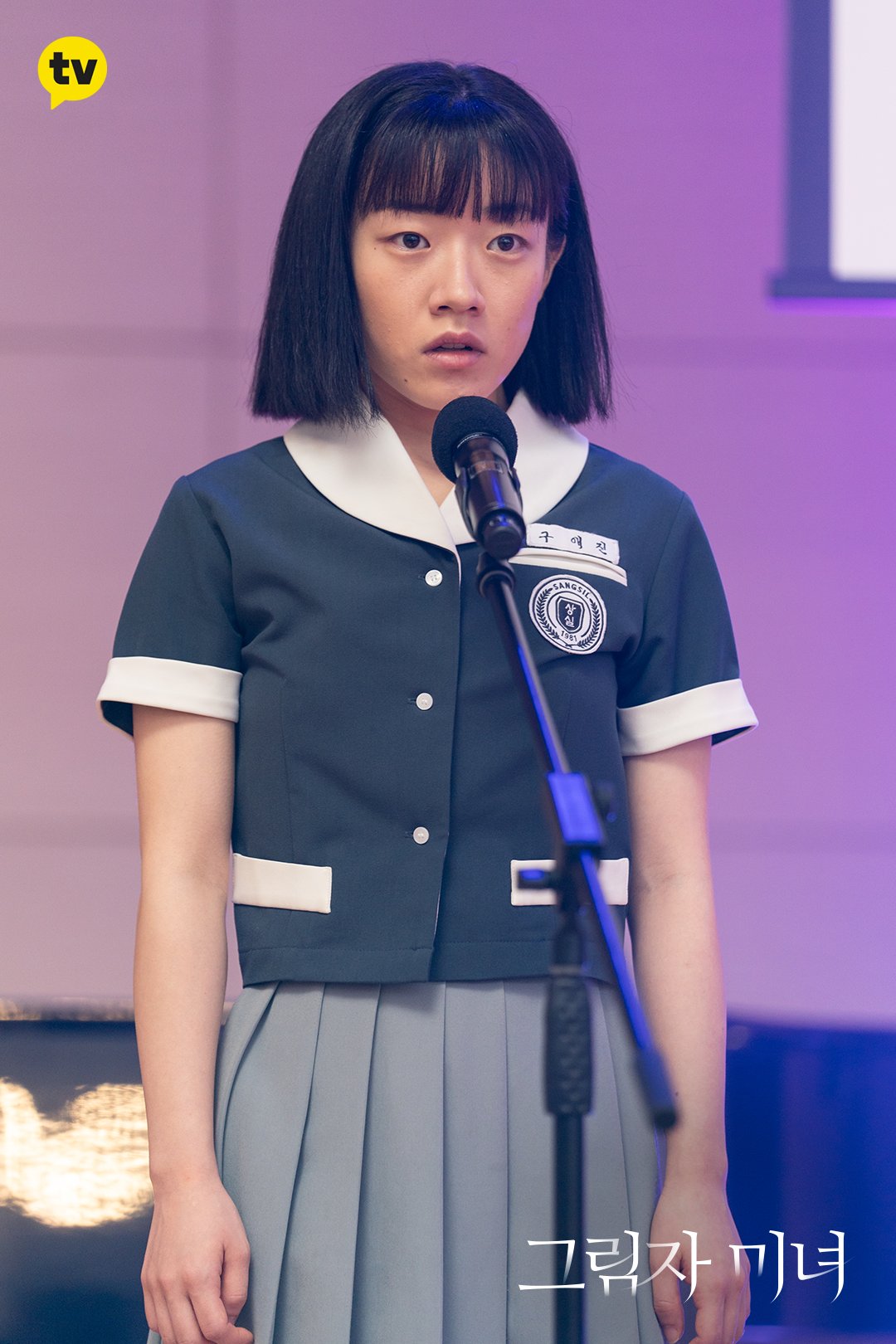 Kim Ho In, who has become Goo Ae Jin’s partner and friend after finding out her secret, shows continuous support and concern for her. 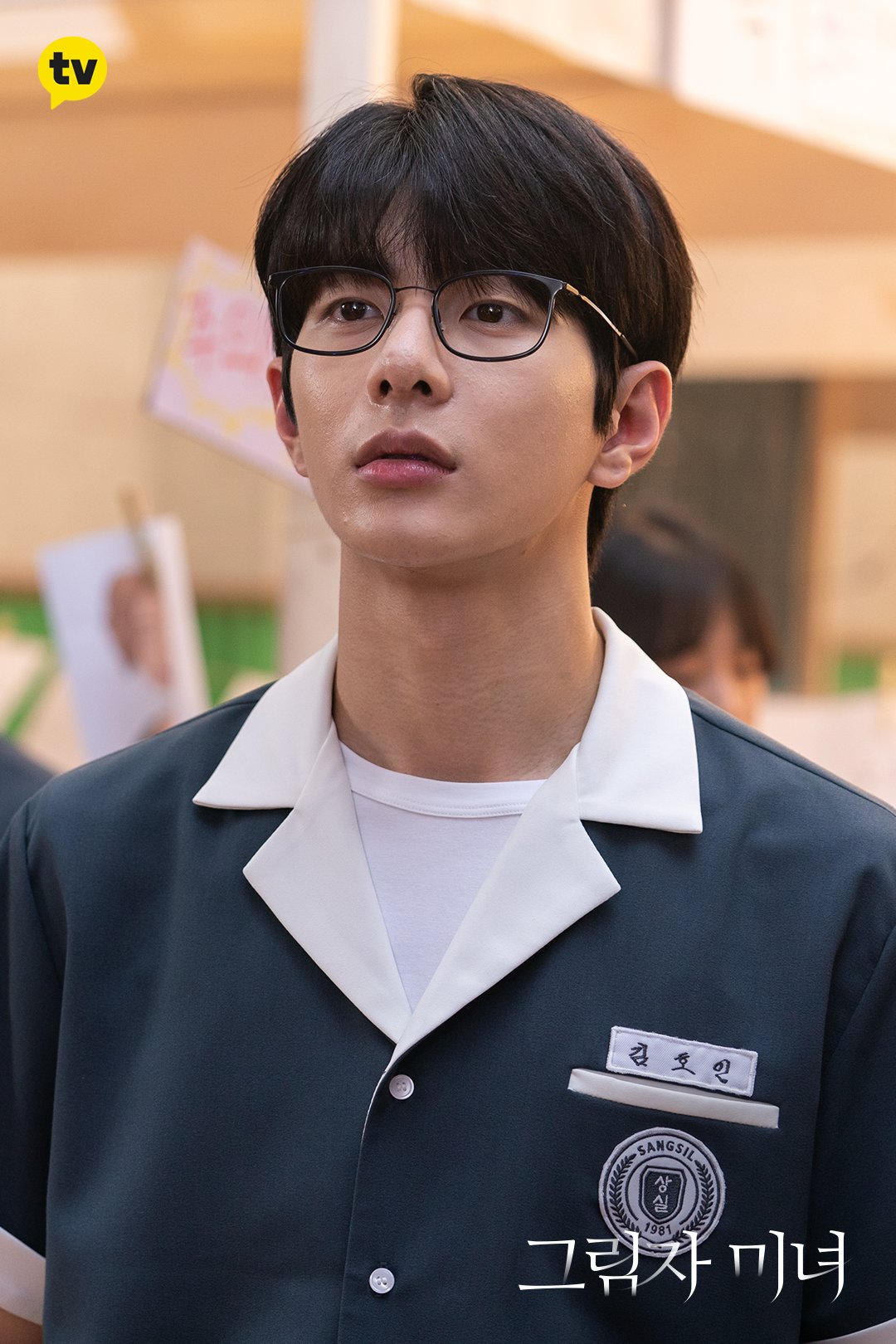 Sun Mi Jin bears a nervous facial expression in fear of her true self being revealed. 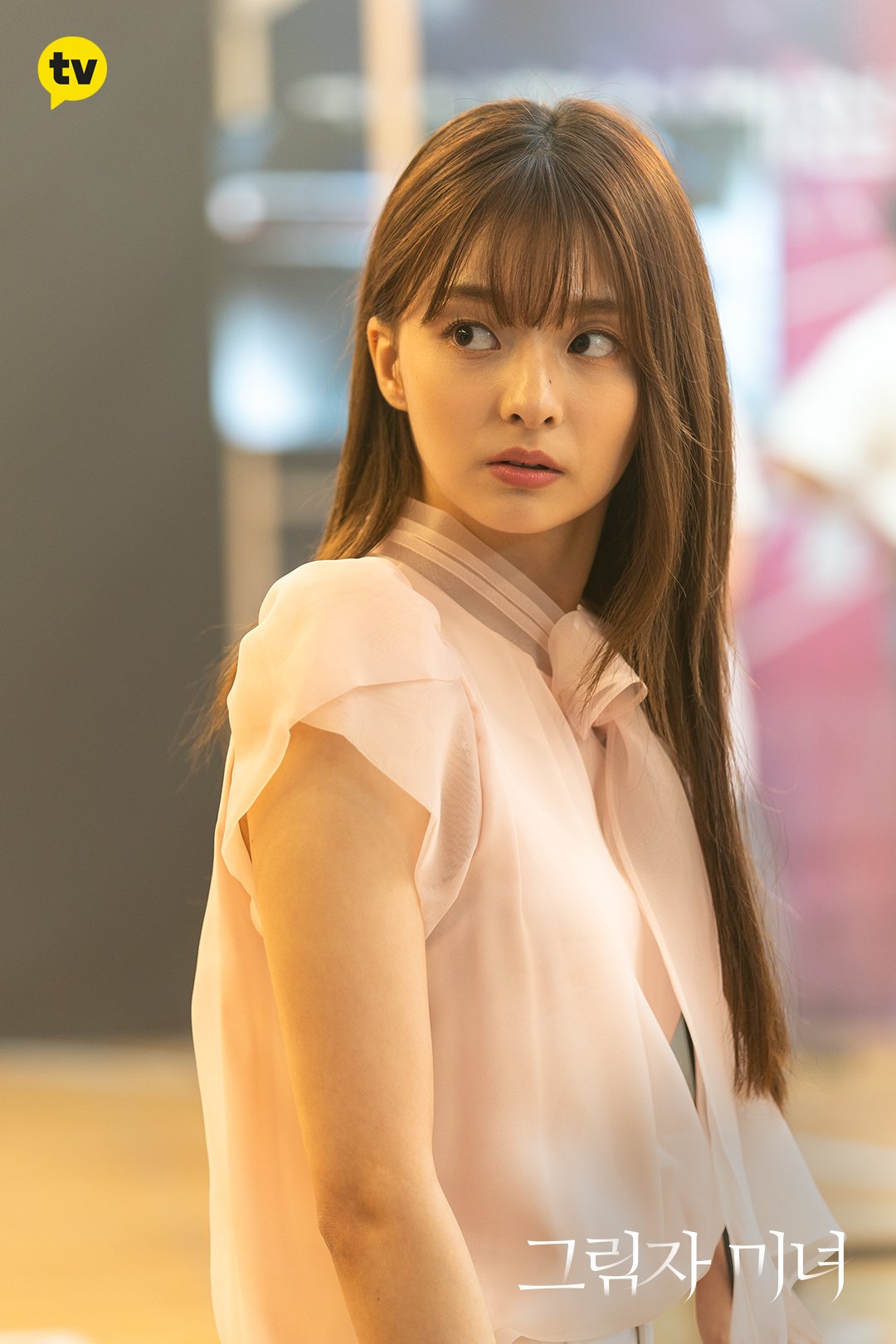 Lee Jin Sung is pictured with a sentimental facial expression and his eyes locked on one of the characters. 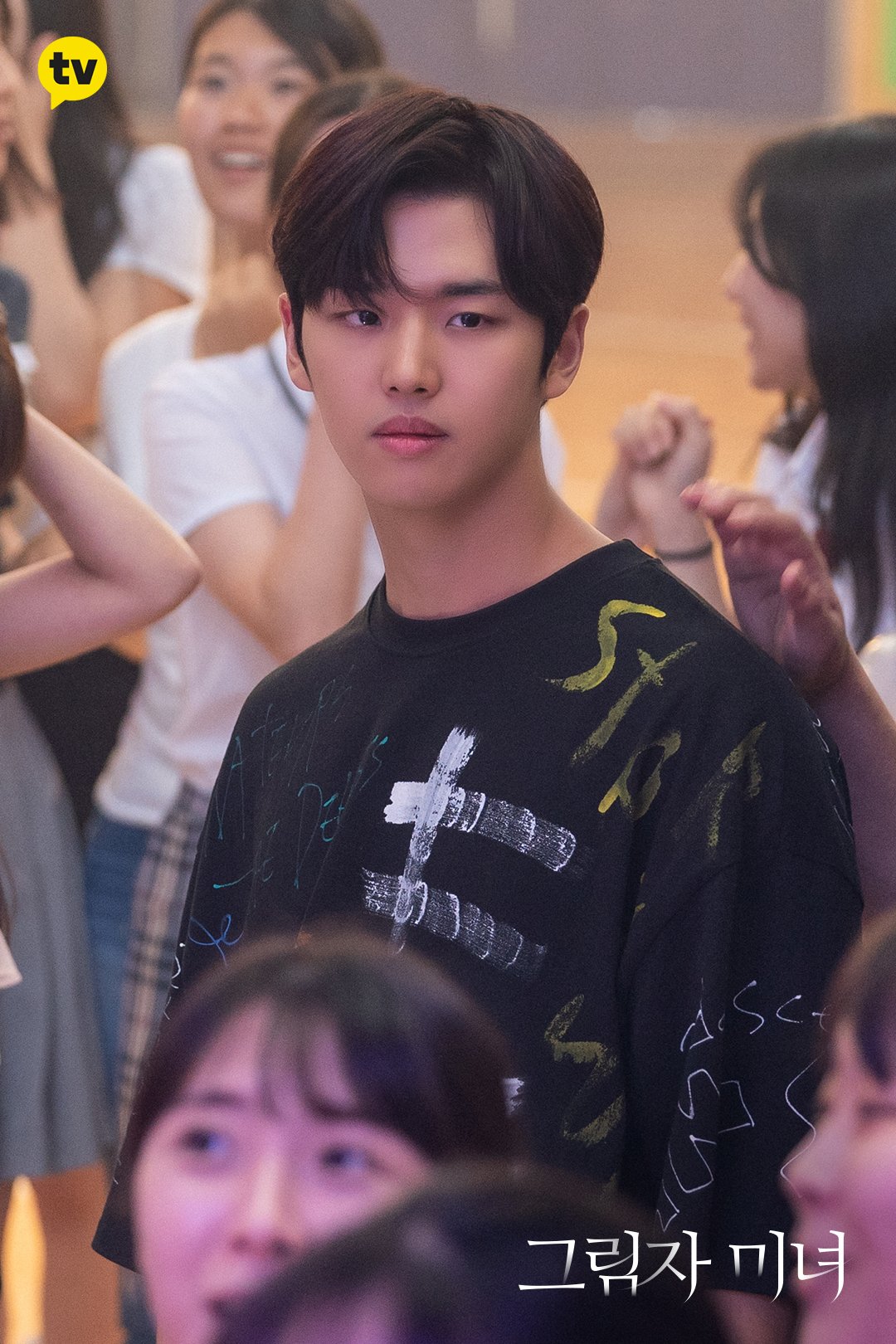 The final episode of “Shadow Beauty” will be released on December 29 at 8 p.m. KST.