Before the live broadcast of the awards show began, Ravi showed his ambition to win an award. When the production staff asked him what award he’d like to win, he said, “Anything they’ll give me.” When he learned of the other nominees in his category, including IVE’s Jang Won Young, rapper and variety star Lee Young Ji, and trot star Lee Chan Won, he said quickly, “But I’m good at yielding.” In the end, he did take home the award for the category. 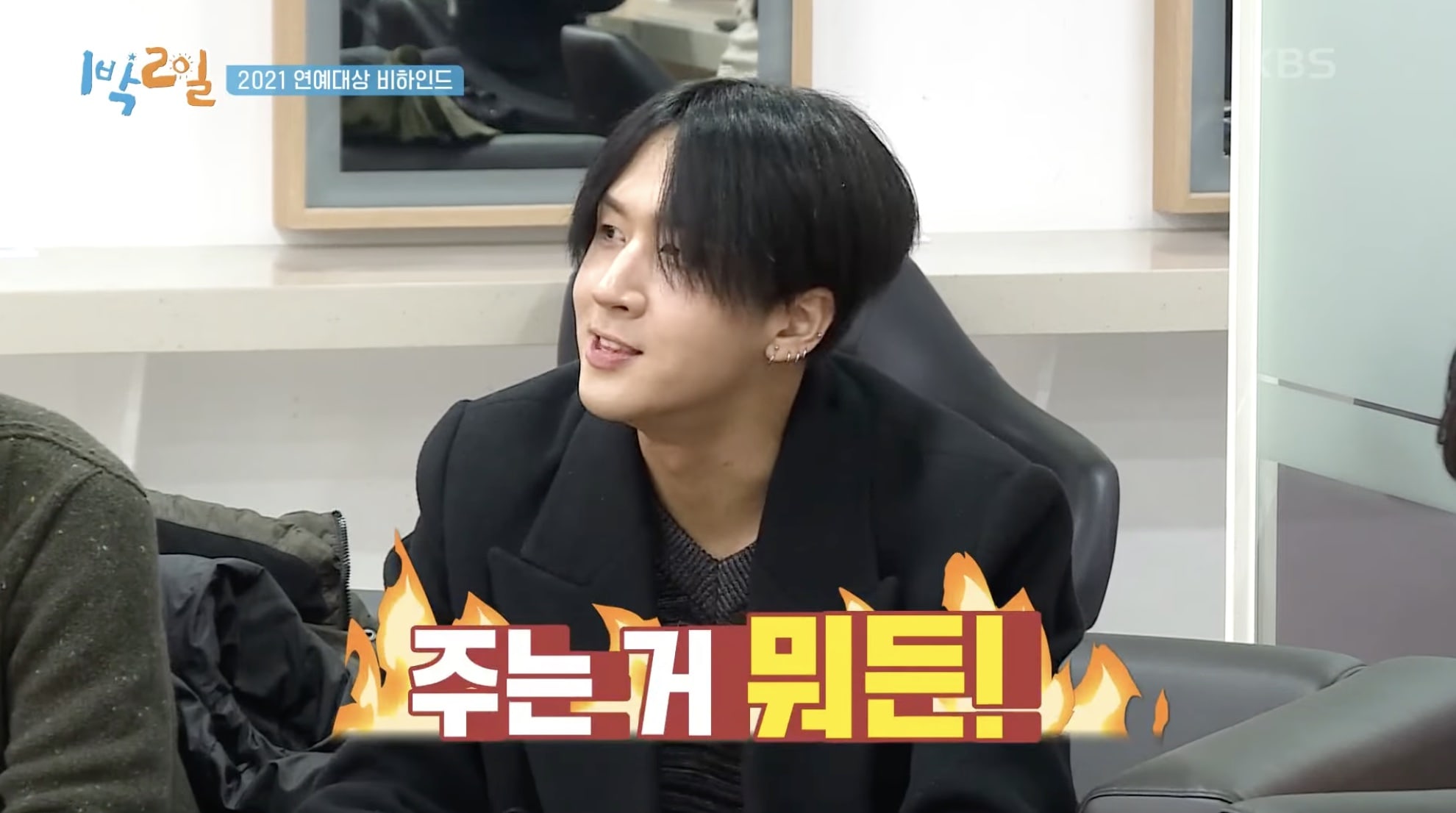 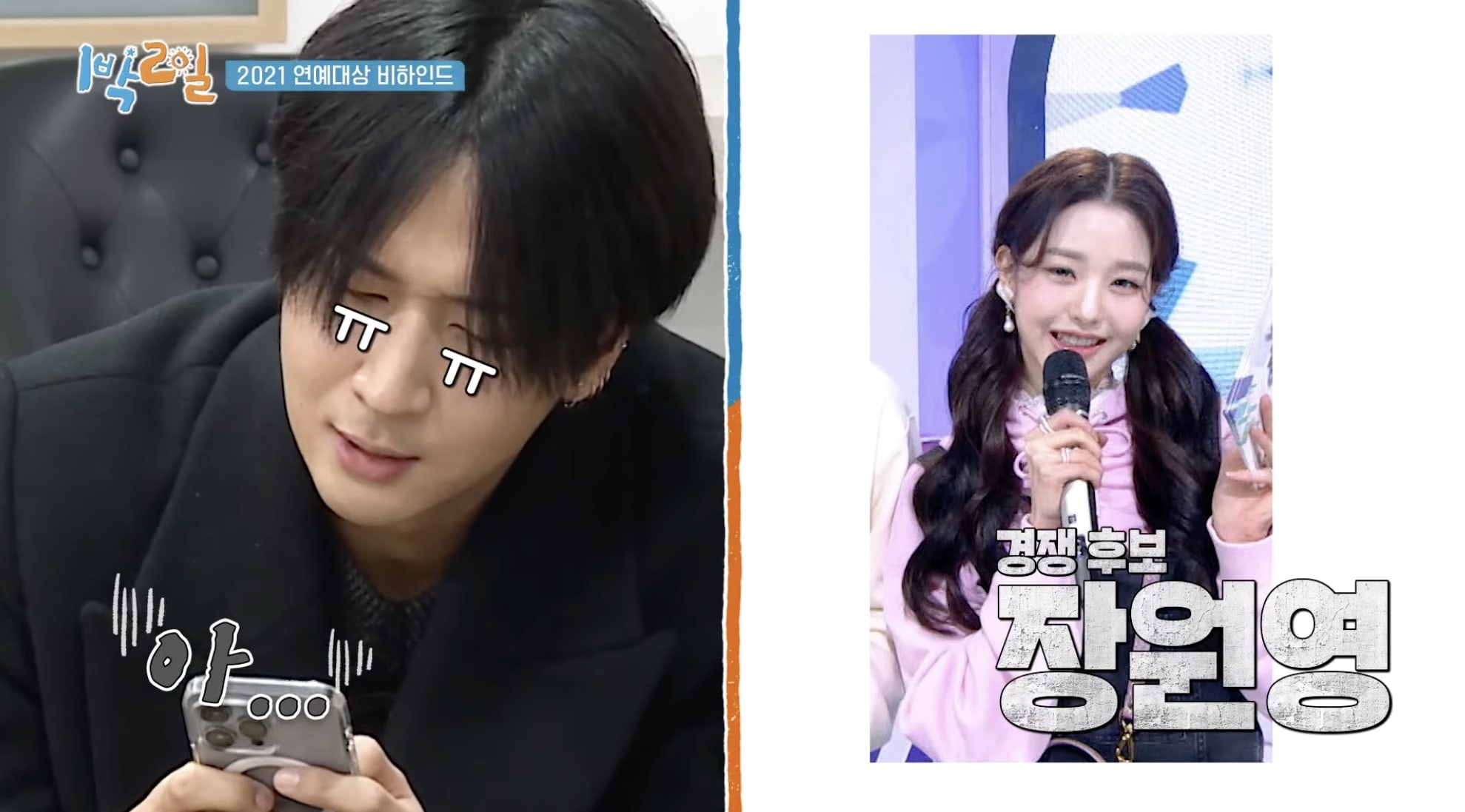 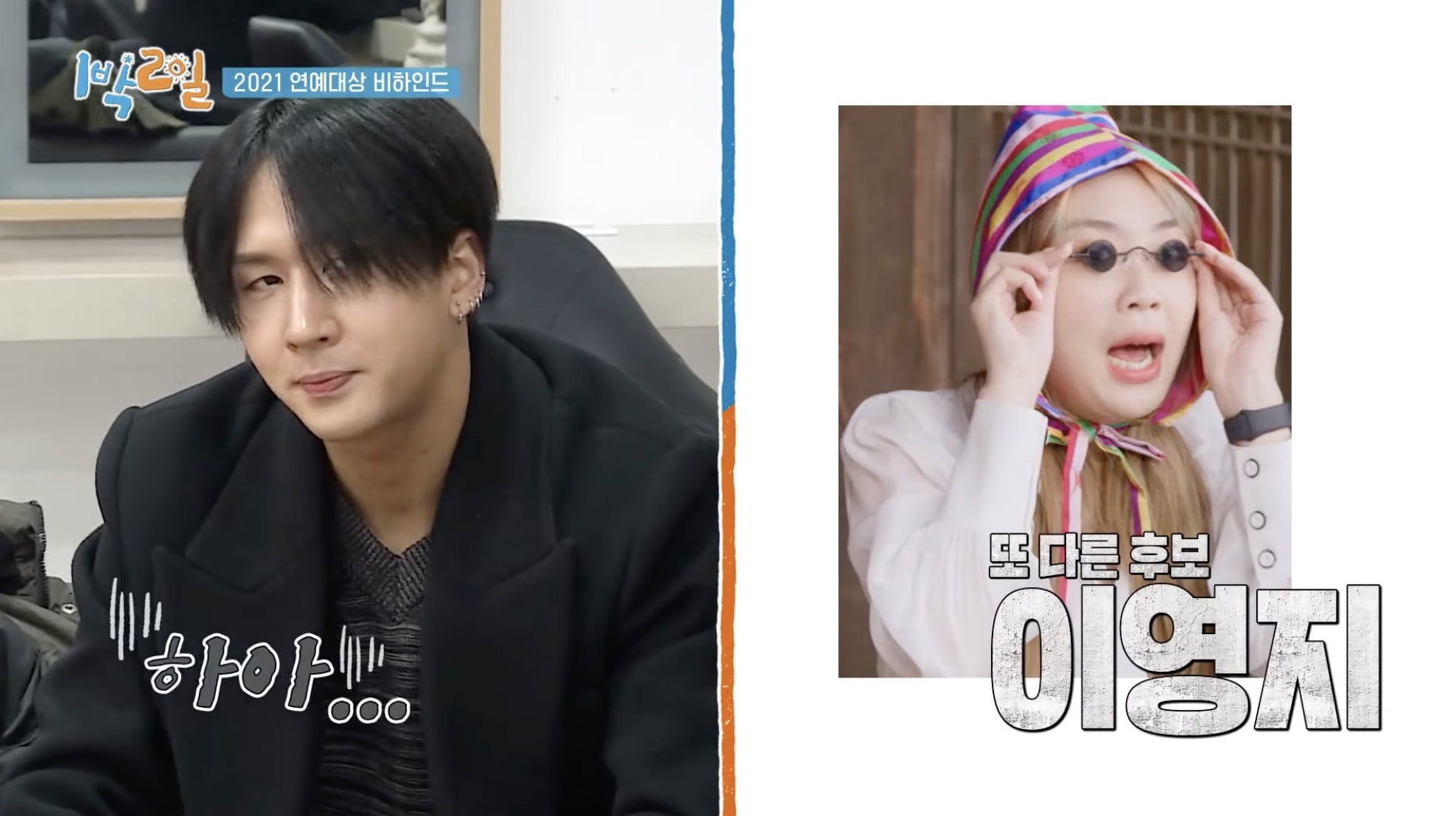 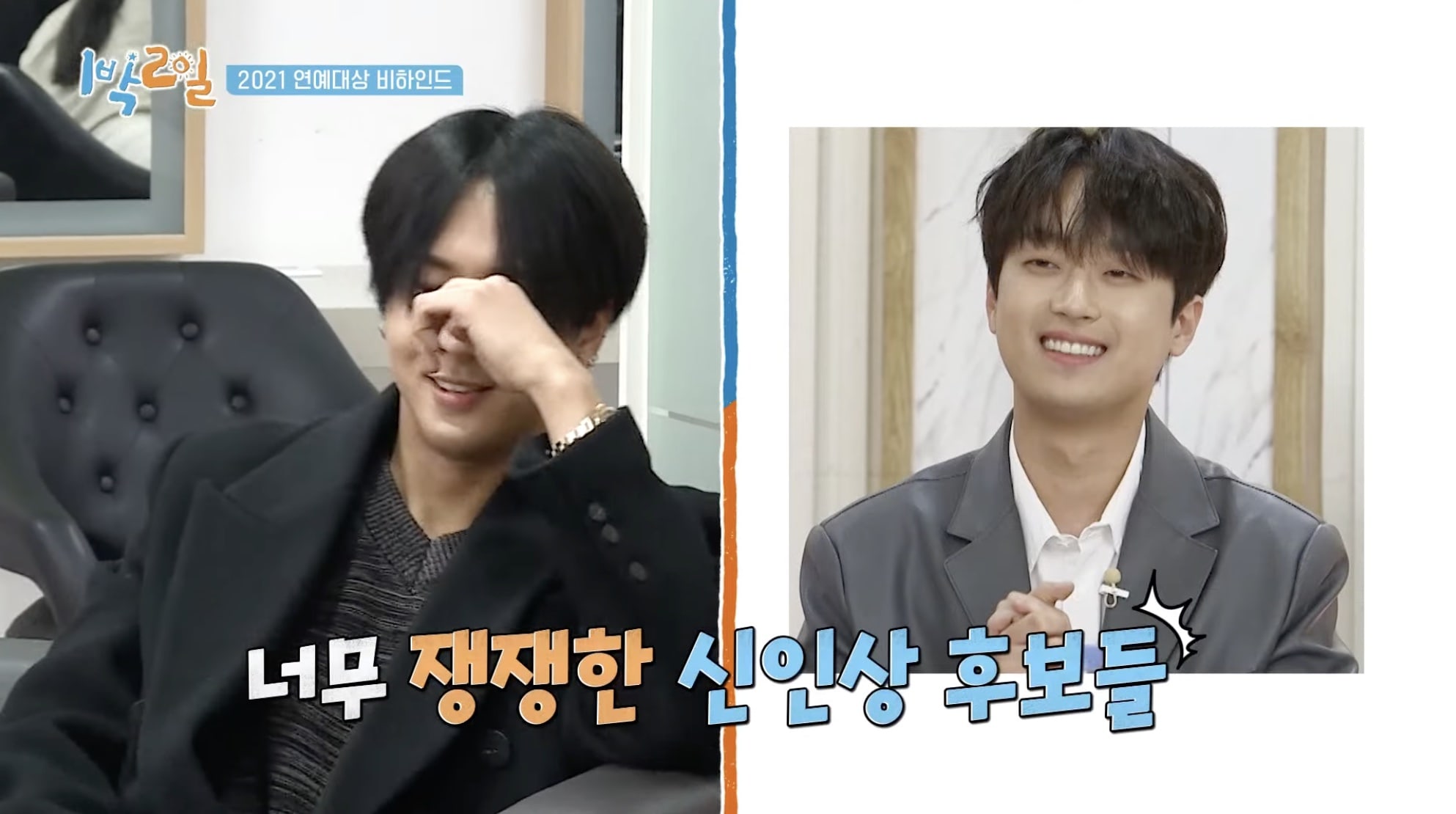 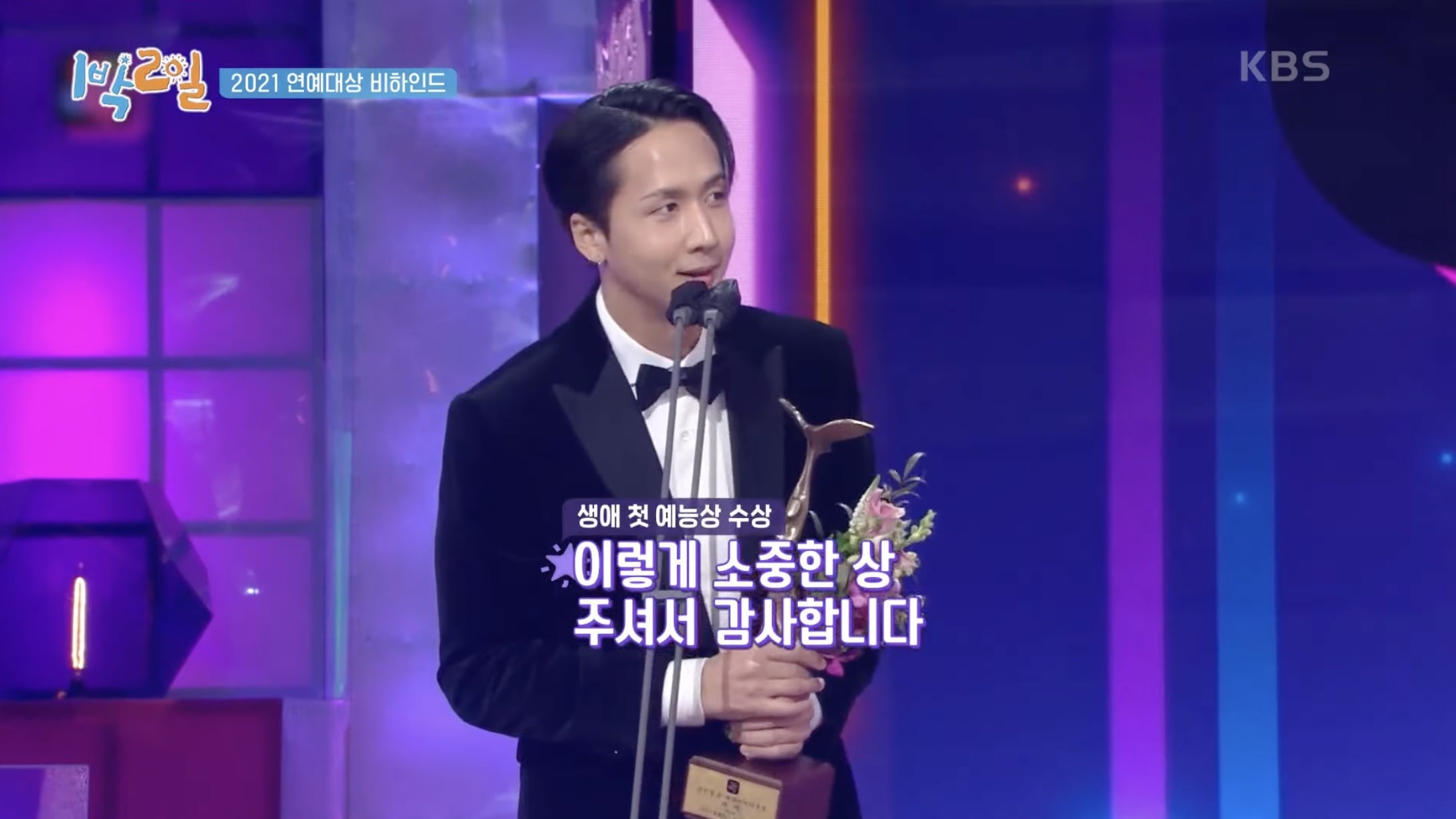 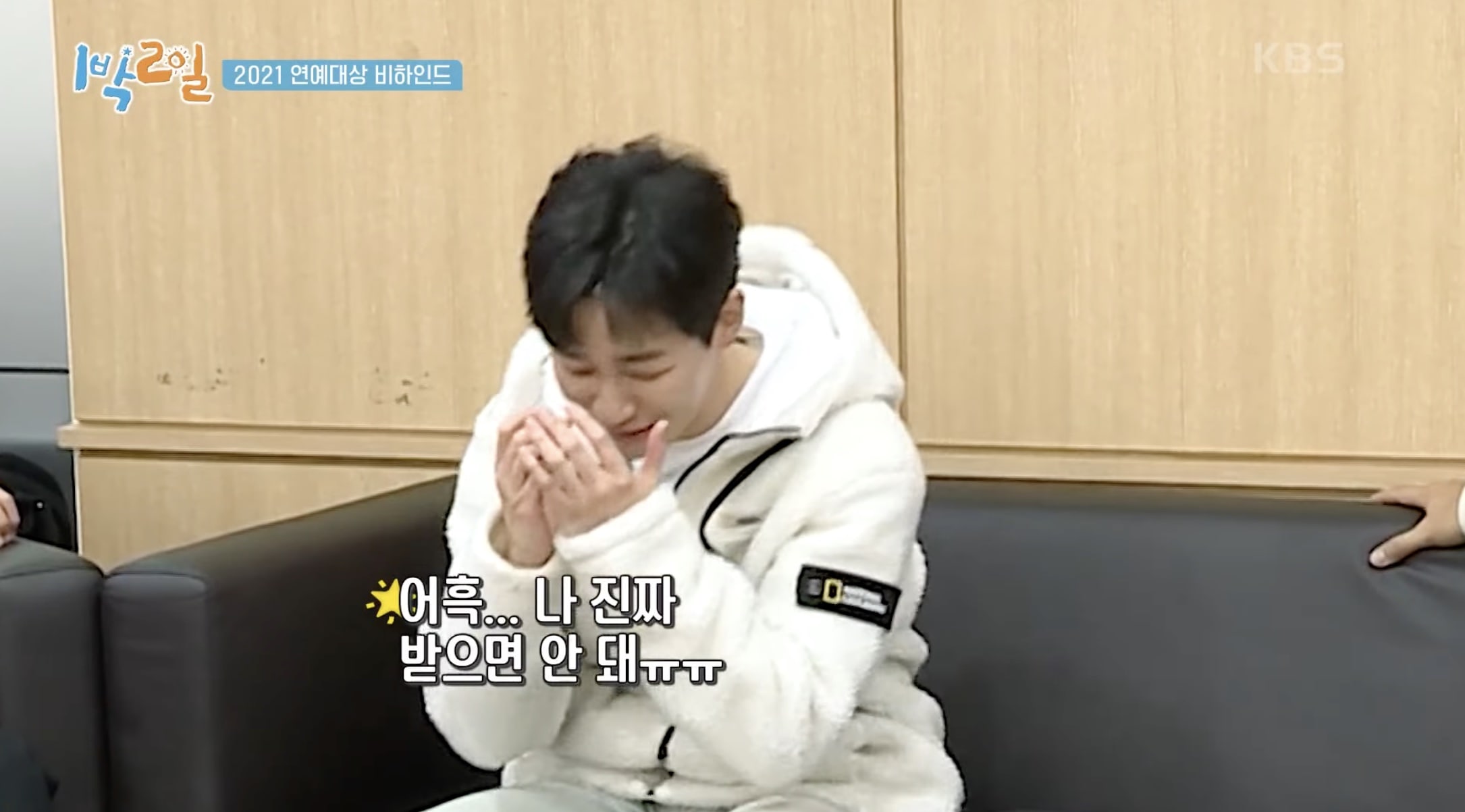 After Moon Se Yoon won the Daesang and the ceremony ended, the members went backstage and were congratulated by the production staff before sitting down and talking about what had happened. Moon Se Yoon said, “I think I’ll have to wake up tomorrow before I really feel it. It honestly feels like a huge prank is being played on me. Everything in front of me went white and I couldn’t see anything except for Ravi and DinDin, who were getting emotional and crying. I was confused and was like, ‘Is this a dream?’ My own tears disappeared. I was like, ‘Why is he crying?'”

DinDin joked, “I was only crying because it was over and I didn’t get anything.” 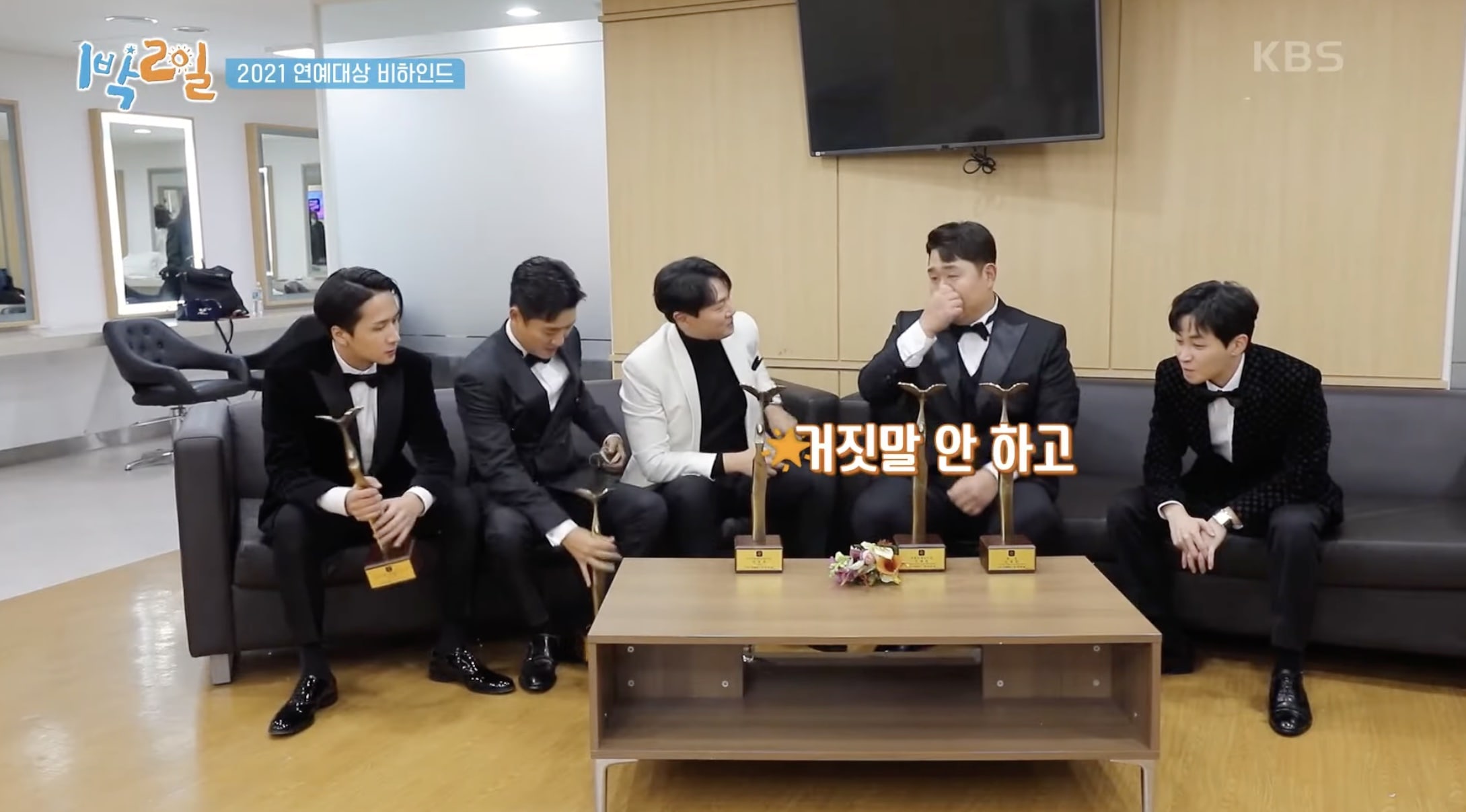 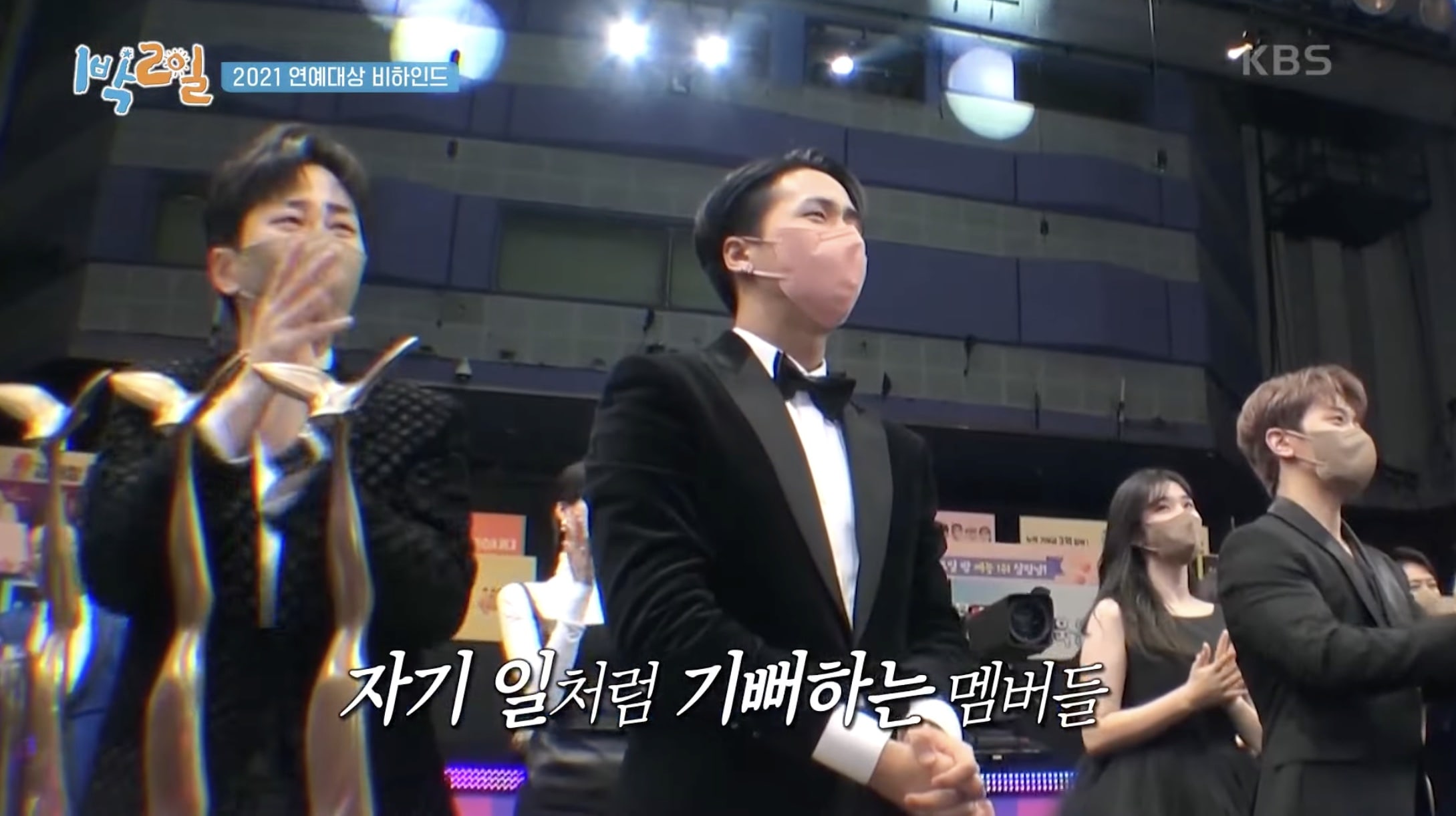 Kim Jong Min brought up Moon Se Yoon’s promise for if he won the Daesang, which was to get Kang Ho Dong’s hairstyle from the first season of “2 Days & 1 Night” for a month. The members suggested that he get the haircut live during the next filming, rather than showing up with it, and Yeon Jung Hoon said excitedly, “When I was in the military training center, I shaved about 100 people’s heads.” Although the details still have to be determined, Moon Se Yoon vowed, “I’ll keep the promise.”