WEi’s Kim Yo Han and Chu Young Woo will be staying together under one roof in “School 2021”!

Gong Ki Joon (Kim Yo Han) and Jung Young Joo (Chu Young Woo) appeared to be gradually getting closer by resolving past misunderstandings. In particular, Jung Young Yoo shared his innermost feelings with Gong Ki Joon after learning that Gong Ki Joon hadn’t attended their best friend’s funeral because of a matter he couldn’t control.

On January 5, the drama released new stills to show a change in their relationship. In the photos, Jung Young Joo invades Gong Ki Joon’s house. Jung Young Joo, who went grocery shopping, visits Gong Ki Joon and suddenly barges into his house while asking him to let him spend the night. 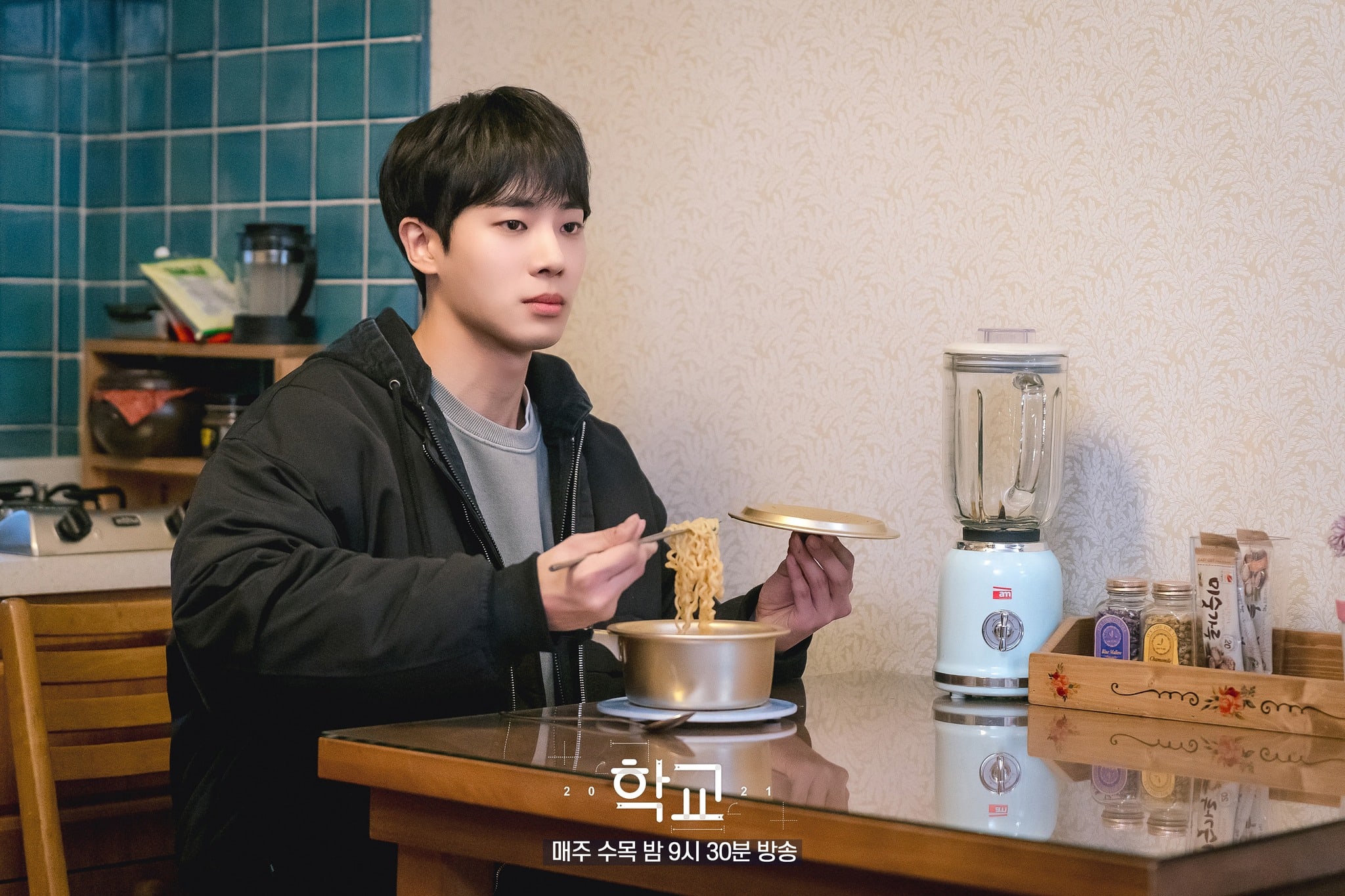 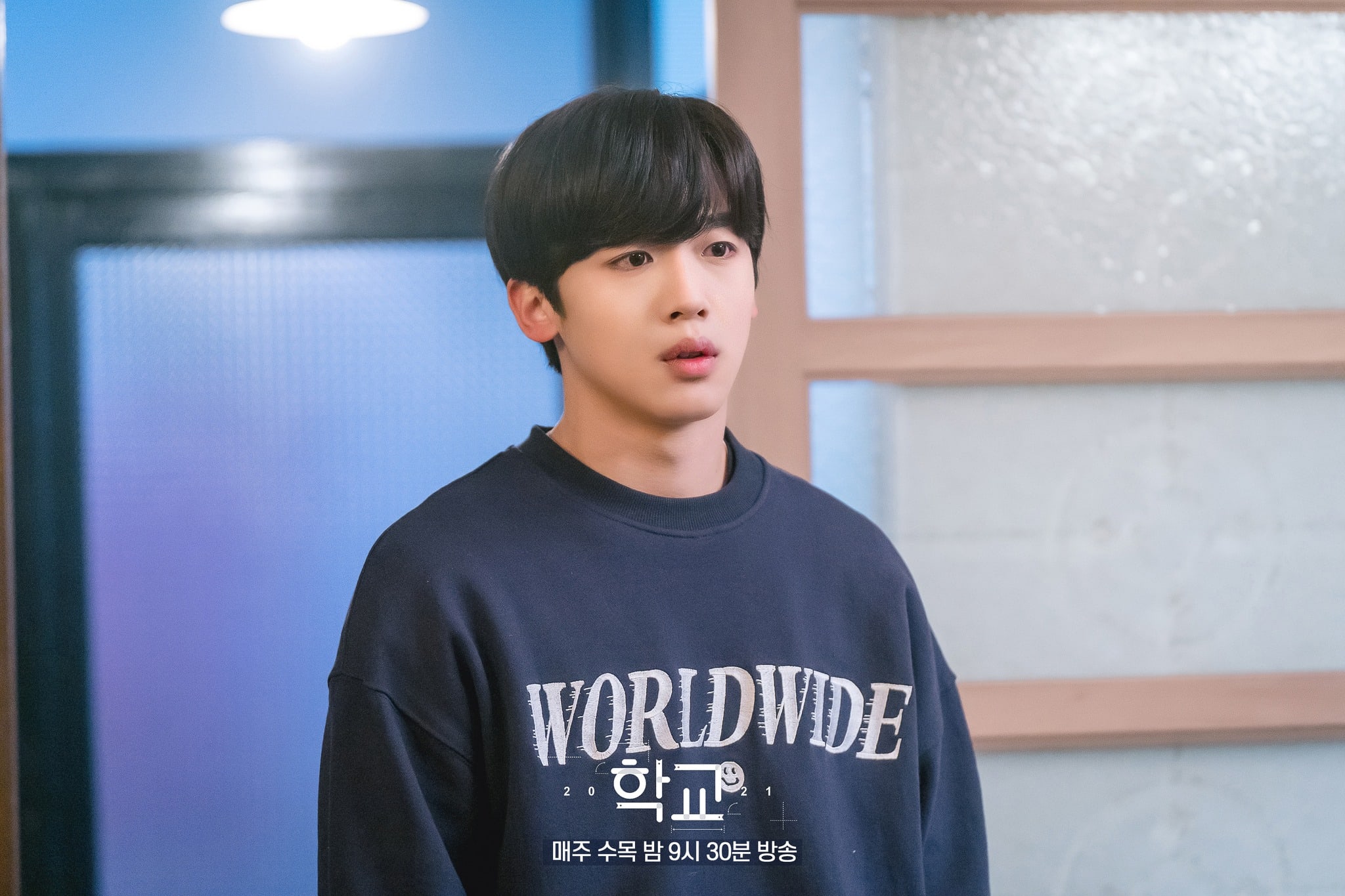 Gong Ki Joon is bewildered by Jung Young Joo’s shameless behavior, and he watches in shock as Jung Young Joo cooks ramen and eats it. Eventually, Gong Ki Joon sinks onto the couch and closes his eyes, as if he’s given up on the whole confusing situation. Jung Young Joo goes a step further by borrowing Gong Ki Joon’s clothes to sleep, raising curiosity about what will happen to these two next. 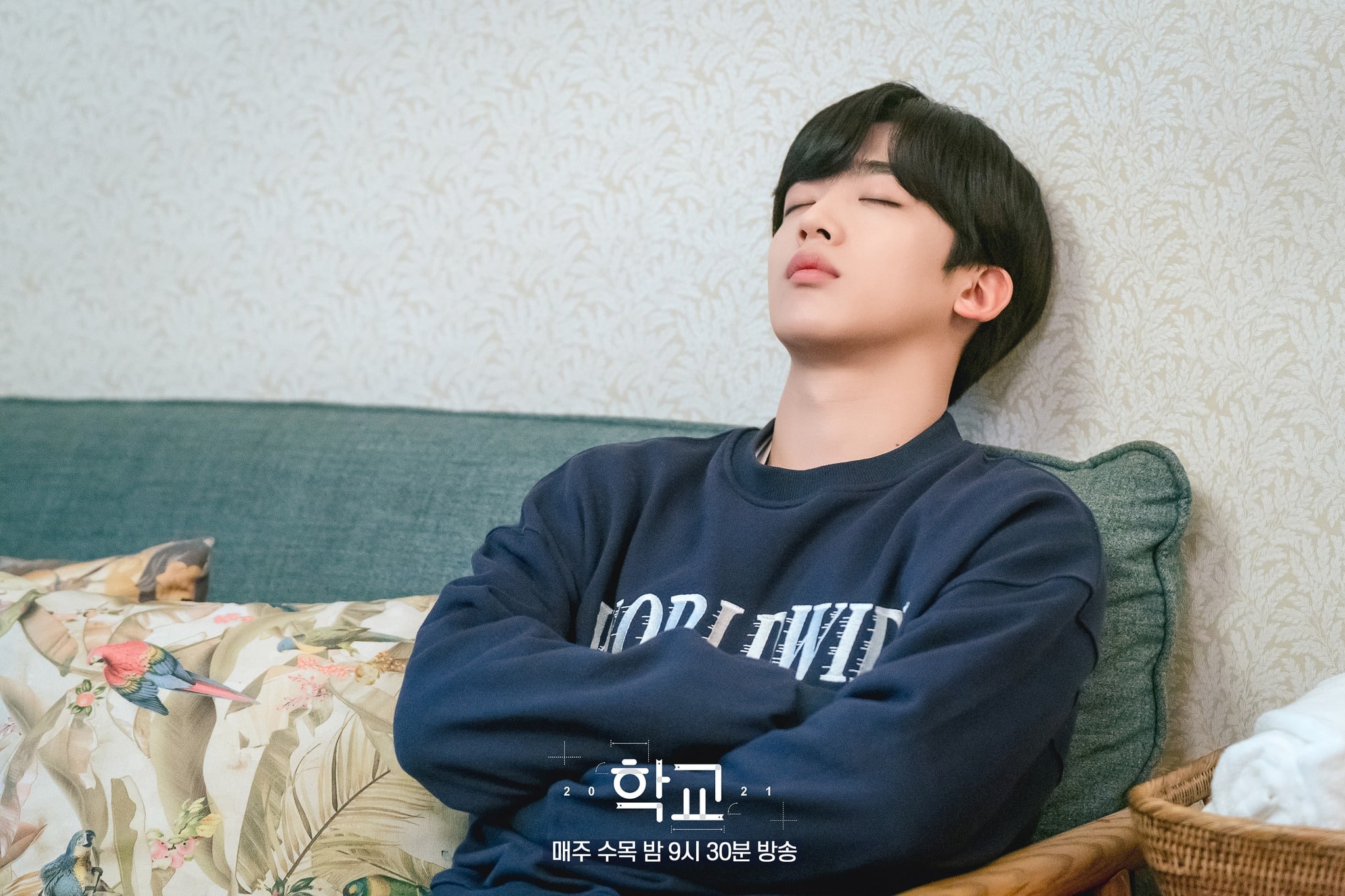 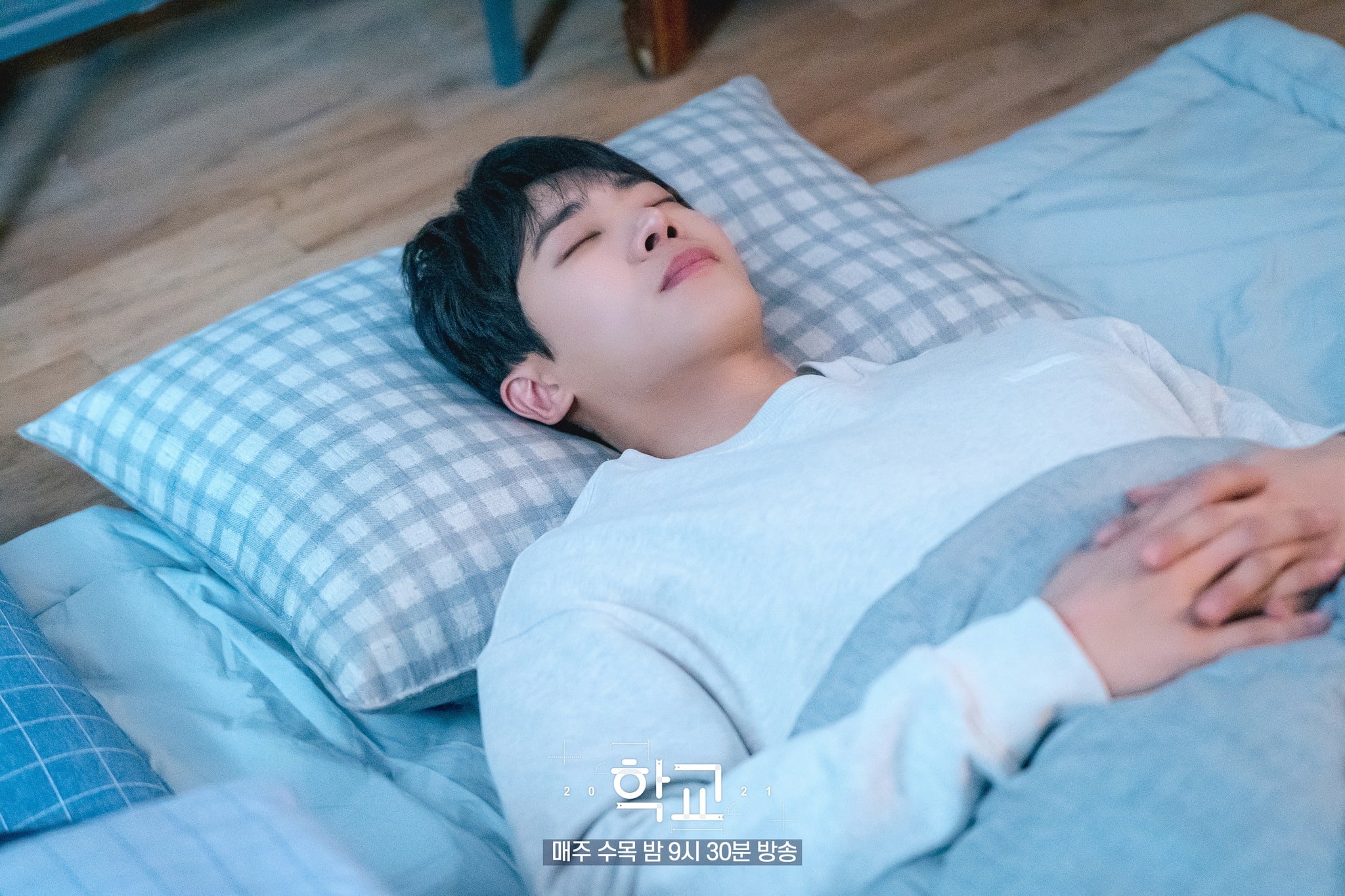 Kim Yo Han
WEi
School 2021
Chu Young Woo
How does this article make you feel?