JTBC’s upcoming drama “Forecasting Love and Weather” has shared a glimpse behind the scenes of its first script reading!

“Forecasting Love and Weather” is a new romance drama about the work and love lives of people who work at the Korea Meteorological Administration, Korea’s national weather forecast service. Park Min Young and Song Kang will star as Jin Ha Kyung and Lee Si Woo, two polar opposites who seem to have nothing in common.

The frosty Jin Ha Kyung, who is intelligent and highly organized, does everything by the book and is coldly fastidious about keeping her personal and professional lives separate. Meanwhile, the passionate Lee Si Woo, who boasts an impressive IQ of 150 but only cares about the weather, is a clumsy free spirit who is always thinking outside the box and is determined to achieve whatever he sets his heart on.

The newly released video begins with footage of the stars running through their lines at the table read, before rewinding all the way back to the cast members’ arrival.

Park Min Young introduces her character by explaining, “Maybe it’s because she began working at a young age and because of the environment she found herself in, but she’s a bit prickly and standoffish. So within her workplace, she’s a loner by choice.”

“Her role at work ends up changing,” continues Park Min Young,” and she’s a character who has to overcome all the things she goes through when that happens.” 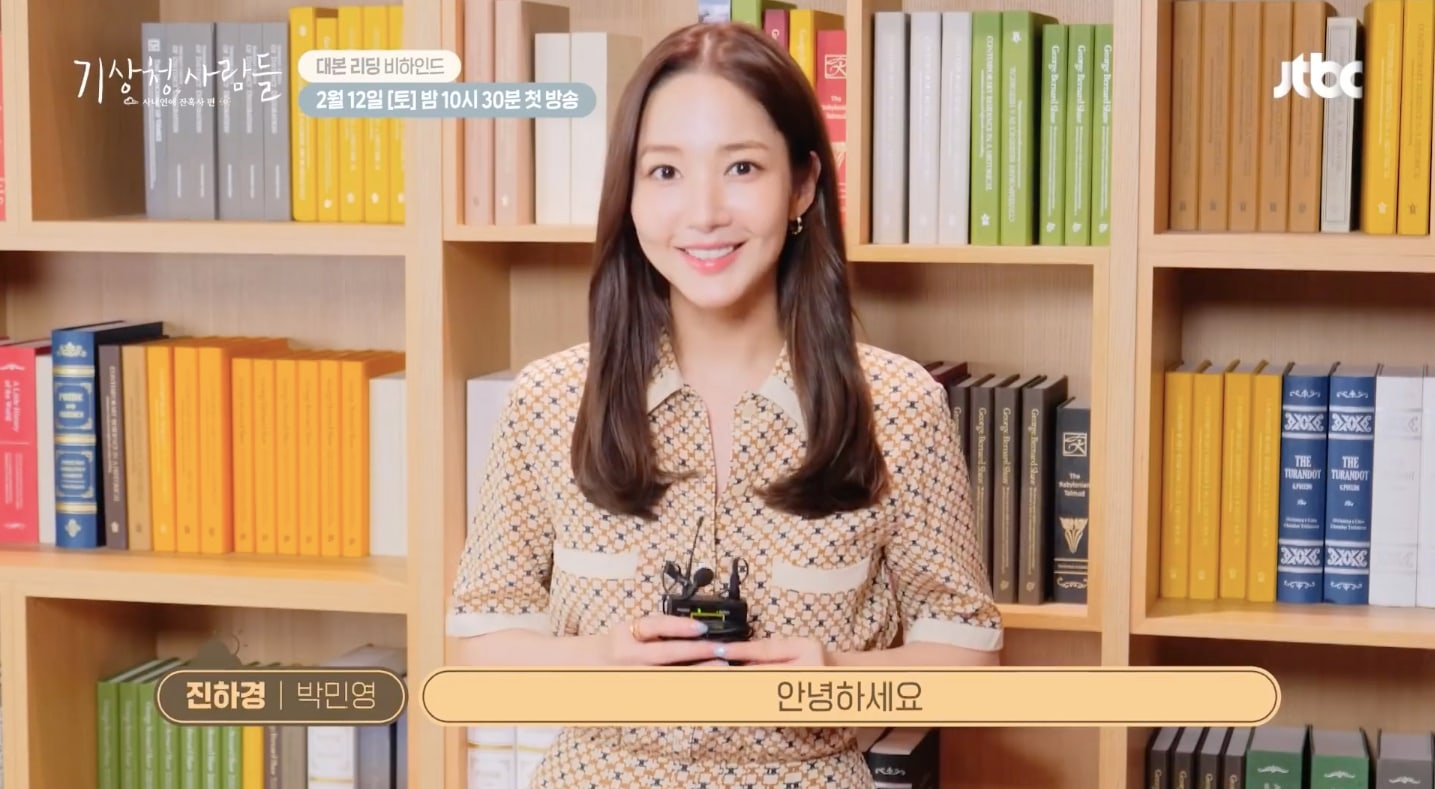 Meanwhile, Song Kang describes his character Lee Si Woo as “a kid who is blundering and quirkily unpredictable in his everyday life, but is extremely talented when it comes to the weather.” 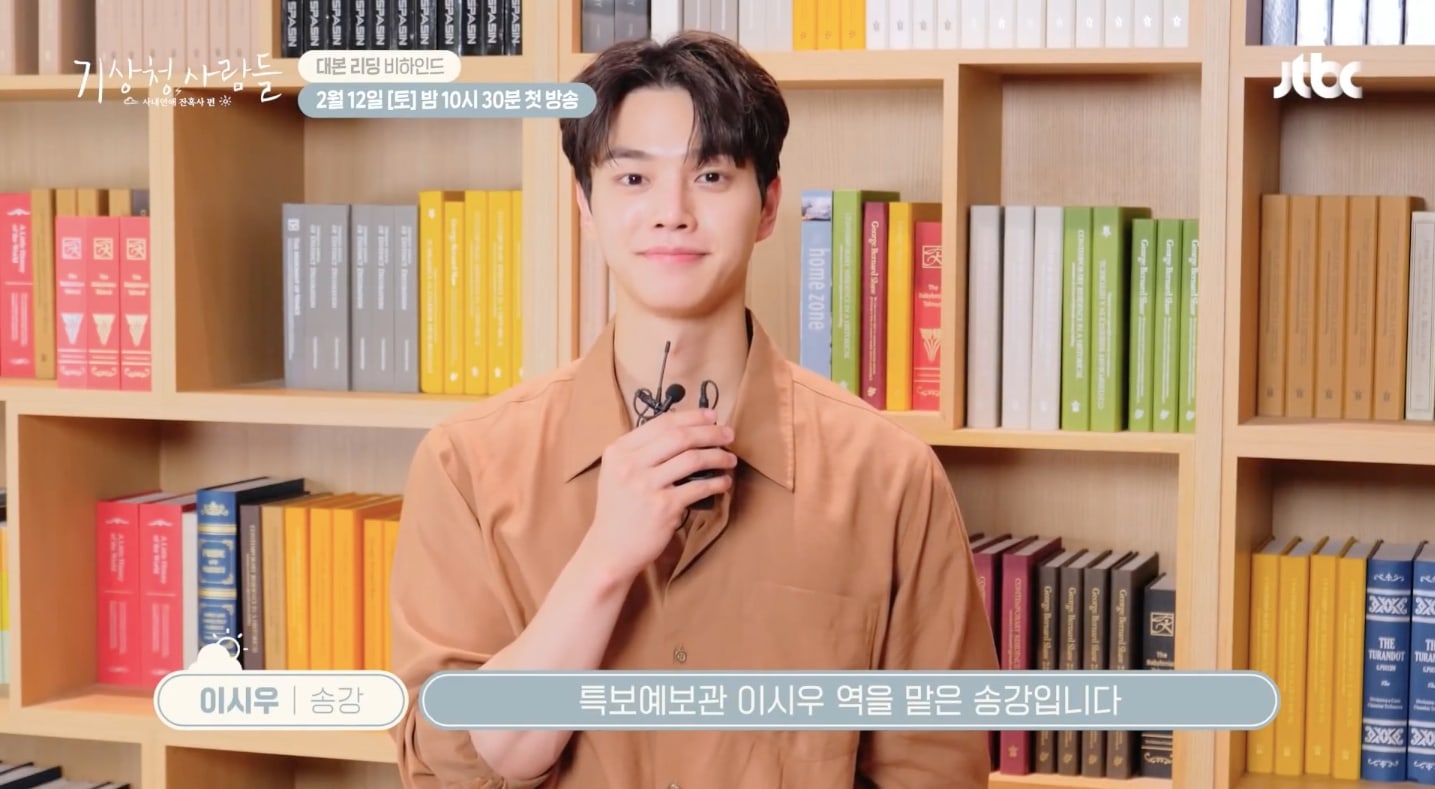 Yoon Bak will be playing the role of Han Ki Joon, Jin Ha Kyung’s silver-tongued ex-boyfriend. Describing his character, Yoon Bak says, “He wants to impress and look good in front of other people, but once you get to know him, he has his own flaws, and he has a hard time dealing with failure.” 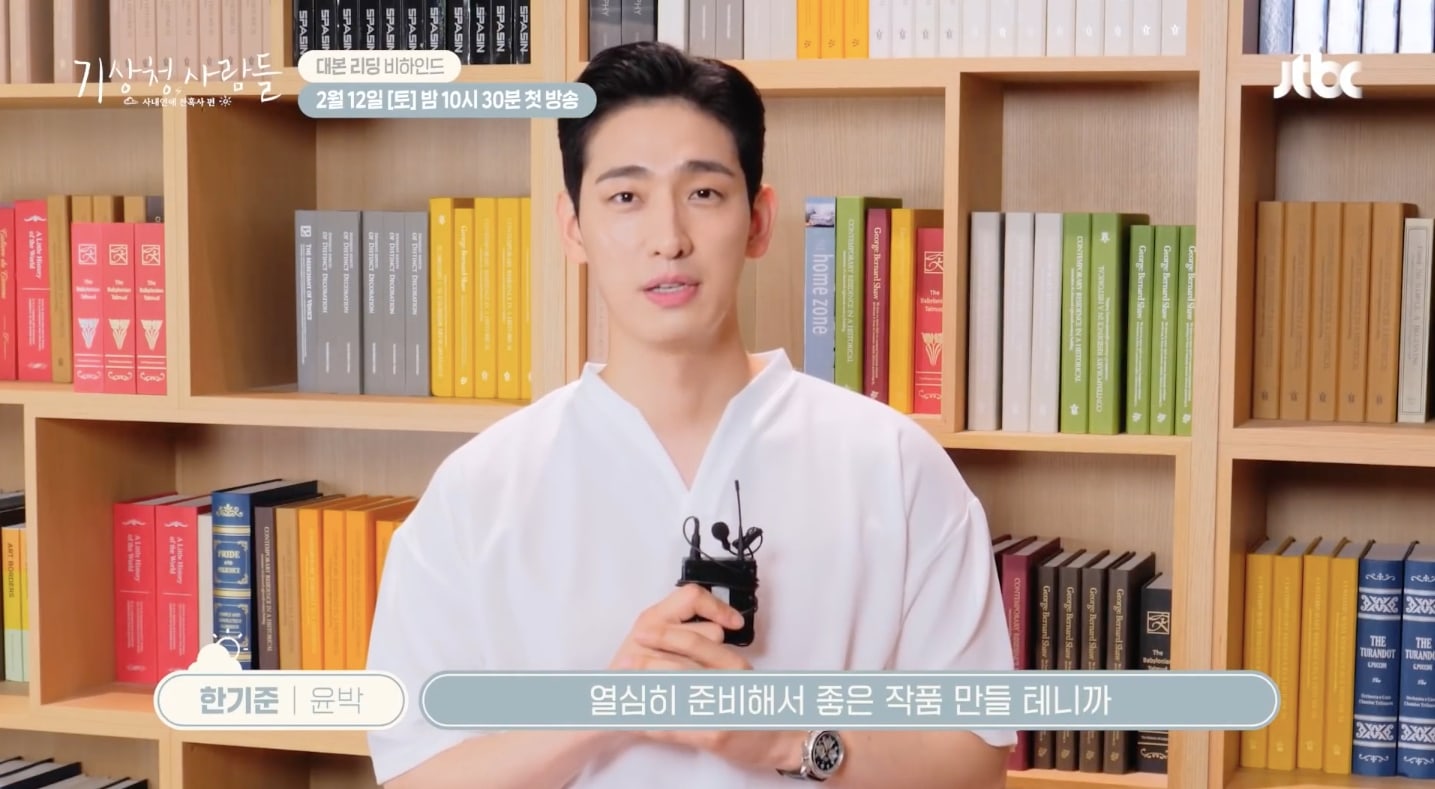 Girl’s Day’s Yura will be playing the role of daily weather reporter Chae Yoo Jin, who went into her job with lofty dreams and was disappointed to be assigned to the weather team. “She hasn’t established herself yet [at work], so she feels nervous and insecure, but she’s also very determined to succeed,” explains Yura. “She’s a character who captures the anxiety of people in their twenties.” 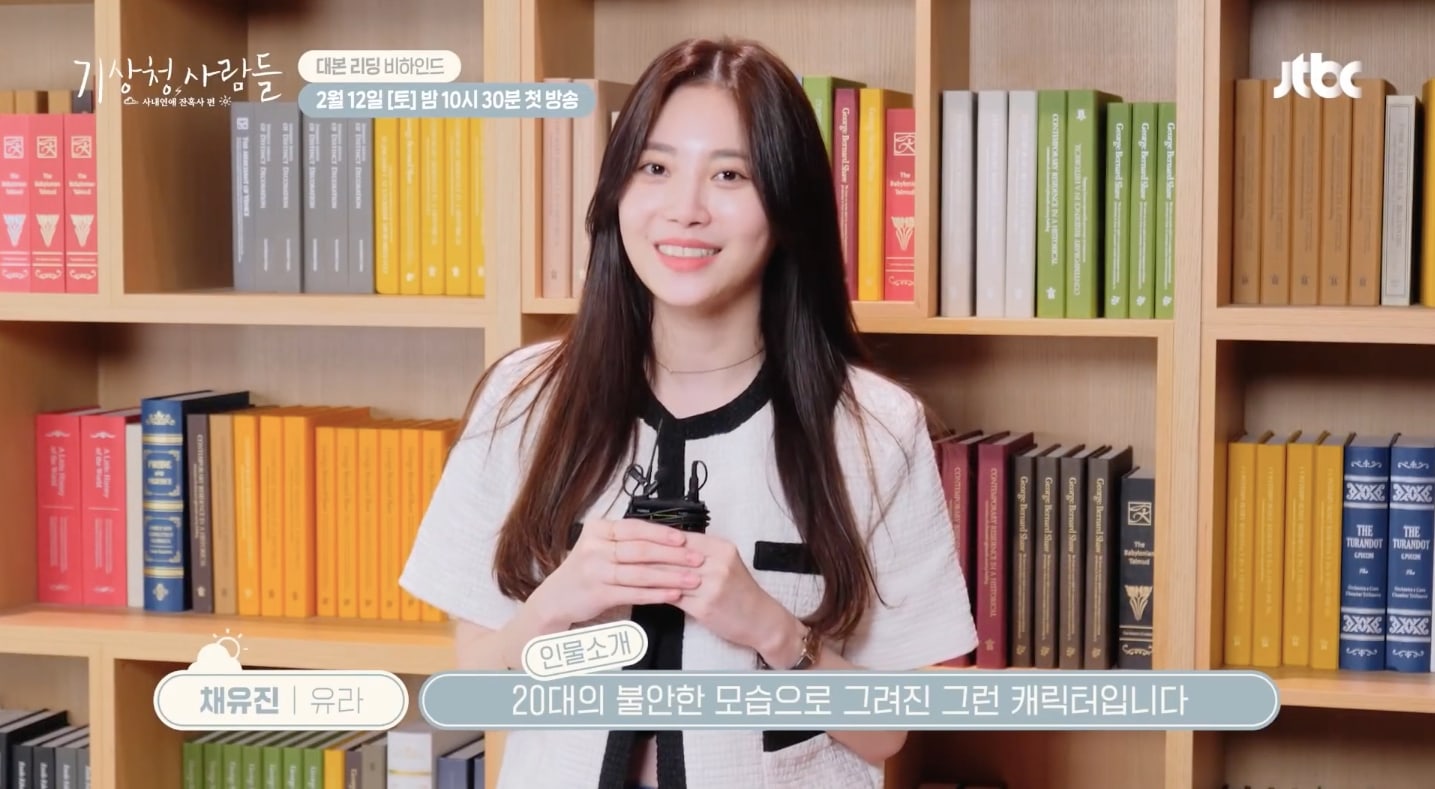 “I think this drama isn’t just a simple love story, but a drama that captures the stories of people,” comments Park Min Young. “Because it’s my first drama in a long while, I myself am really excited to be taking part in it.”

“When I first received the script, my first impression was that it felt very warm,” adds Song Kang. “I think it will be a really heartwarming and charming drama.”

Yoon Bak wraps up the video by telling viewers, “We’ll work hard to create a great drama, so please tune in and give our show lots of interest,” and Song Kang chimes in, “Please give us lots of love.”

“Forecasting Love and Weather” will premiere on February 12 at 10:30 p.m. KST. In the meantime, check out the new behind-the-scenes video below!

While you wait for “Forecasting Love and Weather,” watch Park Min Young in “I’ll Go to You When the Weather is Nice” with subtitles here…

…and Song Kang in “When the Devil Calls Your Name” below!