With only three episodes left of “Snowdrop,” JTBC has shared some final key questions to be answered!

The final three episodes will give a closer look at the characters’ hidden backstories, and present new, unpredictable, and exciting scenarios. Here are four questions that will soon be answered in “Snowdrop”!

1. What will be the fate of the students and agents held hostage as the sacrificial lambs of both North and South Korean authorities?

As the election draws closer, curiosity is rising about whether the students and agents being held hostage in the women’s university will be able to come out alive. In the last episode, Nam Tae Il (Park Sung Woong), the secretary-general of the ruling party, ordered a team of shooters to move in on the Hosu Women’s University dorm. Viewers can look forward to seeing what other lengths Nam Tae Il will go to in order to stop the hostages from escaping and win some brownie points from Code 1.

On the other hand, Eun Chang Soo (Heo Joon Ho) wakes up after he is shot on Nam Tae Il’s orders. Although they’ve never been too friendly, Eun Chang Soo will no longer hesitate to express his anger at Nam Tae Il, potentially changing the hostage situation. There is also a lot of focus on the decisions that Su Ho, Kang Chung Ya (Yoo In Na), and Lee Kang Moo (Jang Seung Jo) will make. To follow through with their plan, Kang Chung Ya escapes from the dorm, but the latest episode ended with Su Ho and Lee Kang Moo pointing guns at one another, raising questions about their alliance. 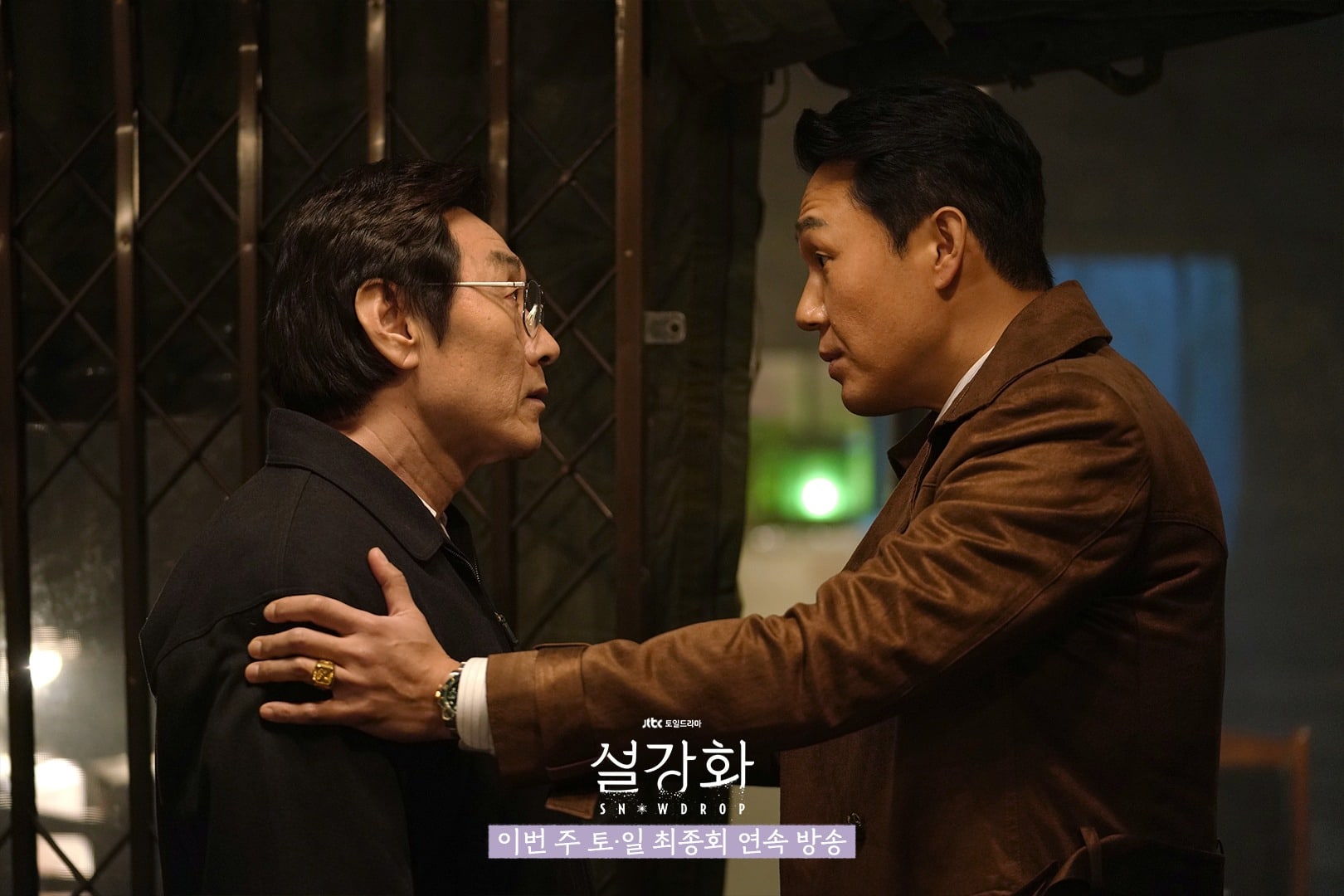 2. Will Su Ho and Young Ro be able to continue their romance?

With so much happening around them, viewers are left to wonder whether Su Ho and Young Ro will ever be able to develop their relationship in peace. The two first grew fond of each other after meeting on a group blind date but when they’re reunited in this hostage situation, they find out each other’s true identities and are forced against each other. After numerous misunderstandings and various obstacles, the two were finally able to confirm their feelings for one another. However, even if they are able to safely escape, Young Ro is still the daughter of ANSP director Eun Chang Soo, and Su Ho must return to North Korea to ensure the safety of his younger sister. Stay tuned to see what happens to the couple when nothing appears to be in their favor. 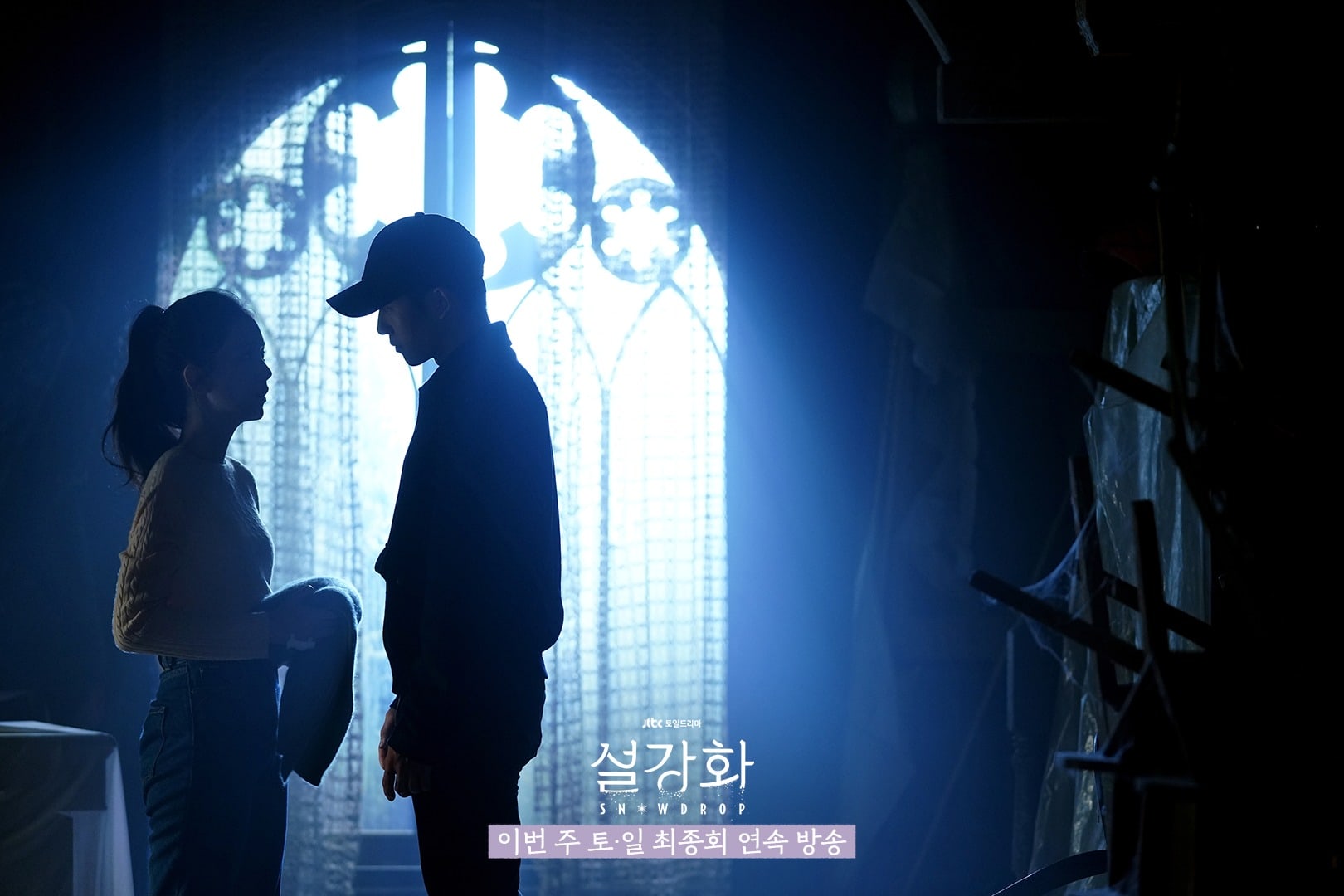 3. What will happen with Kang Chung Ya’s takeover operation?

In the previous broadcast, Chung Ya escapes the dorm after deciding that she can have the upper hand in negotiations with Lim Ji Rok (Jun Moo Song), the Head of North Korea’s United Front Department, if she intercepts the 300 million won (approximately $247,783) that he’s expecting. To do so, she sends her friend Linda as a fake foreign fund manager to Choi Mi Hye (Baek Ji Won), the wife of Ahn Kyung Hee (Lee Hwa Ryong) who is the chief of ANSP’s Office of Planning and Coordination. Following the orders of Lee Kang Moo, Han Na (Jung Yoo Jin) also follows Kang Chung Ya around and bugs her home. Since no one outside of the dorm is aware of Kang Chung Ya’s true identity as a North Korean spy, there are many questions about whether she will actually go back to the dorm with the money. 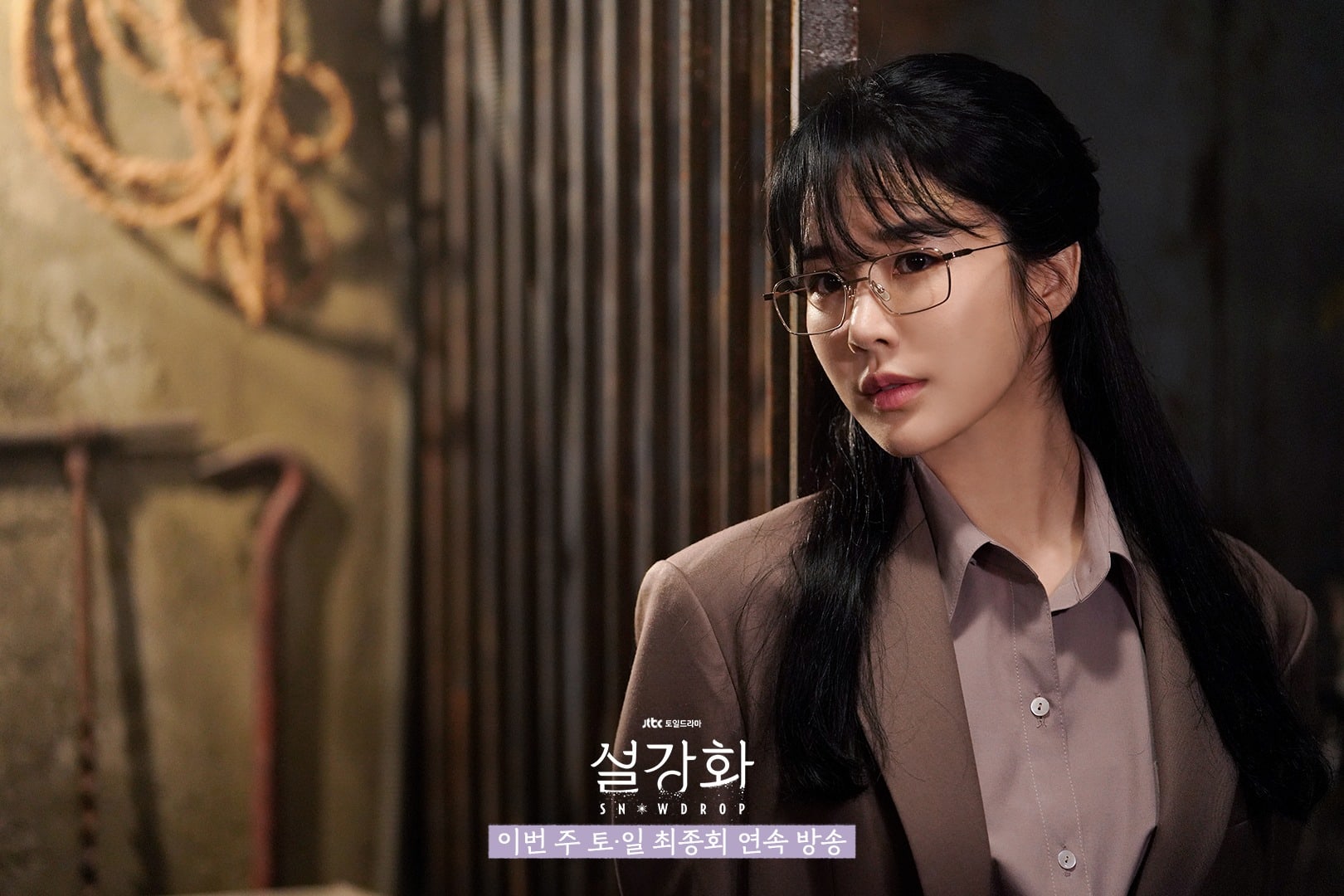 There is one huge mystery remaining in “Snowdrop” which is the identity of Haegeumsung No. 1. While there are four known North Korean spies in the dorm, there is a mysterious fifth agent who sent Lim Ji Rok a message as Haegeumsung No. 1, telling him that Su Ho was working with Lee Kang Moo. Once Su Ho and Lee Kang Moo discover that an unidentified spy has ratted them out, they also learn that this spy has been hiding in the dorm long before either of them were there. In the final episodes, viewers will be able to see what kind of danger Haegeumsung No. 1 will pose to the hostages. 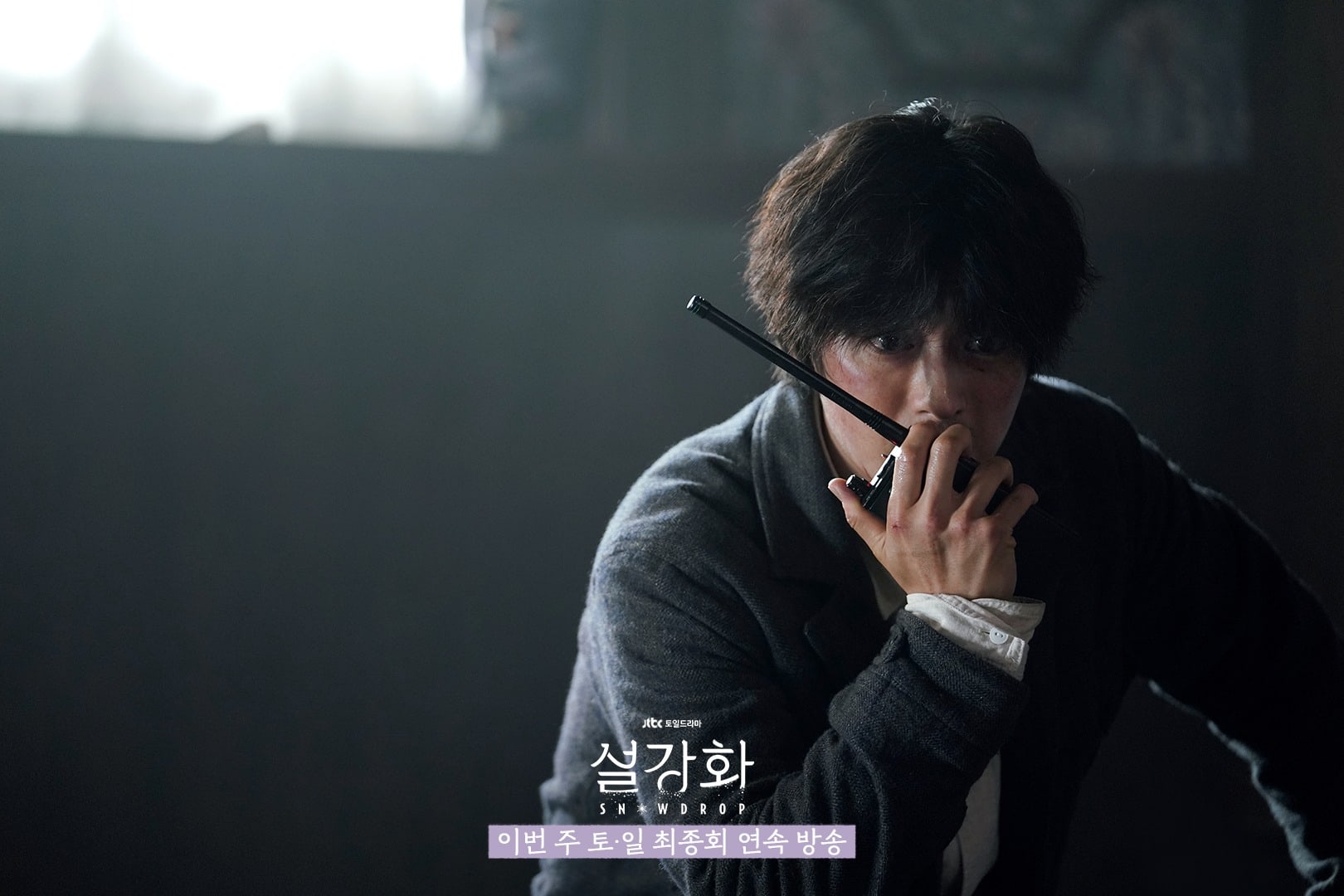 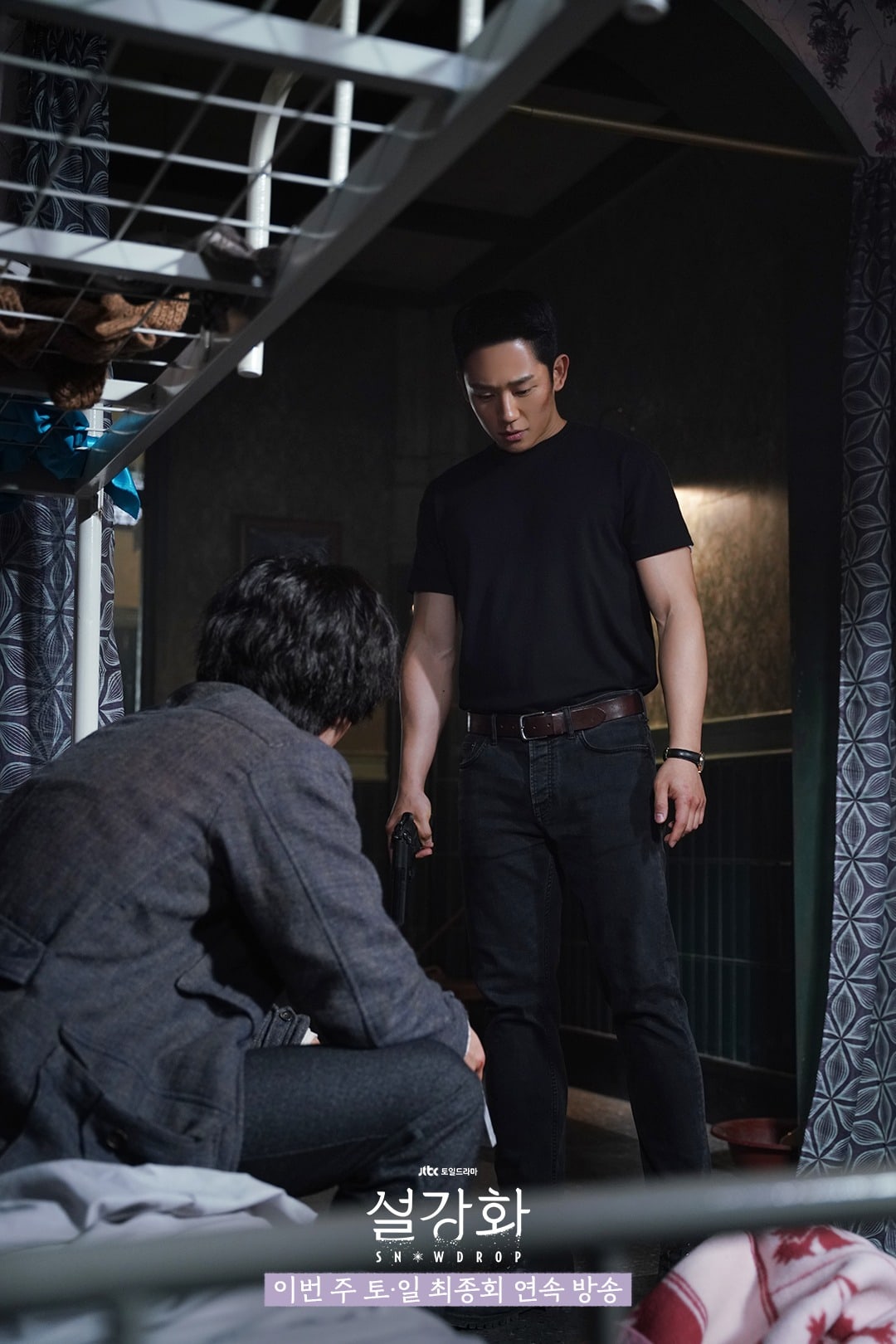 JTBC’s Snowdrop” airs its next episode on January 29 at 10:30 p.m. KST. The final two episodes will air consecutively on January 30 starting at 10 p.m. KST.

BLACKPINK
Jung Hae In
Jang Seung Jo
Yoo In Na
Jisoo (BLACKPINK)
Snowdrop
How does this article make you feel?