The relationship between Han Chae Young and Koo Ja Sung is heating up in the upcoming episode of “Sponsor”!

Previously, aspiring model Hyun Seung Hoon made it to the final round of “Runway Homme Fatale” with the help of his sponsor Han Chae Rin. Although Han Chae Rin helped him without any conditions other than to be honest with her, Hyun Seung Hoon was caught hiding the truth about his terminally ill son. However, rather than getting angry at him, Han Chae Rin shockingly suggested that they sleep together. 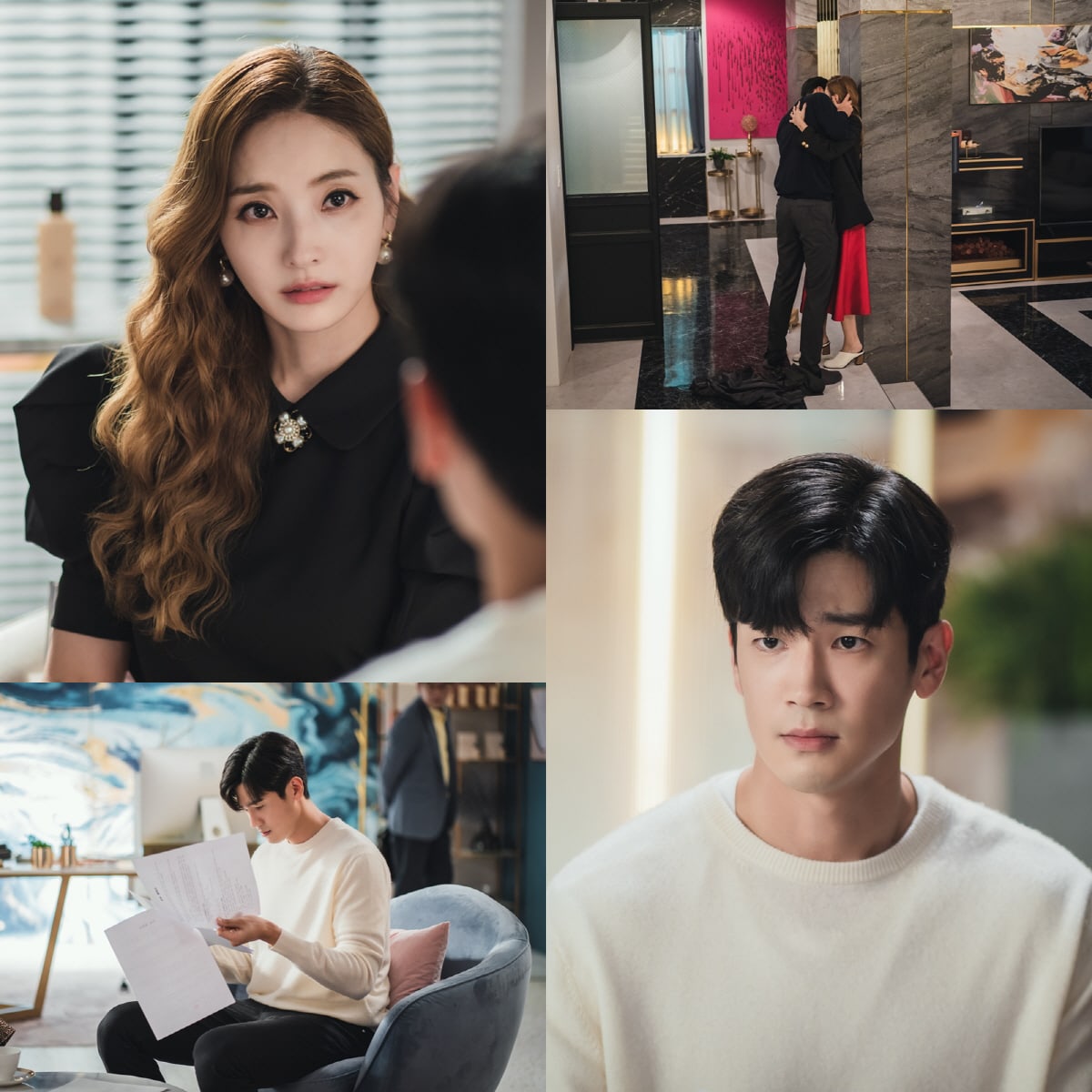 The production team shared, “In today’s broadcast, the story of forbidden love will officially begin. In particular, Han Chae Rin and Hyun Seung Hoon will dig deep into each other’s hearts and begin to shake up their lives. Please keep a watch out for the selfish and reckless decisions they will make.”