The cast of “Military Prosecutor Doberman” has shared farewell message to viewers following the drama’s finale!

On April 26, tvN’s “Military Prosecutor Doberman” aired its final episode after a successful run. The drama follows the story of two military prosecutors who chose the same job for very different reasons. Ahn Bo Hyun stars as Do Bae Man, an apathetic prosecutor who only took the job for money, while Jo Bo Ah stars as heiress Cha Woo In, who became a military prosecutor for revenge.

Ahn Bo Hyun commented, “‘Military Prosecutor Doberman’ was a project that allowed me to grow and meet many good people, so I feel regretful to let it go. I felt a lot of pressure while preparing for this drama and my mind was filled with worry of if I’d be able to do well.”

He continued, “When I first came across the character of Do Bae Man, I thought about what I could do to properly portray a role that sits vaguely between good and evil and whether I’d be able to convey that well. I talked a lot about these concerns with the writer and director and read over the script numerous times to work towards understanding my character and grasping the details. Rather than create a fictional character, I thought I’d have to capture the person ‘Ahn Bo Hyun’ and I was able to enjoyably film while gradually becoming Do Bae Man himself.”

Ahn Bo Hyun added, “I’m thankful to the director, writer, all the staff members, and fellow actors who worked together from the cold winter to the spring and I also sincerely thank the viewers who sent lots of love to ‘Military Prosecutor Doberman.’ It was an honor that you started your week with our drama.” 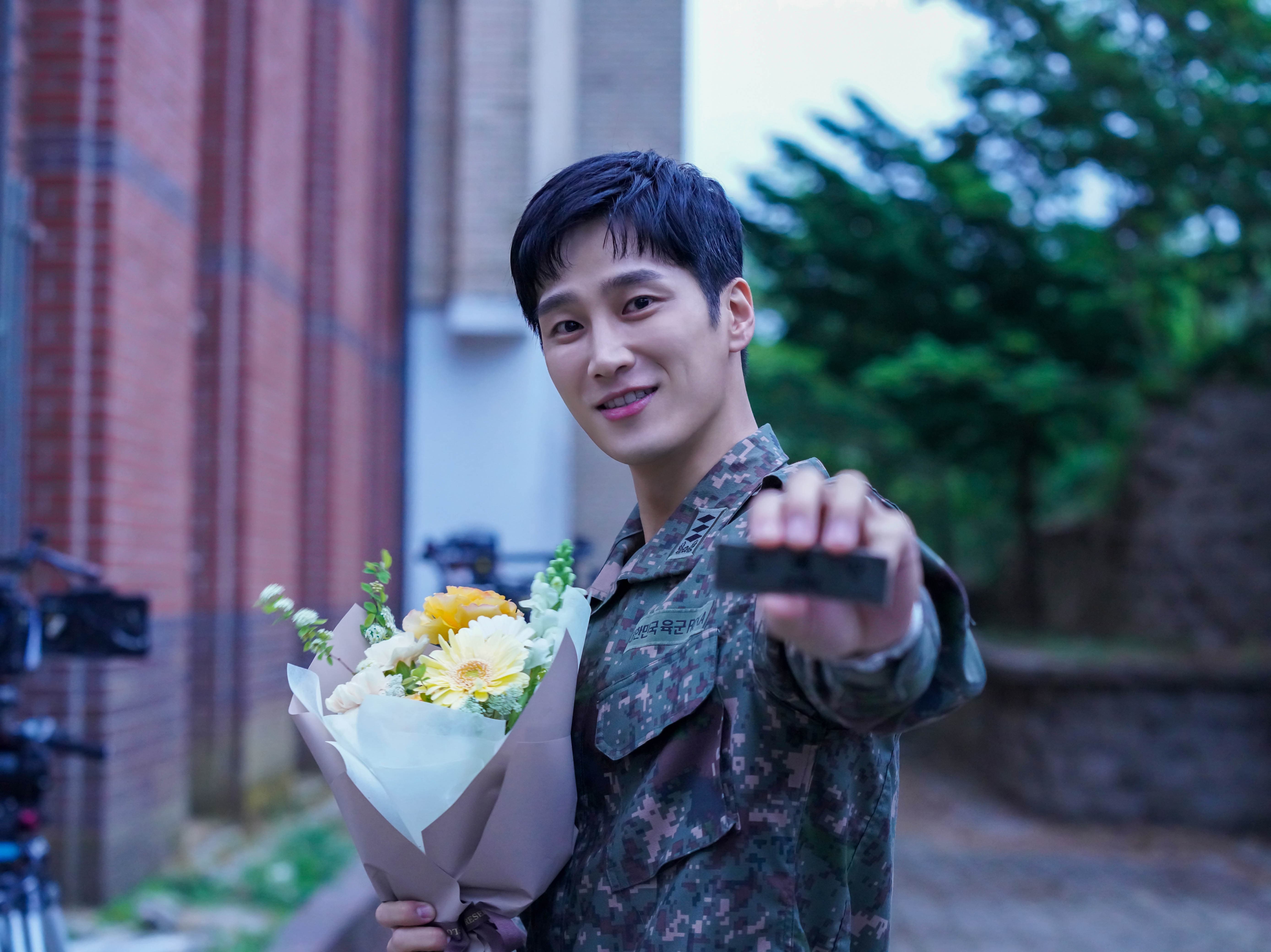 Jo Bo Ah commented, “It was such great luck that I was able to meet the director, writer, staff members, and actors that I made great efforts with for the past seven months. This was a project that often made me think about how we were all working together to create one project. Since many people recognized the process and results and watched enjoyably, I’m currently feeling incredibly happy.” Lastly, she shared, “Thank you so much to everyone who watched and loved [‘Military Prosecutor Doberman’] up until now.” 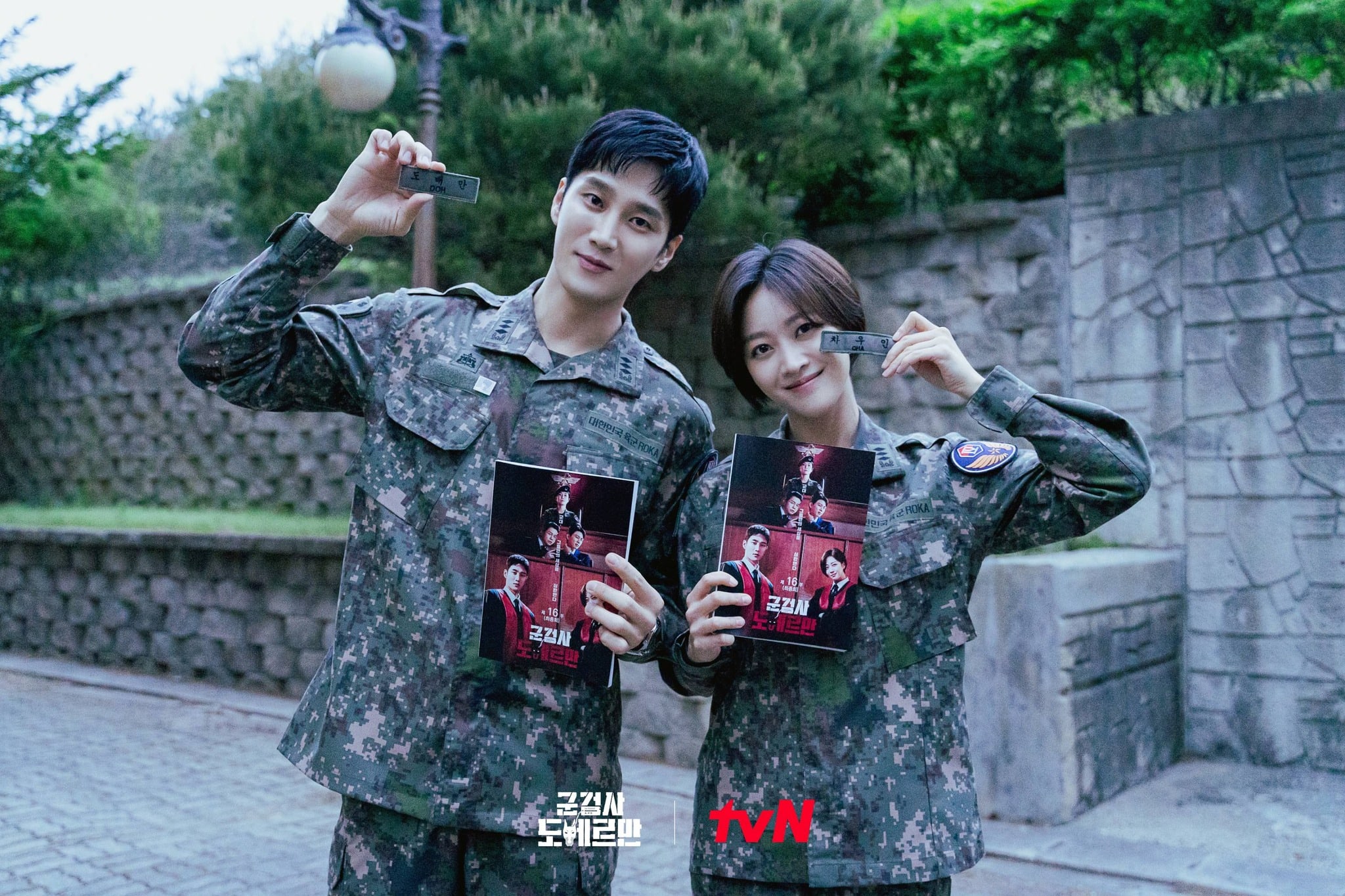 In her first drama role in nearly eight years, Oh Yeon Soo left a lasting impression with her portrayal of the villain Noh Hwa Young. The actress shared, “I worried about whether I’d be able to do well because I was appearing in my first drama in eight years and playing a villain for the first time. However, I think I was able to film enjoyably and comfortably thanks to the viewers’ love and attention, as well as all the staff members and actors on set who helped me a lot. Once again, I want to say thank you to the viewers who loved and cherished ‘Military Prosecutor Doberman’ and all of our staff members.” 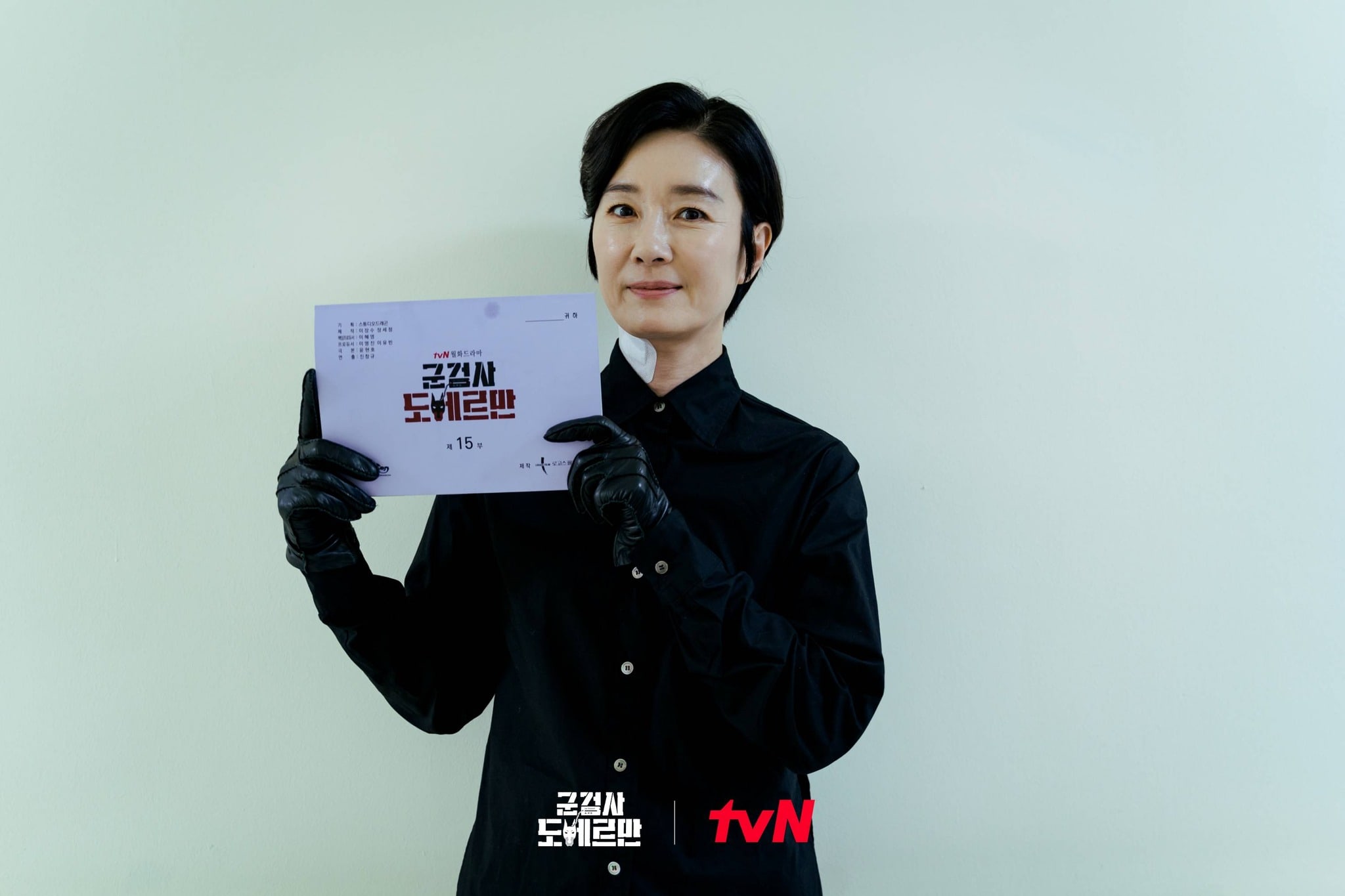 Kim Young Min, who played Yong Moon Goo, commented, “Thank you so, so much for loving ‘Military Prosecutor Doberman’ until now. Thanks to the viewers’ support, I was able to overcome both COVID-19 and the winter. Although I was a villain character that could not receive love, it was an honor to be a part of this project.” He jokingly added, “I hope there is never anyone like Yong Moon Goo around you. I wish you a warm and happy spring.” 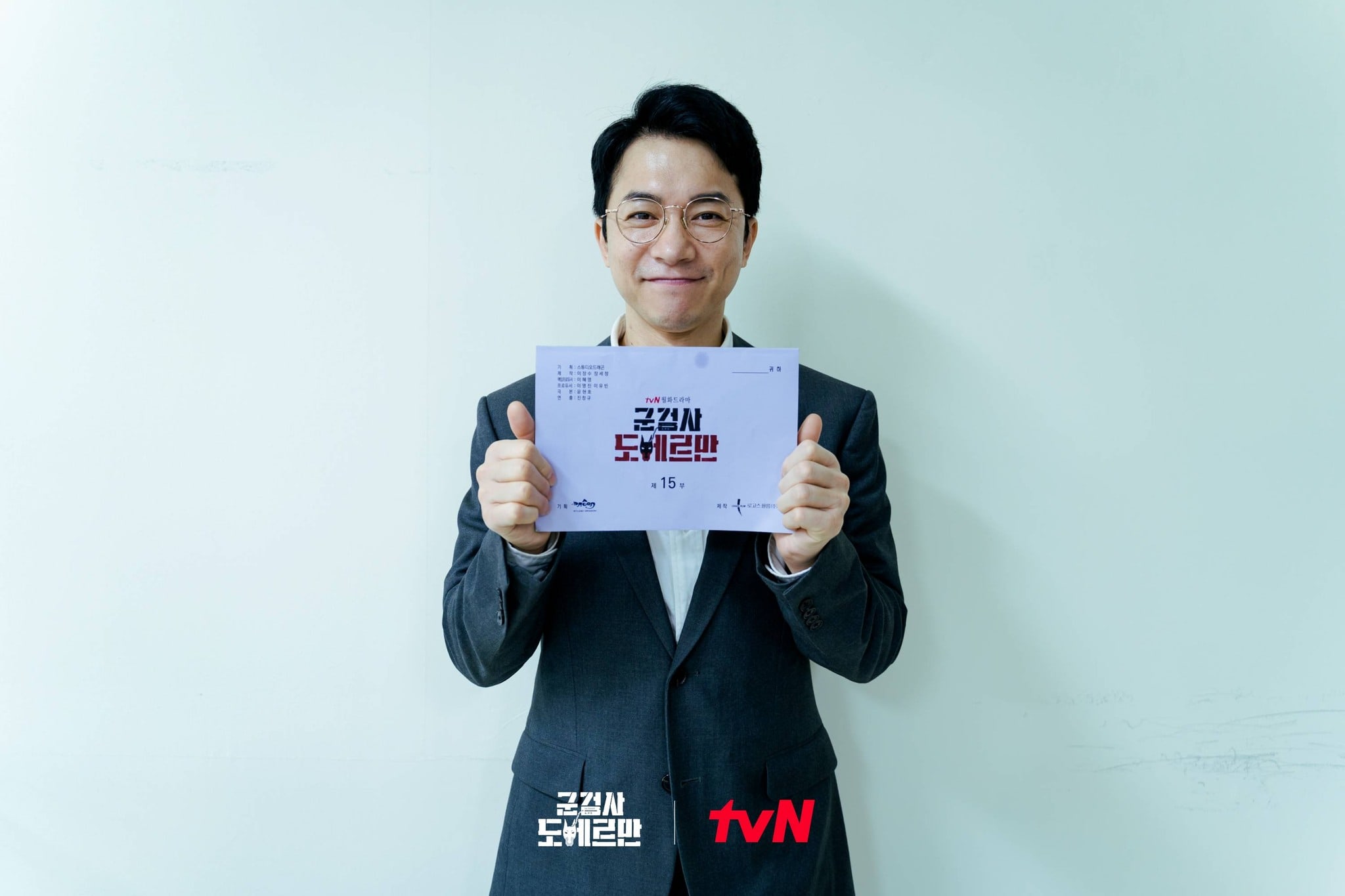 Kim Woo Seok portrayed Noh Tae Nam, who although was a villain, was so pitiful that he was hard to dislike. The actor shared, “As this was my first time in a role with such bad behaviour, this was a project I pondered a lot about. Now that it’s already the end, it doesn’t feel real. Since this is a project that all the actors and staff members did their best for until the very end, I think I’ll remember it for a long time. I’m so thankful to have been a part of this project and I want to say thank you so much to the viewers who watched until the end.” 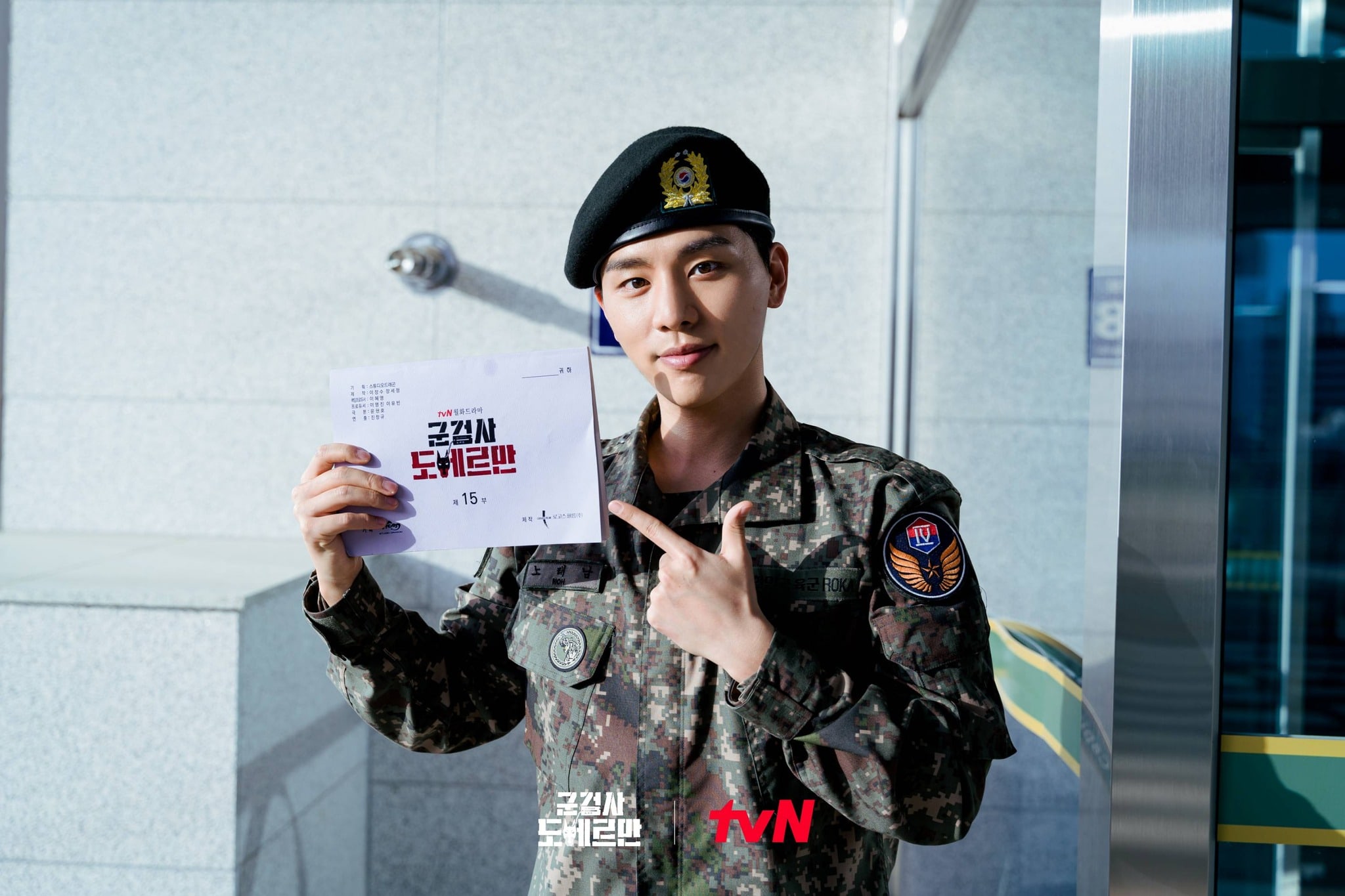 The drama’s producers commented, “‘Military Prosecutor Doberman’ was able to get to this point thanks to the actors’ special affection and effort, as well as the viewers’ support.”

In case you missed it, start watching “Military Prosecutor Doberman” with subtitles here!