Gaon Chart has revealed its chart rankings for the week of April 24 to 30!

MONSTA X topped this week’s physical album chart with their new mini album “SHAPE of LOVE,” while MAMAMOO’s Moonbyul’s solo single album “C.I.T.T (Cheese In The Trap)” entered the chart at No. 2.

Finally, Stray Kids’ latest mini album “ODDINARY” shot back up the chart to round out this week’s top five. 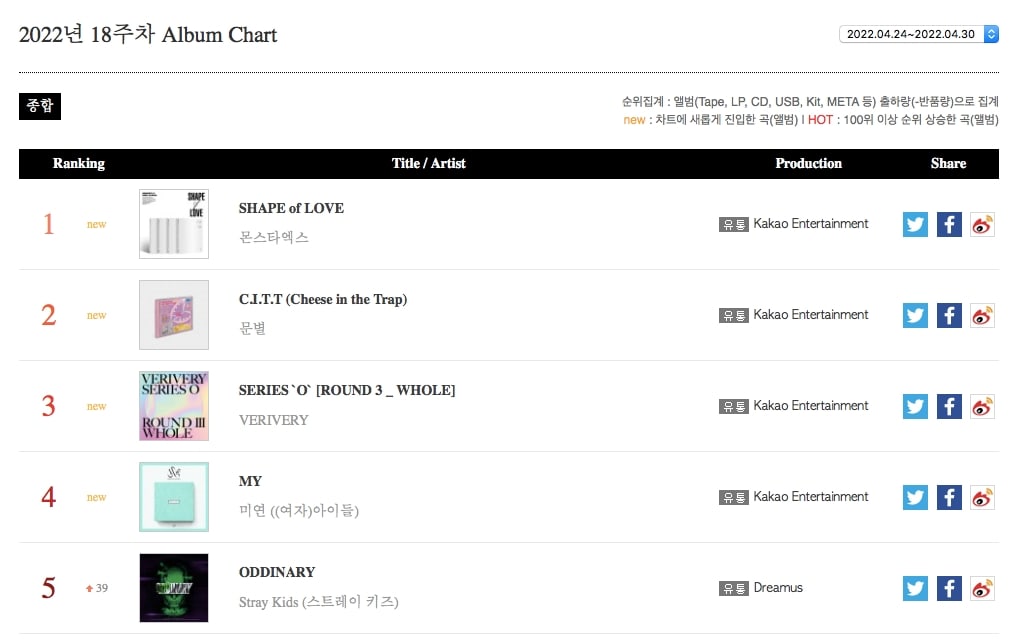 The top five songs on this week’s overall digital chart and streaming chart were exactly the same: BIGBANG achieved a double crown after topping both charts with their smash hit “Still Life,” while IVE’s “LOVE DIVE” rose to No. 2. 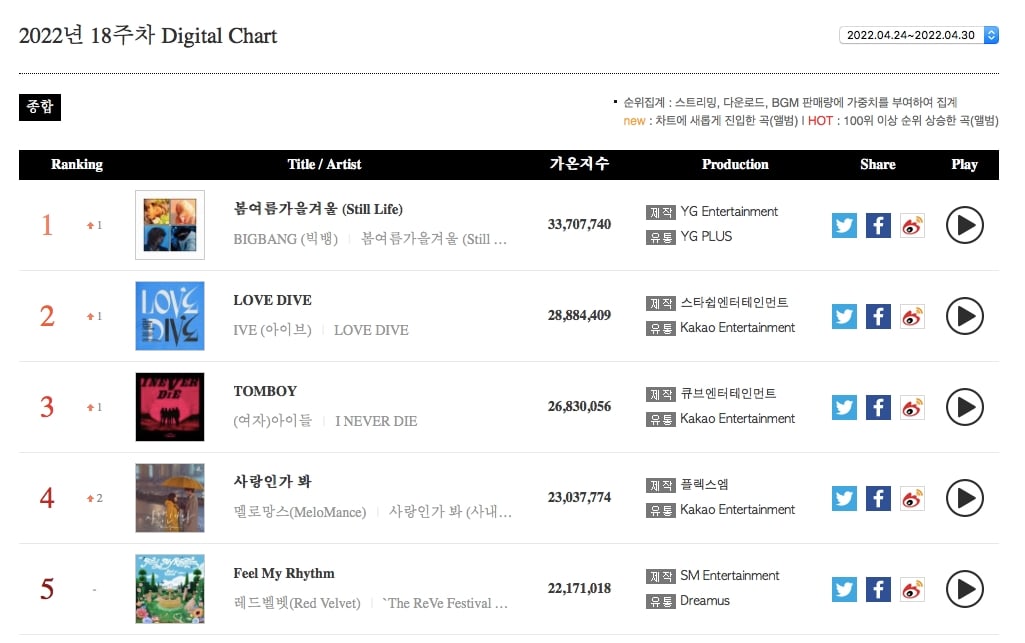 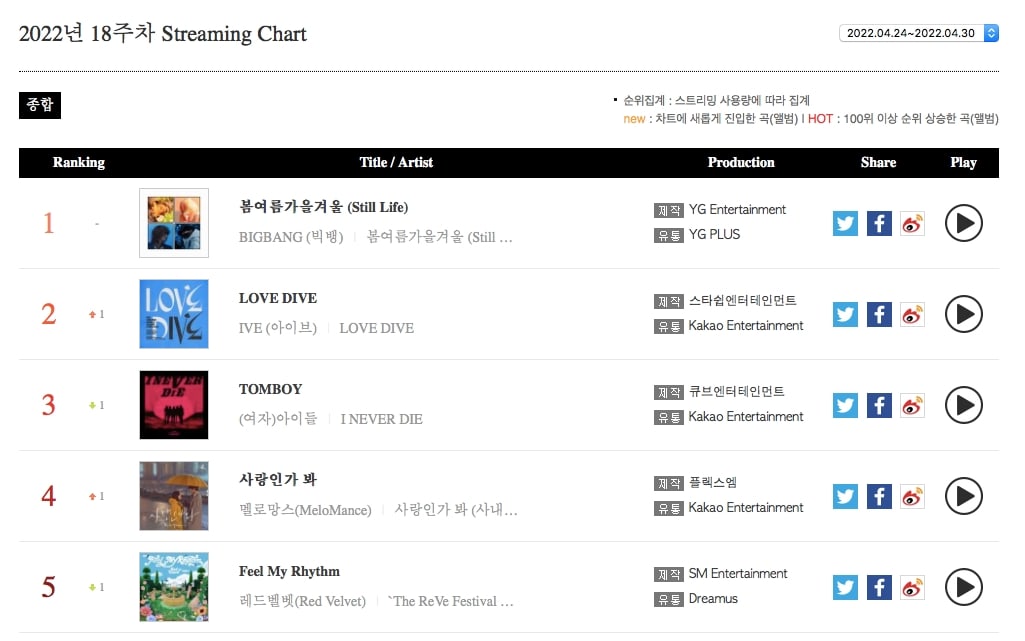 Lim Young Woong’s “Our Blues” held onto its spot at No. 1 on the digital download chart for the second consecutive week.

BTS’s Jimin and Ha Sung Woon‘s “With You” (from the soundtrack of “Our Blues”) debuted at No. 2 on the chart, followed by MONSTA X’s new title track “LOVE” at No. 3 and PSY’s own title track “That That” (produced by and featuring BTS’ Suga) at No. 4.

Finally, BIGBANG’s “Still Life” rounded out the top five for the week. 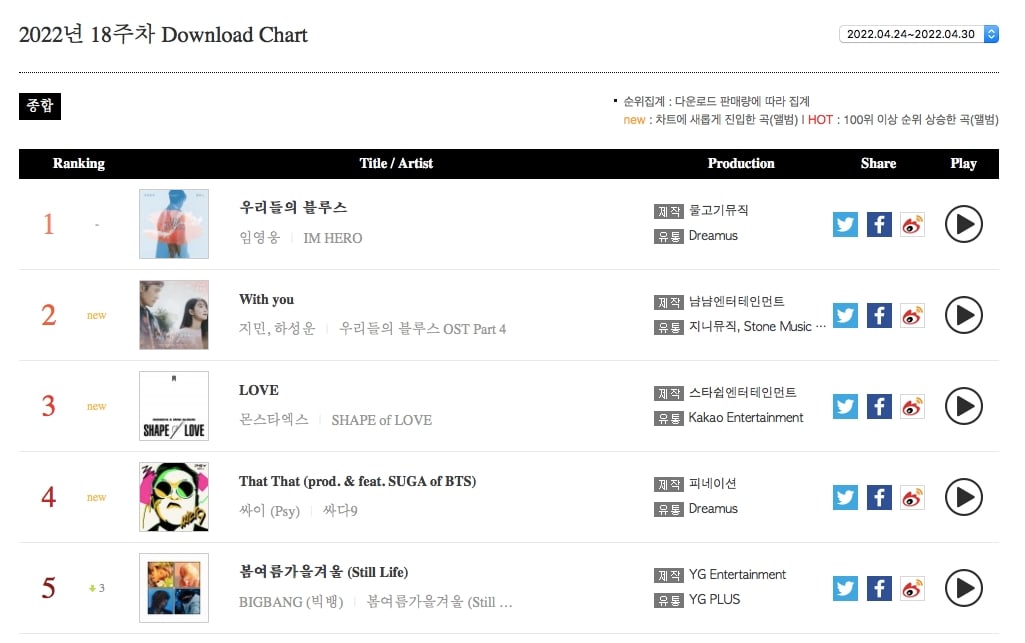 BTS defended their position at No. 1 on the social chart this week, with BLACKPINK similarly holding onto their spot at No. 2.

TREASURE rose to No. 3, trailed by BLACKPINK’s Lisa at No. 4 and Lim Young Woong at No. 5. 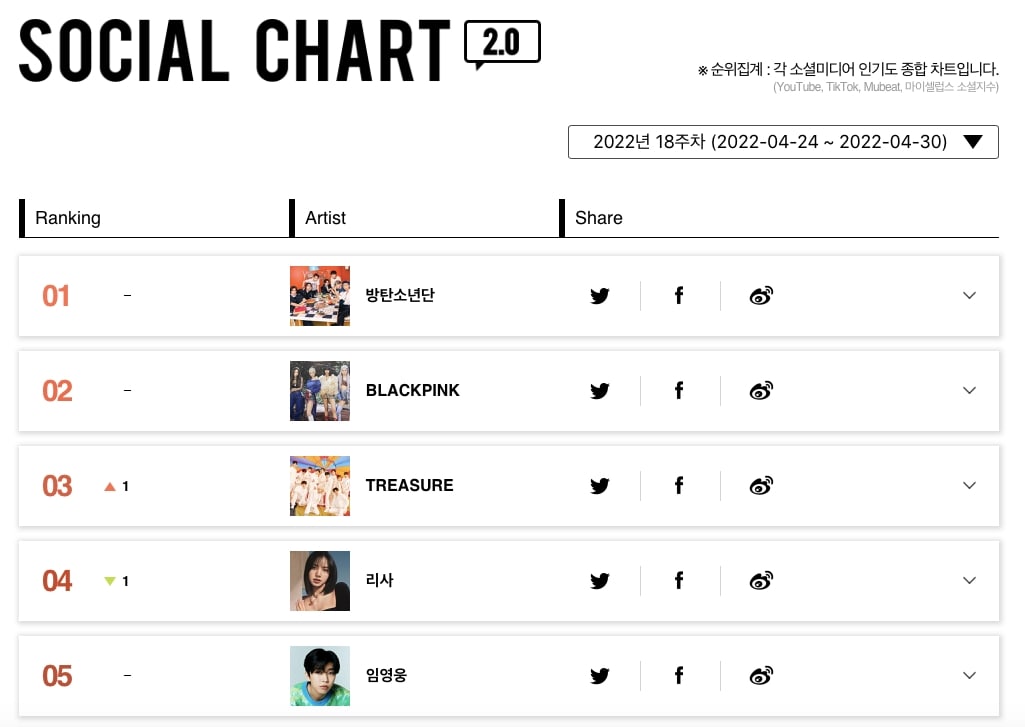