Lee Yo Won will get personally involved in the swirling rumors about Kim Kyu Ri in JTBC’s “Green Mothers’ Club”!

“Green Mothers’ Club” is a drama about the dangerous relationships between parents at a local elementary school—and the hidden dark side of a seemingly friendly community. Lee Yo Won, Chu Ja Hyun, Jang Hye Jin, Kim Kyu Ri, and Joo Min Kyung star as five very different mothers who belong to the same parents association at the school.

On the previous episode of “Green Mothers’ Club,” Lee Eun Pyo (Lee Yo Won) overheard students gossiping about the late Seo Jin Ha (Kim Kyu Ri) at the school where she is currently teaching. After hearing the rumors about the scandalous reasons for her suicide and the nude photo of her that is supposedly making the rounds amongst students, the shocked Lee Eun Pyo couldn’t help interrupting their conversation to ask about what they were discussing.

In the upcoming episode of the drama, Lee Eun Pyo will embark on a quest to figure out what happened and how the rumors regarding Seo Jin Ha came about. Newly released stills from the episode capture Lee Eun Pyo personally seeking out students to ask them about the photo and find out where it came from. In one photo, she looks angry as she interrogates a male student with her arms crossed; in another, she appears troubled as she looks at something on another student’s phone. 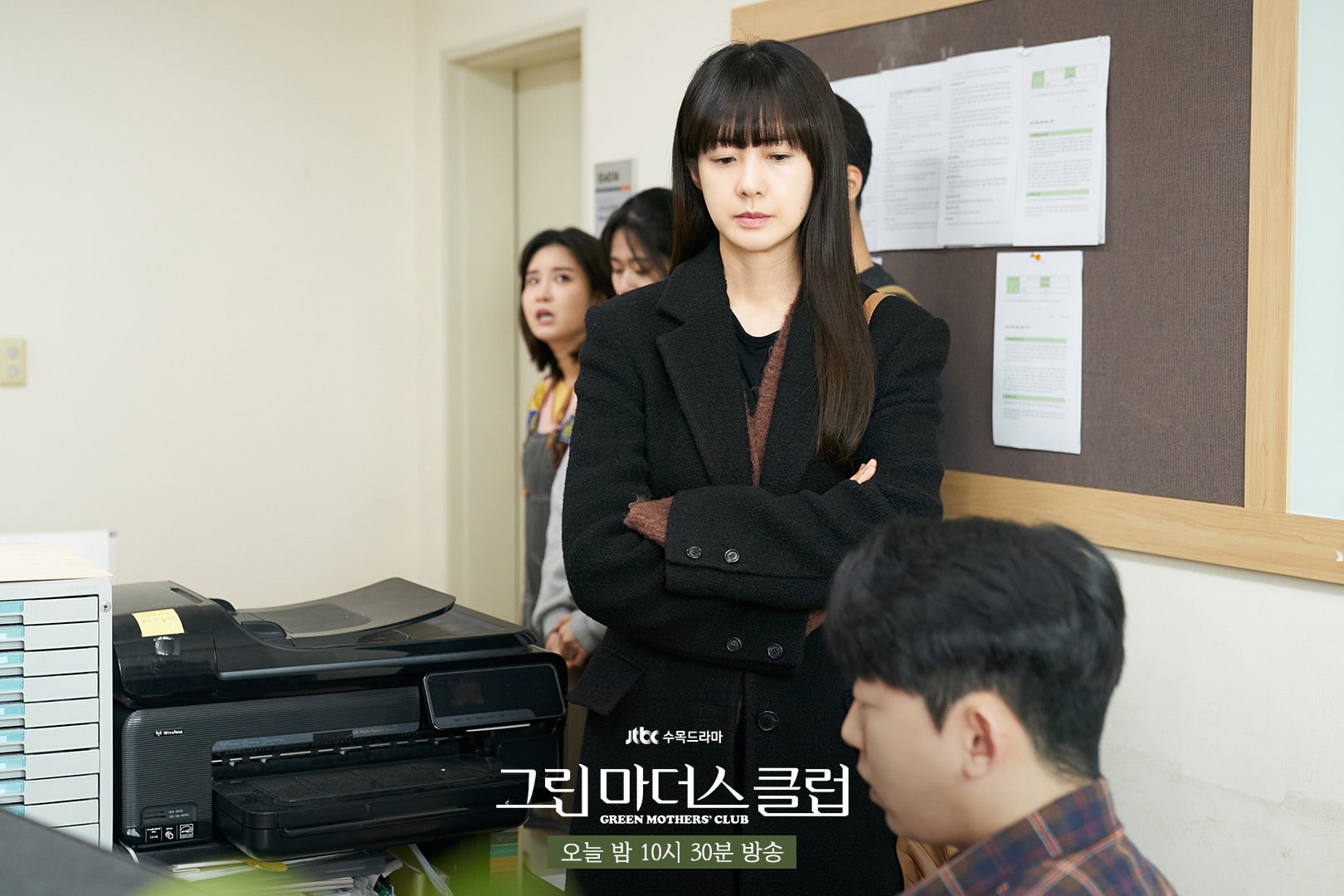 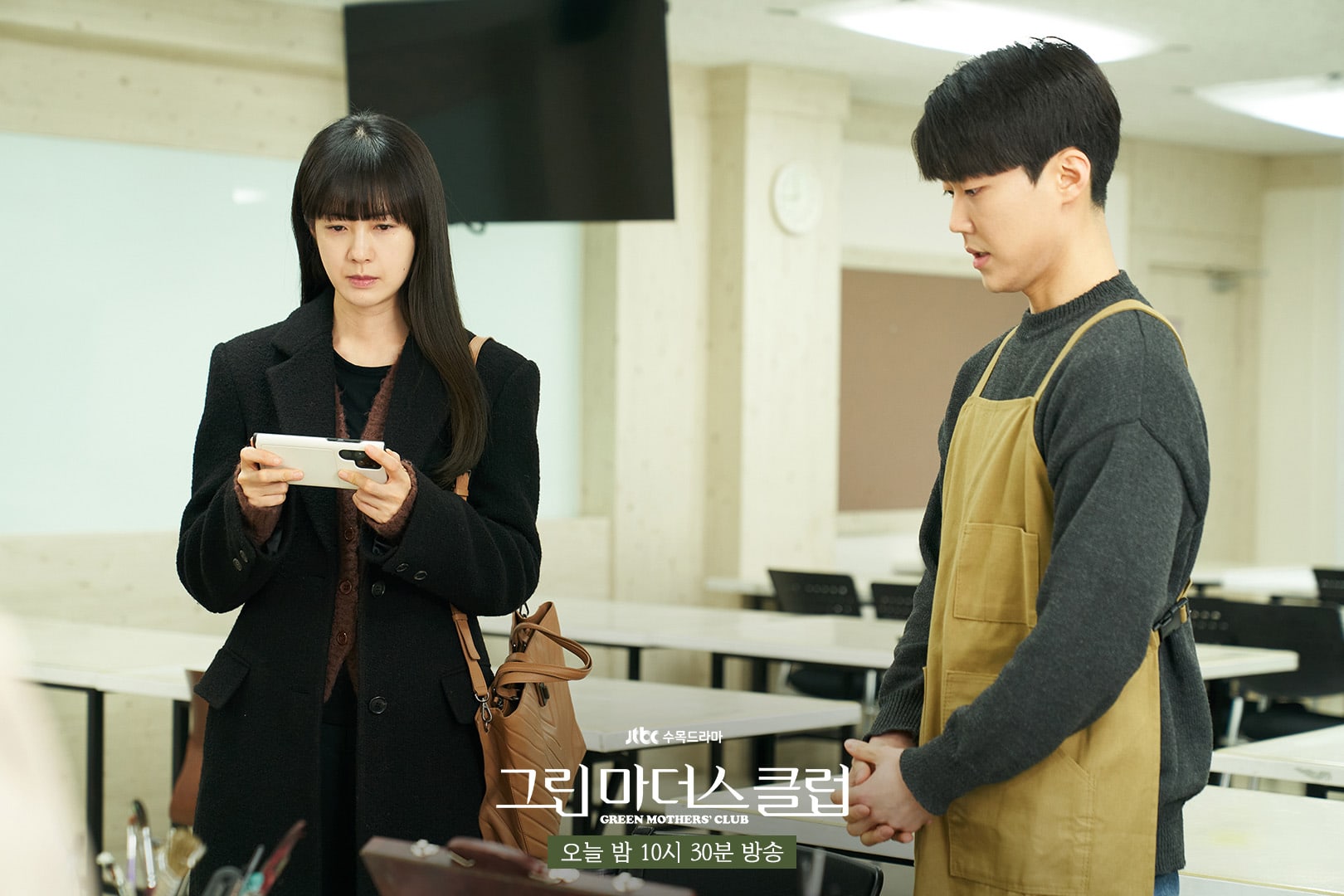 All of Lee Eun Pyo’s ferocious digging also leads her to end up in a fierce conflict with fellow mother Kim Young Mi (Jang Hye Jin). As a mysterious photo of Seo Jin Ha was discovered in her husband Oh Gun Woo (Im Soo Hyung)’s folder, it becomes impossible not to suspect Kim Young Mi and Oh Gun Woo’s involvement in the source of the rumors.

As the two mothers share a heated exchange in public, the intense look in Kim Young Mi’s eyes suggest that whatever they’re arguing about is deadly serious. 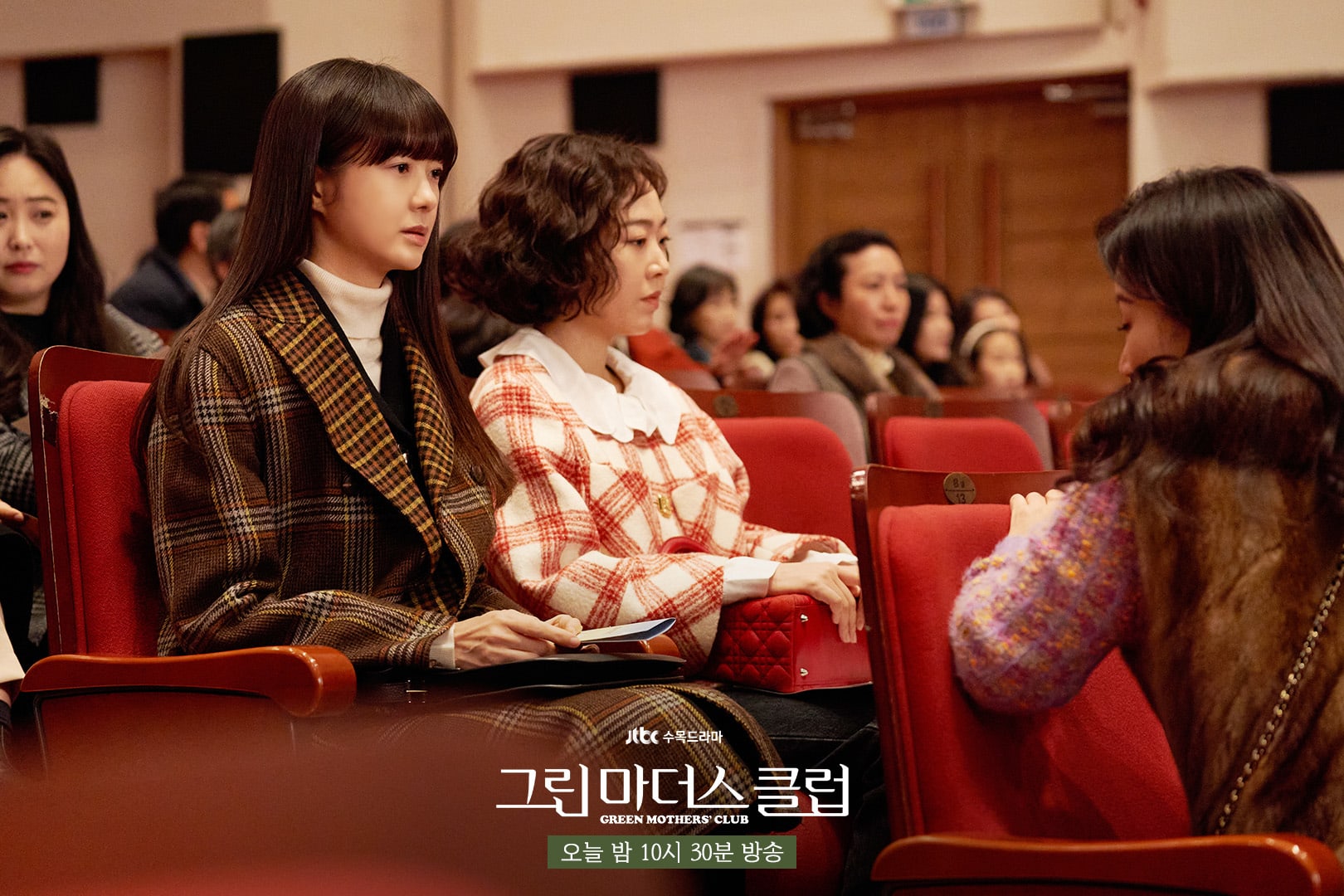 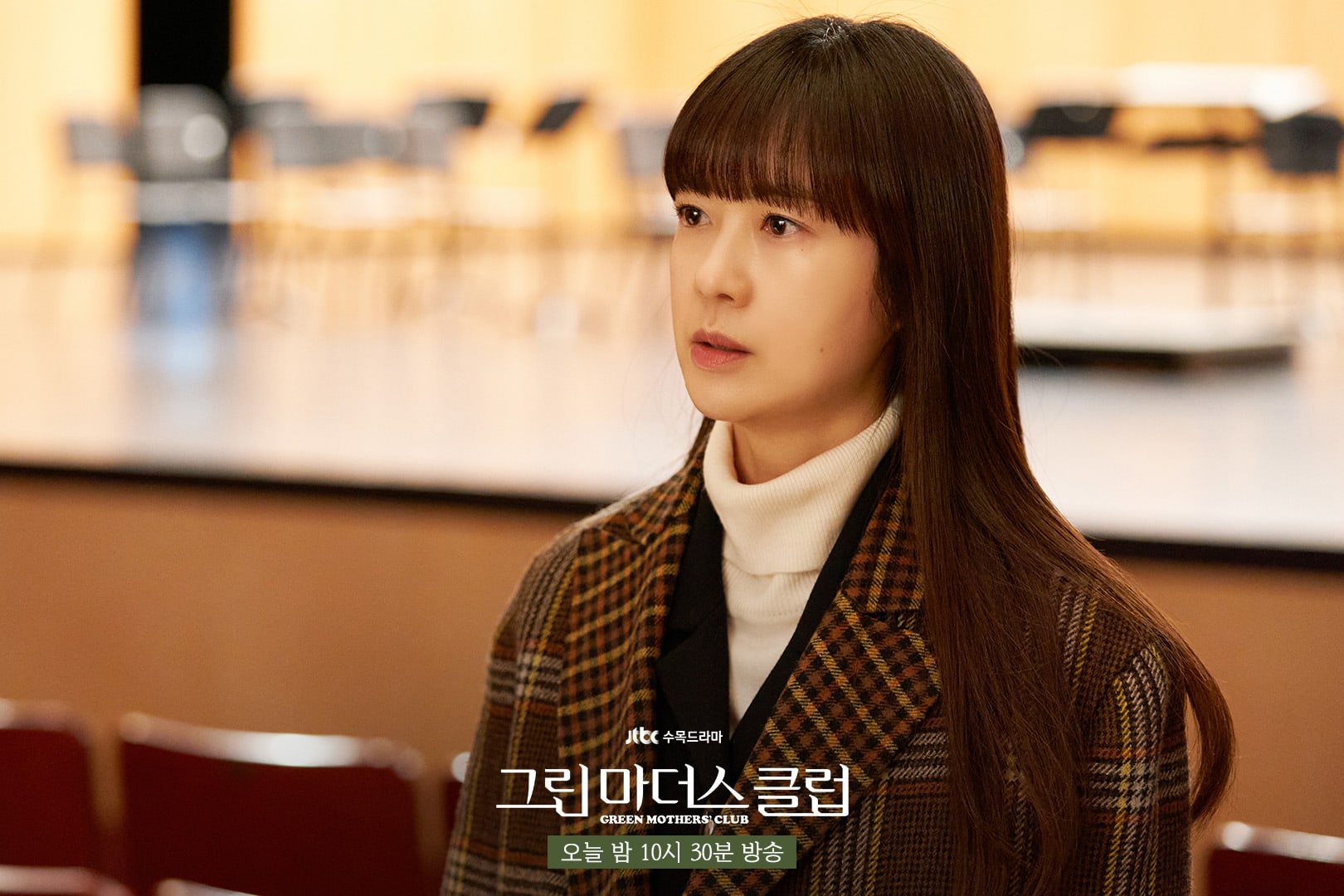 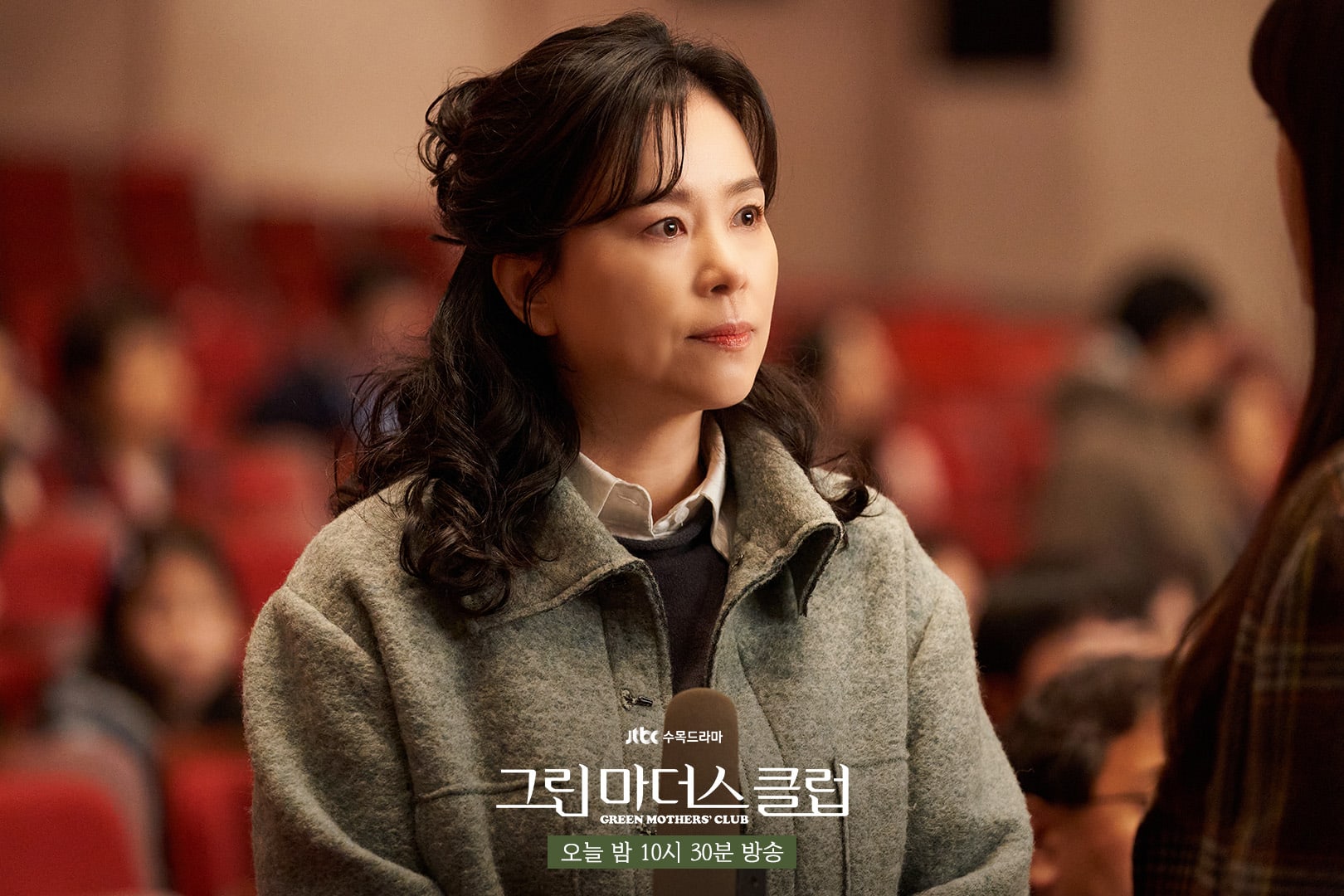 In the meantime, watch Lee Yo Won in “The Running Mates: Human Rights” with subtitles here…

…and Jang Hye Jin in “The Red Sleeve” below!

Jang Hye Jin
Lee Yo Won
Green Mothers' Club
How does this article make you feel?