Kim Hye Yoon will be making a special appearance in JTBC’s “Cleaning Up” to show love for her “SKY Castle” co-star Yum Jung Ah!

A remake of the British television series of the same name, “Cleaning Up” will tell the story of three cleaners at a securities firm that attempt to forge a new destiny for themselves after accidentally overhearing some key information about insider trading. In what marks her first drama role since the hit series “SKY Castle,” Yum Jung Ah will be playing Eo Yong Mi, the leader of the trio, while Jun So Min and Kim Jae Hwa will play the other members of her squad.

Kim Hye Yoon, who memorably played Yum Jung Ah’s daughter in “SKY Castle,” will be reuniting with her on-screen mother through a special cameo in “Cleaning Up.” The young actress will be playing the role of Joo Hyun, a young woman on the job hunt who is also a customer at the convenience store where Eo Yong Mi works.

In newly released stills of Kim Hye Yoon’s cameo appearance, the two women cross paths at the convenience store when Joo Hyun stops by at night after another unsuccessful day of job hunting. Noticing Joo Hyun’s dejection, Eo Yong Mi offers her some comfort and advice as someone with more life experience. 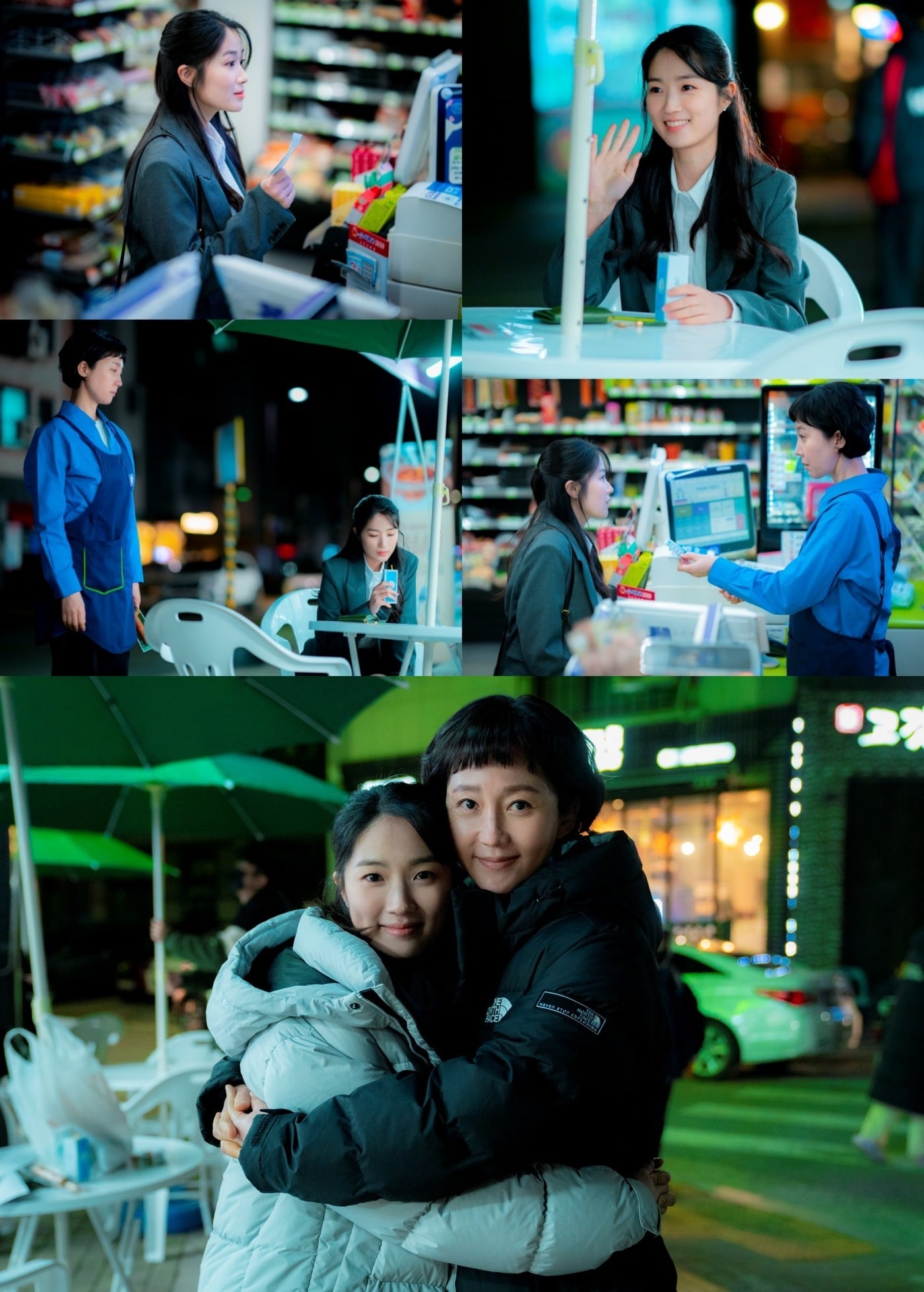 The producers of the drama expressed their gratitude by remarking, “Kim Hye Yoon is making a trusty show of support through her special appearance in ‘Cleaning Up.’ We would like to sincerely thank actress Kim Hye Yoon for readily agreeing to appear [in the drama].”

“Although Yum Jung Ah and Kim Hye Yoon’s scene together is a short one, they displayed truly top-notch chemistry that will remain in [viewers’] memories for a long time,” they continued. “In the conversation between these two women, who have gone from a mother-daughter relationship to a junior and senior in life who just happened to cross paths, there will be a special comfort that can help revive someone even within a deeply painful reality. Please look forward to the two characters’ story.”

“Cleaning Up” will premiere on June 4 at 10:30 p.m. KST, taking over the time slot previously occupied by “My Liberation Notes.” Check out a teaser for the drama here!

In the meantime, watch Kim Hye Yoon and Yum Jung Ah in “SKY Castle” with subtitles below: