Watch: Seo Ye Ji And Park Byung Eun Find Their Rhythm Behind The Scenes Of “Eve”

“Eve” is a new romance-revenge drama about a chaebol‘s 2 trillion won (approximately $1.7 billion) divorce lawsuit that shocks the entire nation. Unbeknownst to the public, the lawsuit is the result of a carefully calculated revenge scheme 13 years in the making. Seo Ye Ji stars as Lee Ra El, the dangerously alluring woman at the center of the divorce lawsuit, while Park Byung Eun stars as Kang Yoon Kyum, the CEO of LY Group.

The behind-the-scenes video begins with Seo Ye Ji’s appearance at a party as her character sets out on her quest for revenge. She then meets up with Park Byung Eun, where he rehearses his lines by asking her if she knows how to play the bandoneon, which is an instrument similar to an accordion. Before filming, Seo Ye Ji receives guidance from a professional in order to appear as a skilled musician.

Park Byung Eun has another skill to master before filming another scene—dancing the tango. While staff mill around the room, the actor weaves back and forth as he practices his dance steps. At one point, he stops after completing a spin and puts his hands to his head due to dizziness. He then makes excited gestures after receiving approval from a professional dancer on set. 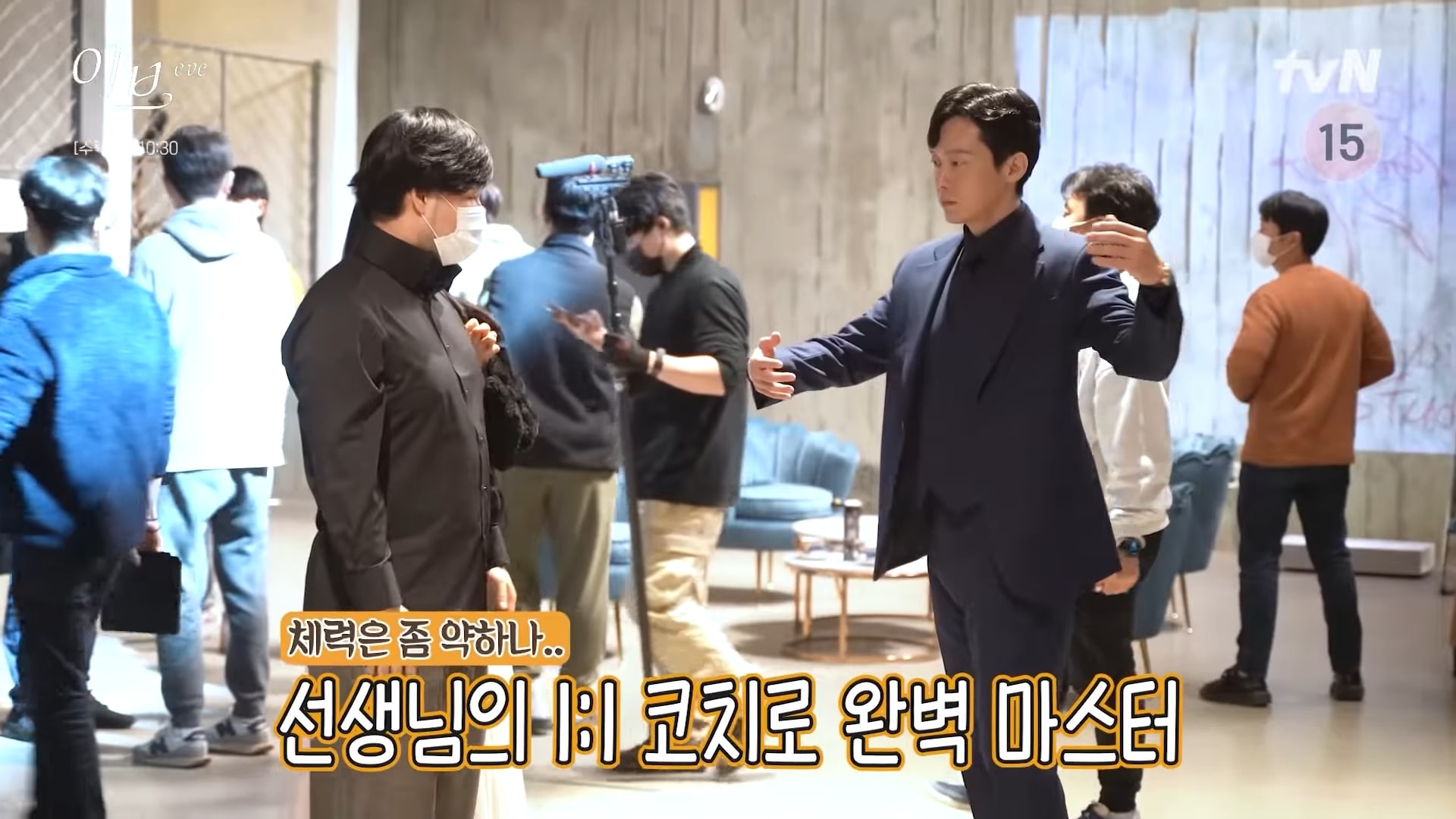 Next, Yoo Sun appears on the stairwell, playing her part as Han So Ra, the sophisticated wife of Kang Yoon Gyum. Despite her cold and haughty appearance when the cameras are rolling, she is full of laughter and smiles behind the scenes. She also takes on the role of an acting coach for the child on set, showing him how to express fear in his eyes. Yoo Sun encourages him when he follows her advice, saying, “You did a good job! Do it just like that.”

In another scene, Jung Hae Kyun sits calmly eating a snack while filming a pivotal scene involving Lee Ra El’s father. Lee Sang Yeob appears on set and picks up a pipe as if he were going to use it in the fight scene, but the director jokes, “Don’t come holding that,” which leads him to sheepishly apologize and set it down. Lee Sang Yeob then rehearses each of his movements to make sure the scene goes smoothly without incident. Afterwards, he walks by the camera and sighs, “Ah, I’m tired.”