Summer has officially rolled in again, and it’s been a hot one! If you’re like me, you shy away from the heat and prefer relaxing indoors with the air-conditioner blasting full force while enjoying some ice cream. Why not enjoy the cool indoors while binging some movies? Not everyone has the time to spend long hours watching a drama, so here’s a great list of Chinese films from romance, fantasy, comedies to thrillers that will no doubt keep you entertained. Check out the recommendations below!

“How Long Will I Love U”

First up is the fantasy romance film “How Long Will I Love U” that follows Gu Xiao Jiao (Tong Li Ya), a pretty and single woman in 2018. Working as a jewelry store employee, she is also in search of her Mr. Right. Her main requirement is that he must have the financial means to purchase the mansion of her dreams. In 1999, we have Lu Ming (Lei Jia Yin), a hard-working architect whose dream is to become a real estate developer. One day, Gu Xiao Jiao and Lu Ming wake up in horror after realizing they’re in the same bed. Overcoming the shock, the two soon realize there is a merge in space-time that brought their two timelines together. The pair are living in the exact same apartment nearly 20 years apart. 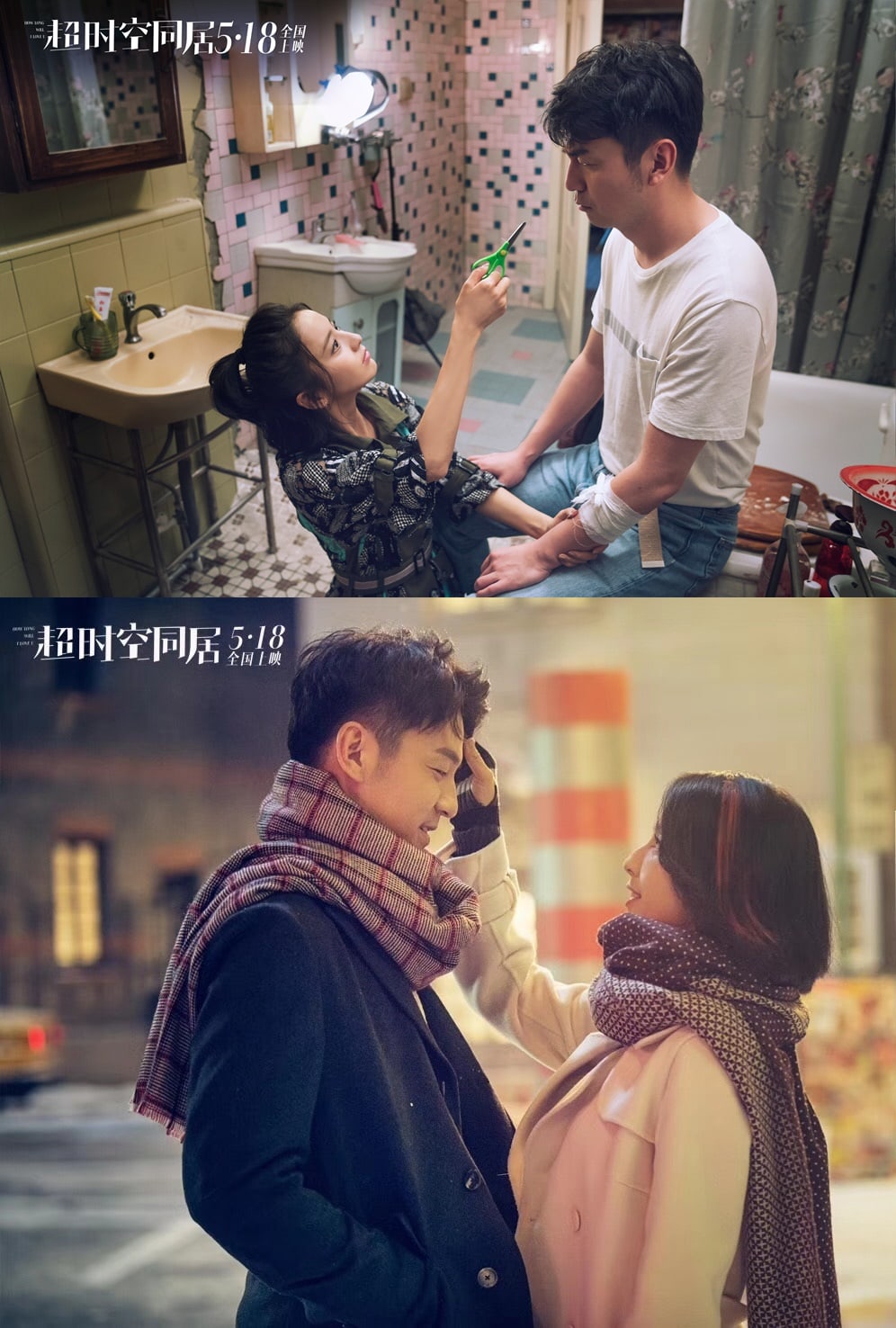 “How Long Will I Love U” is one of those films that is full of personality and fun, with a story that effectively mixes together fantasy, drama, comedy, and of course, romance. No doubt the biggest draw of the film is Lei Jia Yin and Tong Li Ya’s fantastic acting and overflowing chemistry. The cinematography is also wonderful due to the attention to detail, which is top-notch in showcasing both the 2018 and 1999 timelines seamlessly together onscreen. One important aspect the film addresses is the difficult life decisions and its consequences we have to face in our lives. “How Long Will I Love U” shows us that certain decisions made will definitely change and transform you for better or for worse. It’s a sweet, charming, and heartwarming film that will definitely make you smile, cry, and laugh.

Start watching “How Long Will I Love U”: 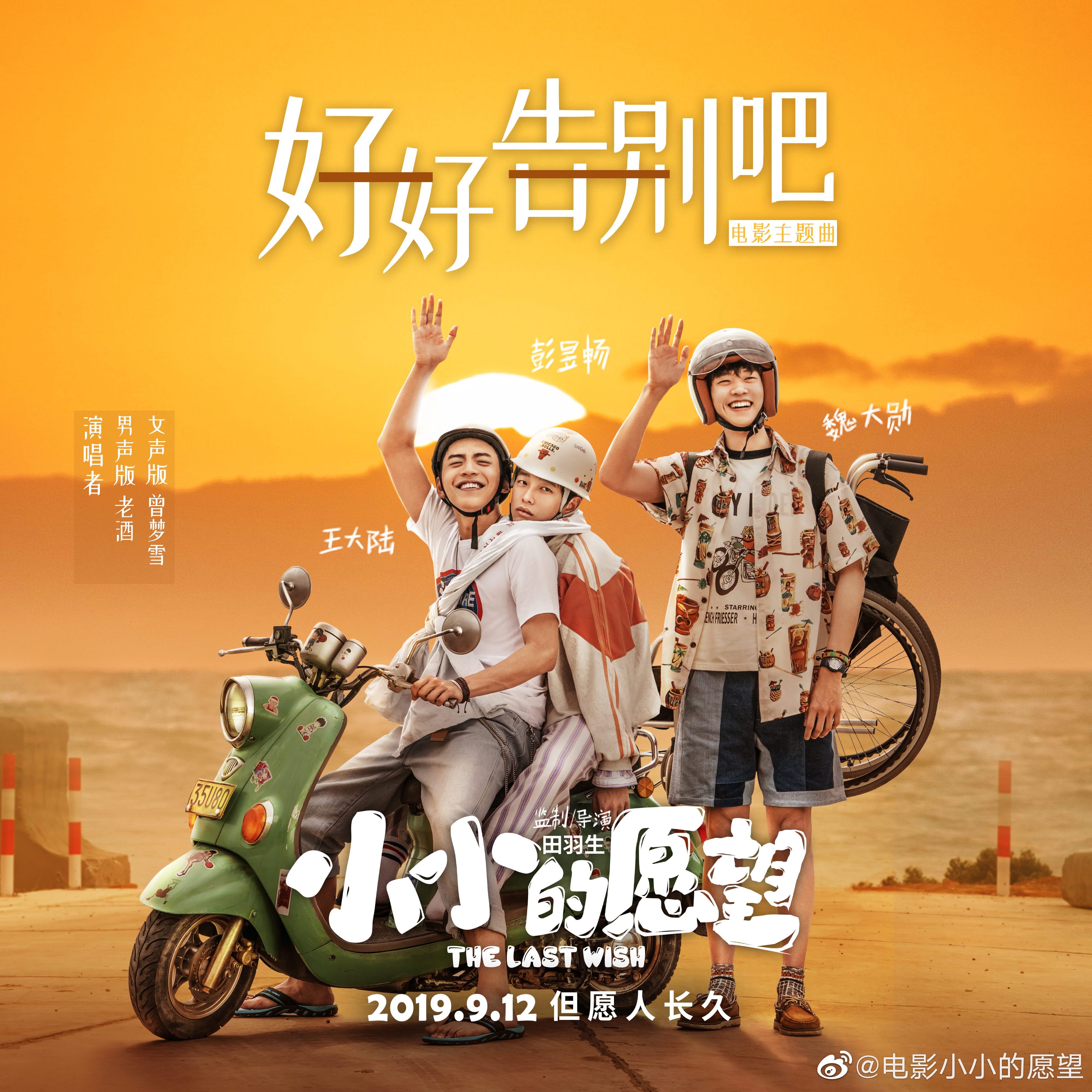 The comedy drama film “The Last Wish” stars Peng Yu Chang as Gao Yuan, an introverted high school student who is diagnosed with a terminal illness, a degenerative muscular dystrophy. He is almost completely paralyzed and hospital-bound. Making matters worse, he is told that he does not have much longer to live. With time running out, Gao Yuan is determined to lose his virginity before dying. When his two best friends Xu Hao (Darren Wang) and Zhang Zheng Yang (Wei Da Xun) find out the news, they are determined to help fulfill Gao Yuan’s last dying wish. 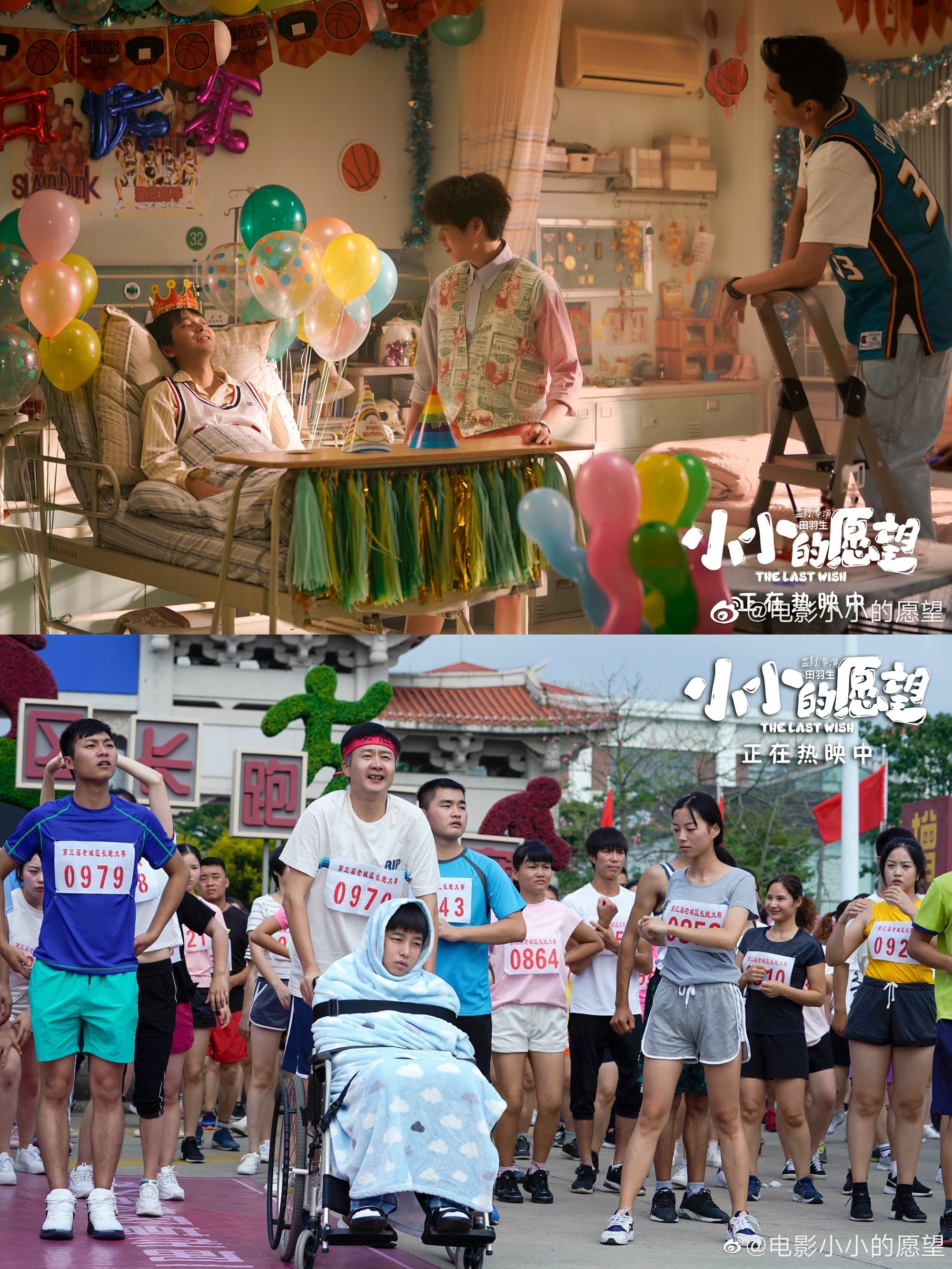 “The Last Wish” is a dark comedy that is guaranteed to make you laugh out loud with all its crazy hijinks. But beneath all the hilarious craziness reveals a touching and heartfelt friendship of two goofy friends who bend over backwards to grant their friend’s final request. The film is poignant and well executed as it also touches on the emotional impacts of loss, death, and the complicated relationships between parents and children. The actors were all wonderful in this film, but a definite standout is Peng Yu Chang. His emotional acting and facial expressions really brought his character Gao Yuan to life, making him so well-loved by his friends and also us as viewers. 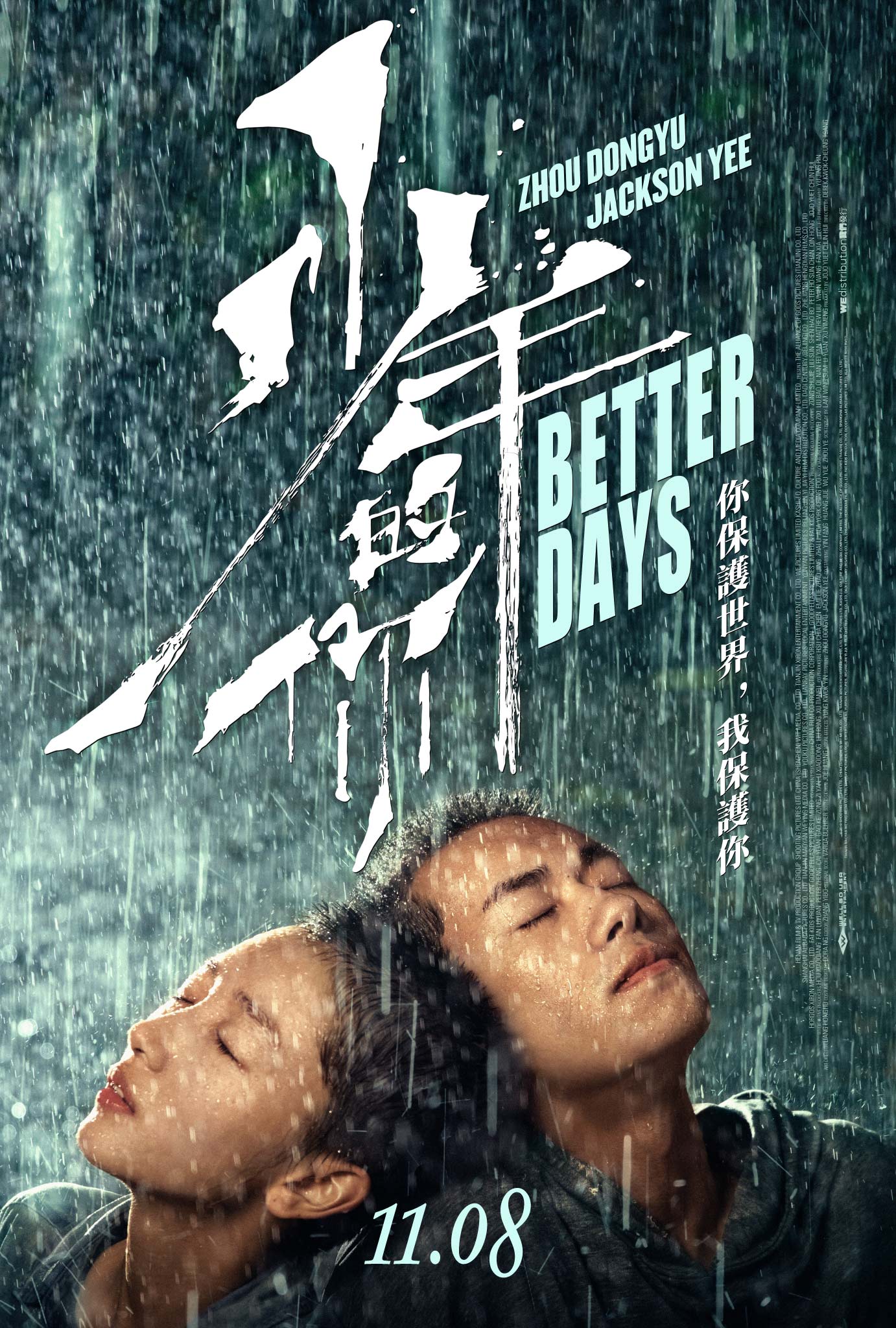 Up next is the award-winning and box-office hit film “Better Days,” starring Zhou Dong Yu and Jackson Yee. The Hong Kong film is based on the novel “In His Youth, In Her Beauty” by author Jiu Yuexi. The coming-of-age story follows a bullied teenage girl Chen Nian (Zhou Dong Yu), who forms an unlikely alliance with a mysterious small-time gangster named Xiao Bei (Jackson Yee), who protects her from her assaulters as she grapples with the enormous pressures of her final examinations. 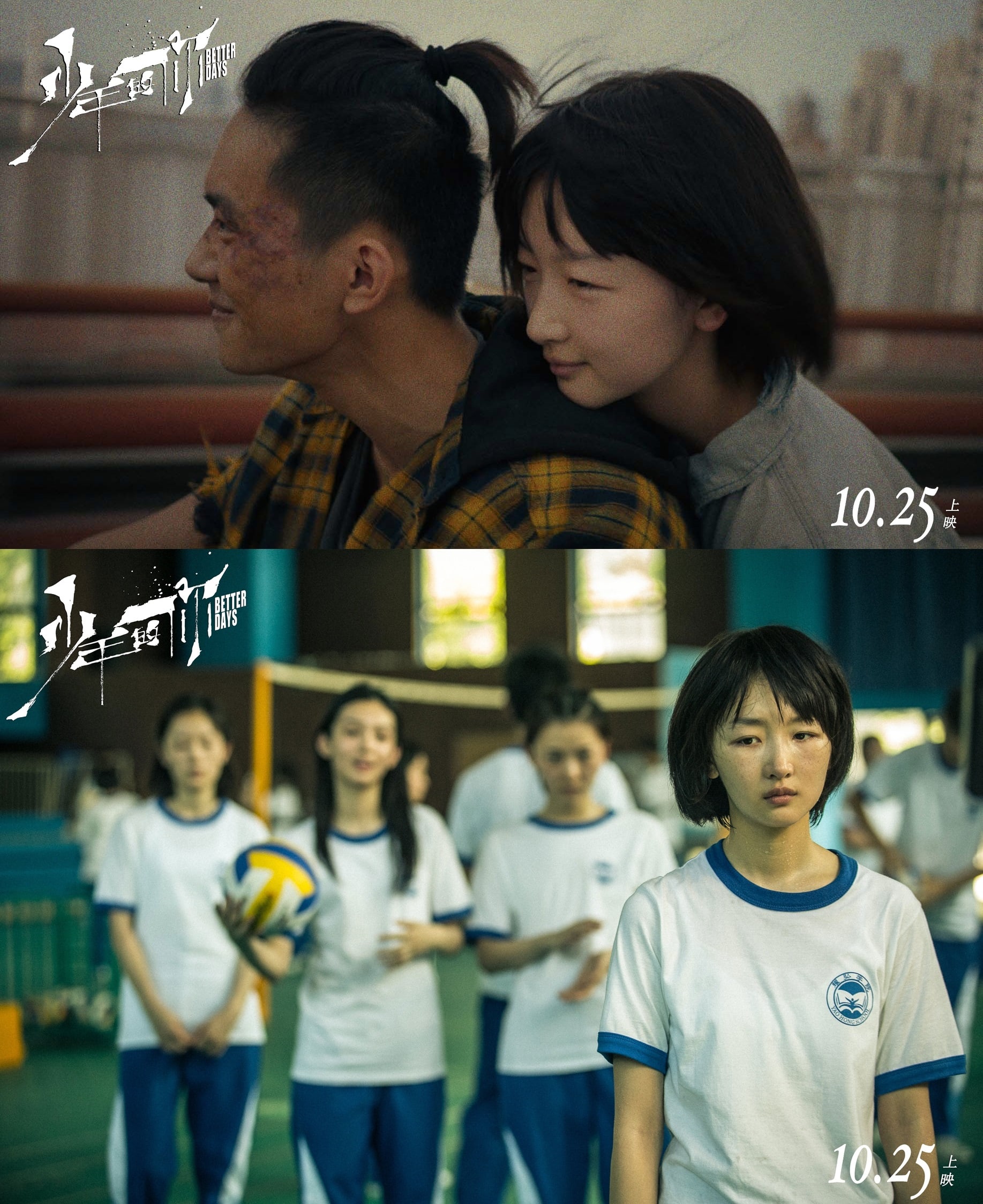 “Better Days” blends a remarkably captivating storyline, thought-provoking dialogue, along with an arrangement of stunning shots that highlights the innocence, horrors, and beauty of the life of a teen. The film takes you on a rollercoaster of emotions as it addresses on the important topics of the pain of harassment and bullying, the harsh transitions into adulthood, and wider societal issues including education with the ruthless competition between students and examinations. But on top of all that, it is the relationship between Chen Nian and Xiao Bei that genuinely warms your heart with their story of love and sacrifice. The jaw-dropping performances by Zhou Dong Yu and Jackson Yee is outstanding as they communicated mainly through their eyes and facial expressions, exhibiting the silent strength of their characters.

It comes as no surprise that “Better Days” received tremendous accolades by winning numerous awards for acting, directing, screenplay, and cinematography. More recently, it earned a nomination at the 93rd Academy Awards for the Best International Feature Film. This is a film that absolutely cannot be missed! 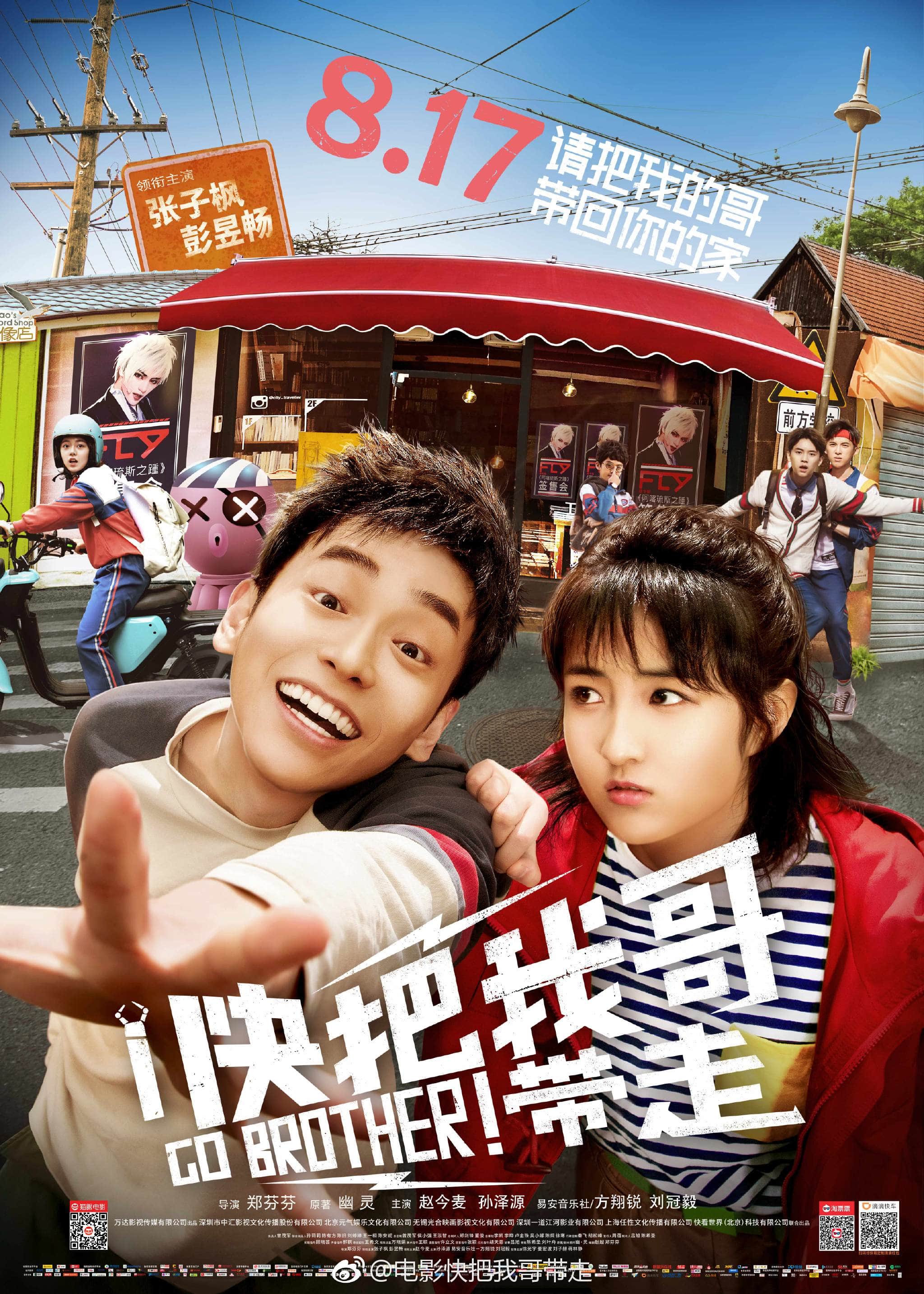 Next is “Go Brother,” starring Zhang Zi Feng and Peng Yu Chang, who play a pair of bickering siblings named Shi Miao and Shi Fen, respectively. Shi Miao wishes every single day that her immature and prankster older brother Shi Fen would disappear from her life. One day, her wish suddenly comes true, and Shi Fen is now the older brother of her best friend Miao Miao. While Shi Miao sympathizes with her best friend’s new fate, she is overjoyed to be an only child. As Shi Miao watches Shi Fen spend his days pulling mischievous pranks on his friends, she discovers a secret that he’s been hiding. 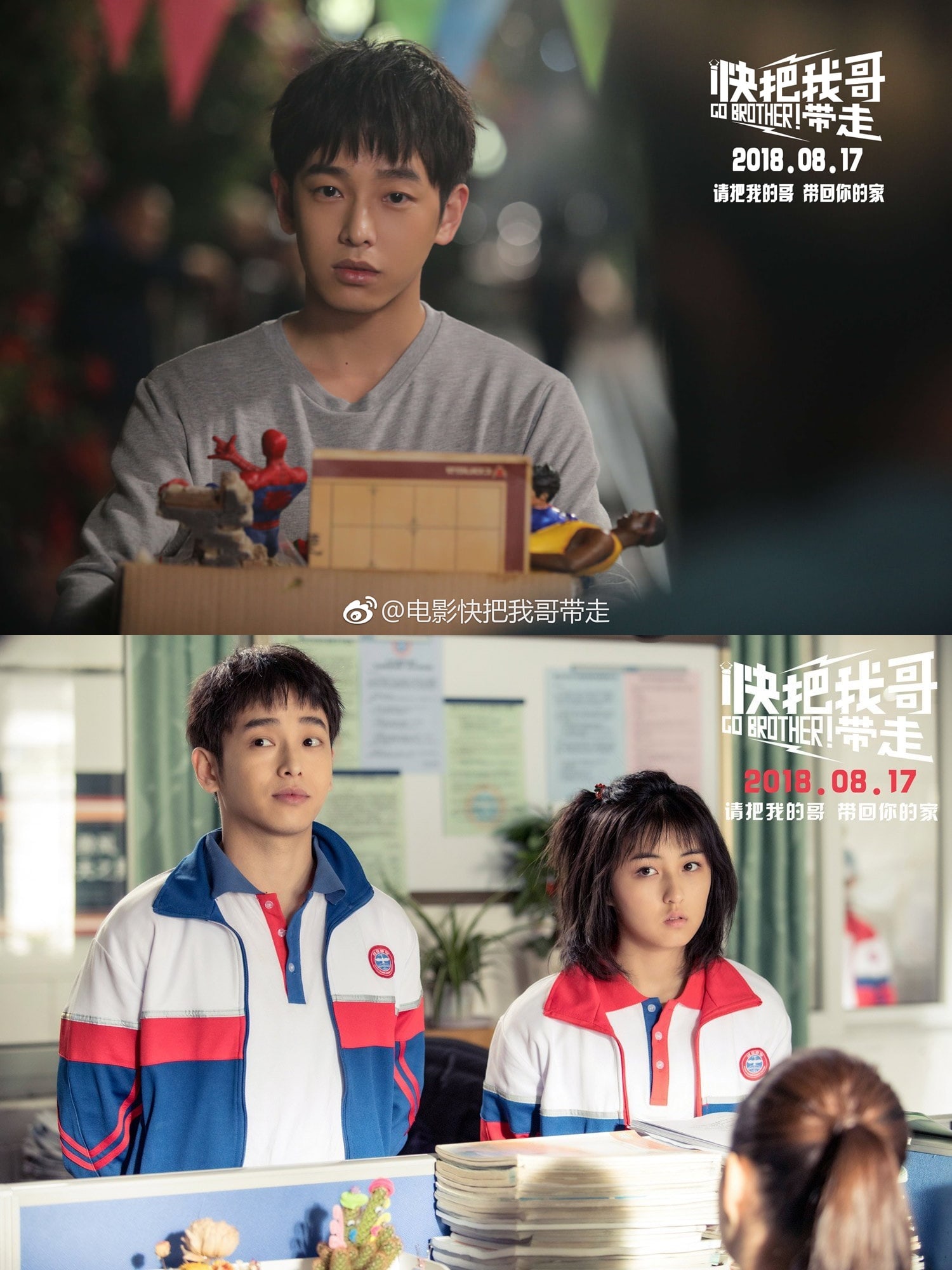 “Go Brother” is another beautifully touching film that makes you realize that the grass isn’t always greener on the other side. It’s incredibly moving when Shi Mao slowly discovers that all along her brother Shi Fen has done everything he could to protect her and keep her happy. He is truly the best brother who deeply loves and cares for his sister. Zhang Zi Feng and Peng Yu Chang are such a delight onscreen that you can’t help but smile at their sibling banter while pulling your heartstrings with their emotive acting and line delivery. “Go Brother” is a must-watch, so be sure to prepare for plenty of laughter and a box of tissues. 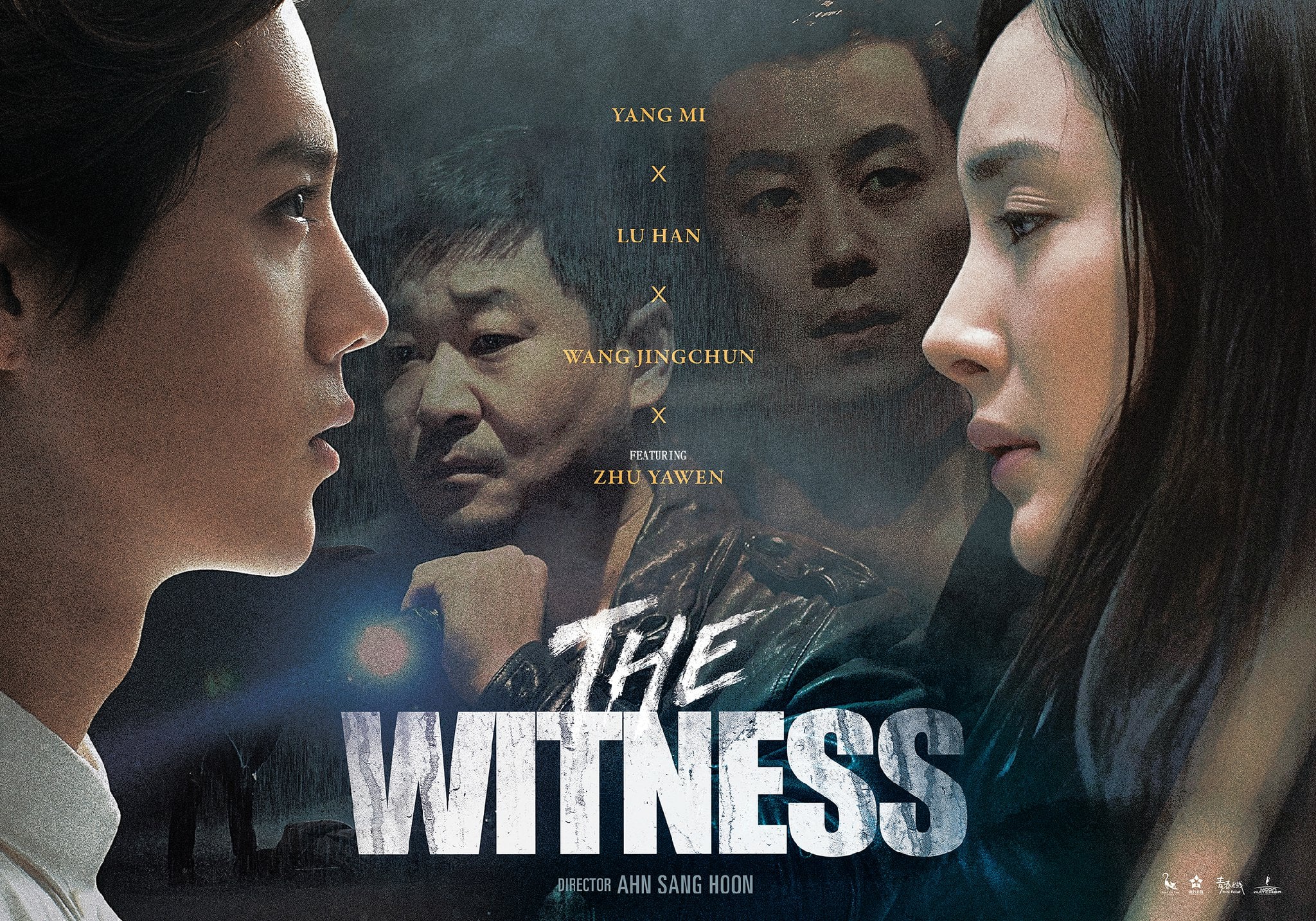 Last but not least is the action-thriller “The Witness,” starring Yang Mi as Lu Xiao Xing, a former rookie cop who lost her brother and her eyesight in a deadly car crash three years ago. When a string of female disappearances occurs in the city, Xiao Xing wants to help with the cases but is unsuccessful in being reinstated as a police officer. Upset, she calls a taxi to return home and does not realize that she has gotten into a luxury car and is offered coffee by a mysterious driver. Xiao Xing immediately realizes something strange about the ride and the driver as the two fight over the coffee. The car crashes, and amidst the chaos, Xiao Xing escapes and reports the incident to the police. Despite being blind, Xiao Xing is able to recall important details about the car and the driver. And Lin Chong (Lu Han), an impulsive teenager, steps forward as a witness of the attempted abduction. 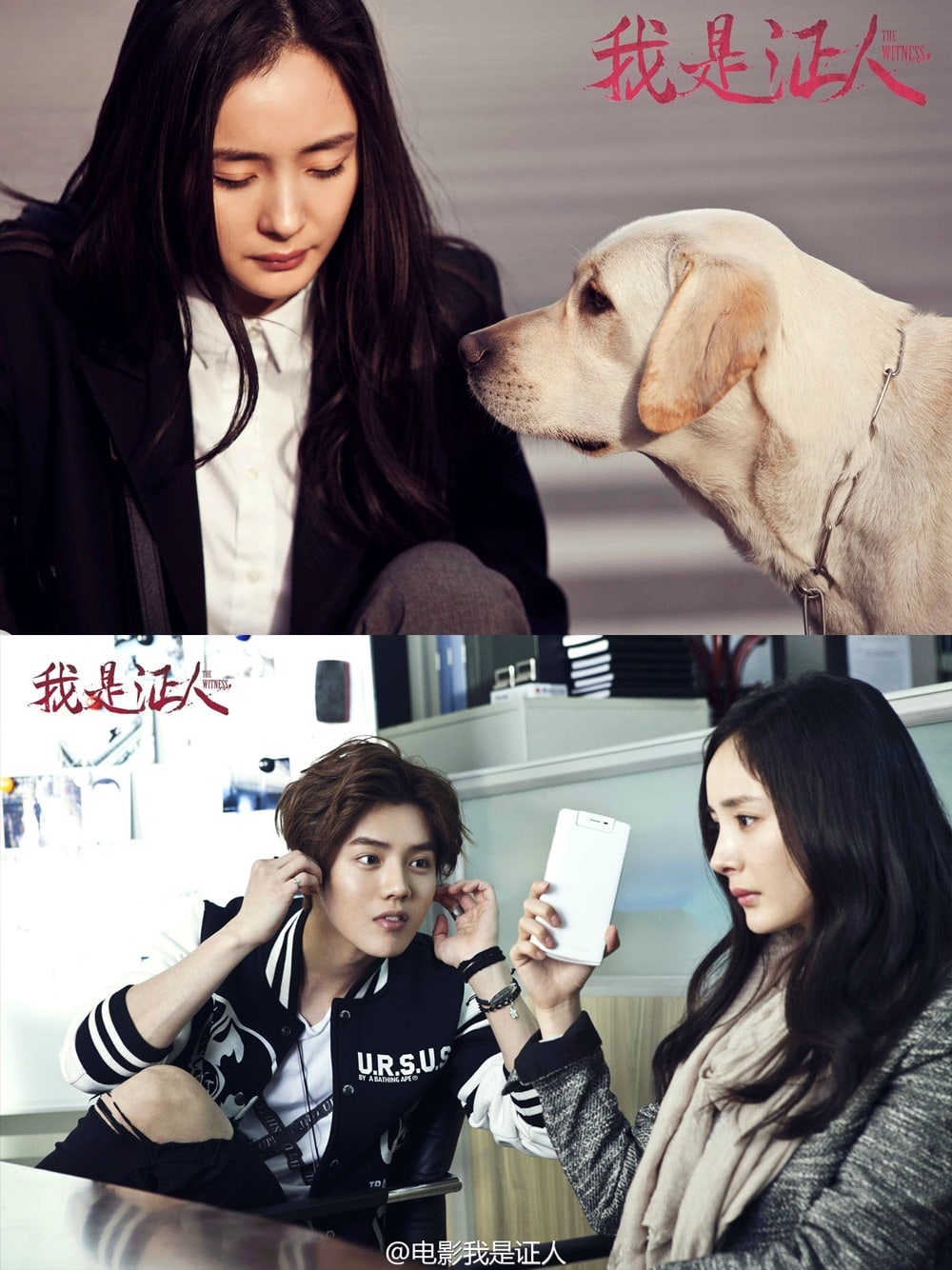 If you think the premise of “The Witness” sounds oddly familiar, then your hunch is correct. It is actually a remake of the 2011 South Korean film “Blind,” starring Kim Ha Neul and Yoo Seung Ho. It is also directed by Ahn Sang Hoon, the same director of the original film. The film retains all the major plot points of the original with plenty of gripping twists and turns to keep you on the edge of your seat. Yang Mi’s charismatic performance as Xiao Xing is great as she demonstrates her character’s mix of vulnerability and strength. Also, a special shout out to Xiao Xing’s guide dog, the Golden Retriever Cong Cong, who is a true acting star and is so adorable! If you’re a fan of thrillers, “The Witness” has the perfect amount of suspense and action to keep you on your toes!

Currently watching: “A Dream of Splendor” and “Sh**ting Stars.”
All-time favorite dramas: “Go Ahead,” “Nirvana In Fire,” “Queen In Hyun’s Man,” “A Witch’s Romance,” “Love O2O,” “Skate Into Love,” and “My Mr. Mermaid.”
Looking forward to: “She and Her Perfect Husband,” “Love Like the Galaxy,” and “Where Dreams Begin”