Romance is about to blossom on JTBC’s “Cleaning Up”!

A remake of the British television series of the same name, “Cleaning Up” tells the story of three cleaners at a securities firm that attempt to forge a new destiny for themselves after accidentally overhearing some key information about insider trading. Yum Jung Ah stars as Eo Yong Mi, the leader of the trio, while Jun So Min plays her younger co-worker Ahn In Kyung, who is working towards her dream of saving up enough money to open her own moving café with a food truck.

Previously on “Cleaning Up,” Ahn In Kyung had a memorable first encounter with nerdy engineering student Lee Doo Young (played by Na In Woo). When Eo Yong Mi turned to Lee Doo Young for help fixing their listening device, she lied that they needed the bug to spy on Ahn In Kyung’s boyfriend, whom she suspected of cheating. Doo Young then sympathetically told In Kyung, “Find strength. And if there’s ever anything I can help you with, please let me know.” However, In Kyung was completely unaware of Yong Mi’s lie, leading her to ask in confusion, “Do I look pitiful?”

After their amusing first meeting, the kind-hearted Doo Young began to worry about In Kyung, even going so far as to make her an even better listening device. He then made her heart skip a beat by sincerely telling her, “There are lots of good men in the world. I hope you date someone who won’t hurt you.”

In newly released stills from the drama’s next episode, the two characters grow closer as they spend a sweet moment alone together and adorably share an energy bar. Hinting at the romance to come, Jun So Min teased, “In Kyung and Doo Young’s relationship is youthful and fresh and lovely and cute.”

She went on to speak enthusiastically about her co-star and their real-life chemistry, commenting, “Because In Woo is so friendly and cheerful and sociable, I felt really comfortable thanks to him.”

Meanwhile, Na In Woo returned the love by remarking, “From our first meeting, [Jun So Min] treated me like a friend, so that I could act comfortably. We’re having fun filming while sharing lots of ideas with one another.” 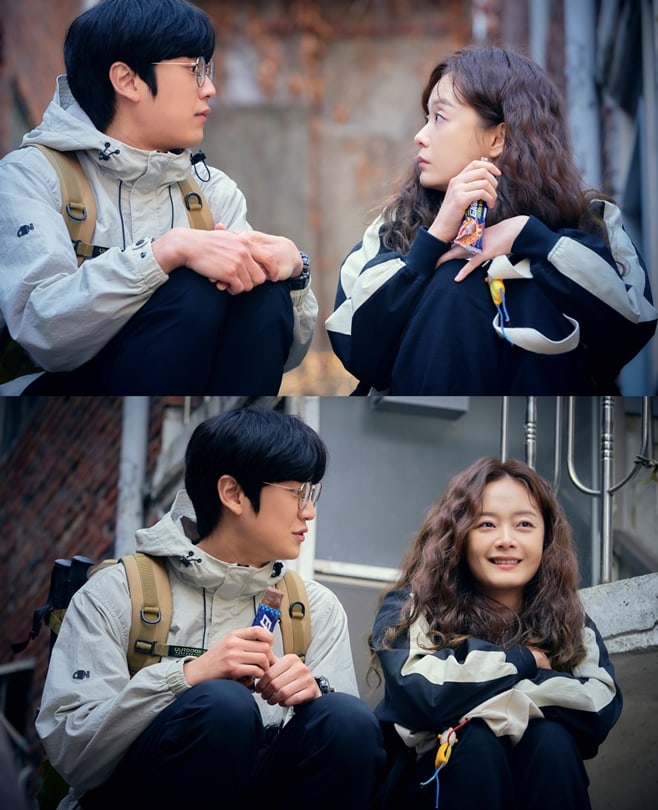 In the meantime, watch Na In Woo in his new drama “Jinxed at First” with subtitles below!

jun so min
Na In Woo
Cleaning Up
How does this article make you feel?