Seo Hyun Jin, Hwang In Yeop, Bae In Hyuk, And More Show Off Their Dazzling Smiles On Set Of “Why Her?”

SBS’s Friday-Saturday drama “Why Her?” has shared new behind-the-scenes photos!

“Why Her?” has been achieving impressive viewership ratings with its intense plot and intriguing relationships between the characters. The drama’s production team recently shared a glimpse of the chemistry of the actors who are part of the Legal Clinic Center, which is made up of Oh Soo Jae, Song Mi Rim (Lee Joo Woo), Gong Chan, Choi Yoon Sang (Bae In Hyuk), Nam Choon Poong (Lee Jin Hyuk), Na Se Ryun (Nam Ji Hyun), and Jo Kang Ja (Kim Jae Hwa).

In the released photos, the actors warm hearts with their sincere smiles. First off, Seo Hyun Jin is spotted with a dazzling smile that her character Oh Soo Jae rarely shows. In the drama, Oh Soo Jae is shining with her leadership skills as she guides the Legal Clinic with her soft charisma.

Hwang In Yeop greets the camera by waving a hand, and he’s also holding a cake in one hand. Fans of the drama are highly anticipating his character Gong Chan’s chemistry and romance with Oh Soo Jae.

Lee Jin Hyuk, Nam Ji Hyun, and Kim Jae Hwa exude vitamin-like energy with their big grins, and Bae In Hyuk and Lee Joo Woo also brighten the atmosphere with their soft, genuine smiles. As the story progresses, these seven actors will faithfully portray the close and maturing teamwork of the Legal Clinic. 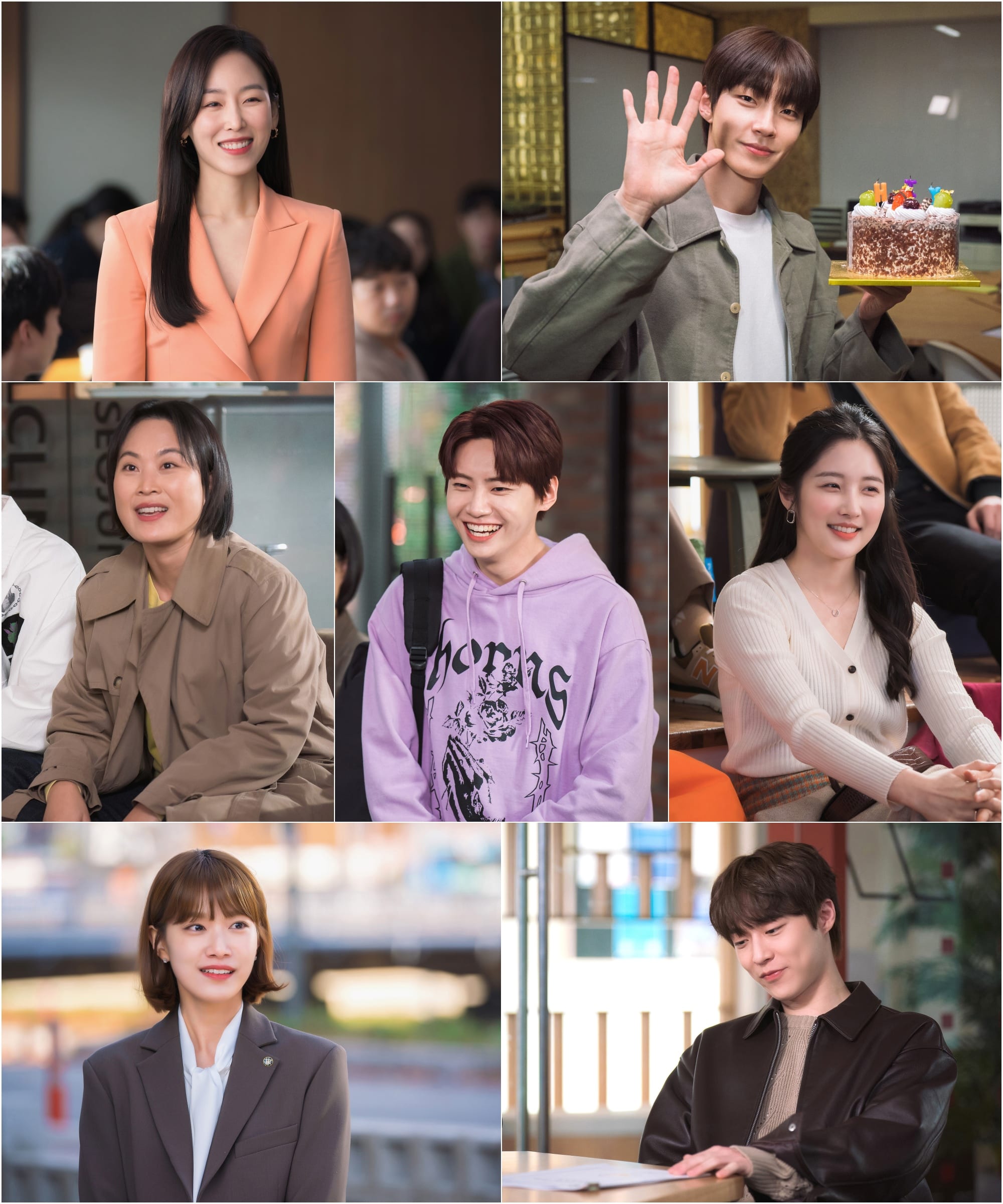 The drama’s producers teased, “Oh Soo Jae and the members of the Legal Clinic Center, who unexpectedly united, have performed better than expected. As we begin the second act with episode 9, please watch to see what new events they will come across.”