Get ready for the love triangle between Lee Jae Wook, Minhyun, and Jung So Min to heat up on “Alchemy of Souls”!

Penned by the famous screenwriting duo known as the Hong Sisters, “Alchemy of Souls” is a new tvN fantasy romance drama set in the fictional nation of Daeho, a country that does not exist in history or on maps. The drama tells the story of characters whose fates become twisted due to magic that swaps people’s souls.

Previously on “Alchemy of Souls,” Jang Wook (Lee Jae Wook) became jealous after noticing that something was up between Mu Deok (Jung So Min) and Seo Youl (Minhyun), and he poutily told her that she wasn’t allowed to fall in love with just anyone: “You’re only allowed to come this close to me and no one else.”

On the next episode of the drama, Jang Wook is none too pleased when Mu Deok and Seo Youl unexpectedly share a romantic reunion in Danhyanggok. Concerned about his friend Jang Wook, Seo Youl has traveled all the way to Danhyanggok to find him—but when he gets there, he suddenly finds himself embracing an intoxicated Mu Deok to save her from falling off a cliff.

Notably, even though the characters haven’t yet recognized the significance of the moment, Danhyanggok is the exact place where Seo Youl and Naksu first met back when they were children—and where they made meaningful memories that neither of them have been able to forget as adults.

In newly released stills of the unexpected moment between the reunited duo, Seo Youl isn’t the only one startled by the encounter: while Seo Youl wears an expression of surprise, the devastated look in Jang Wook’s eyes reveals just how jealous and worried he is about his potential romantic rival. 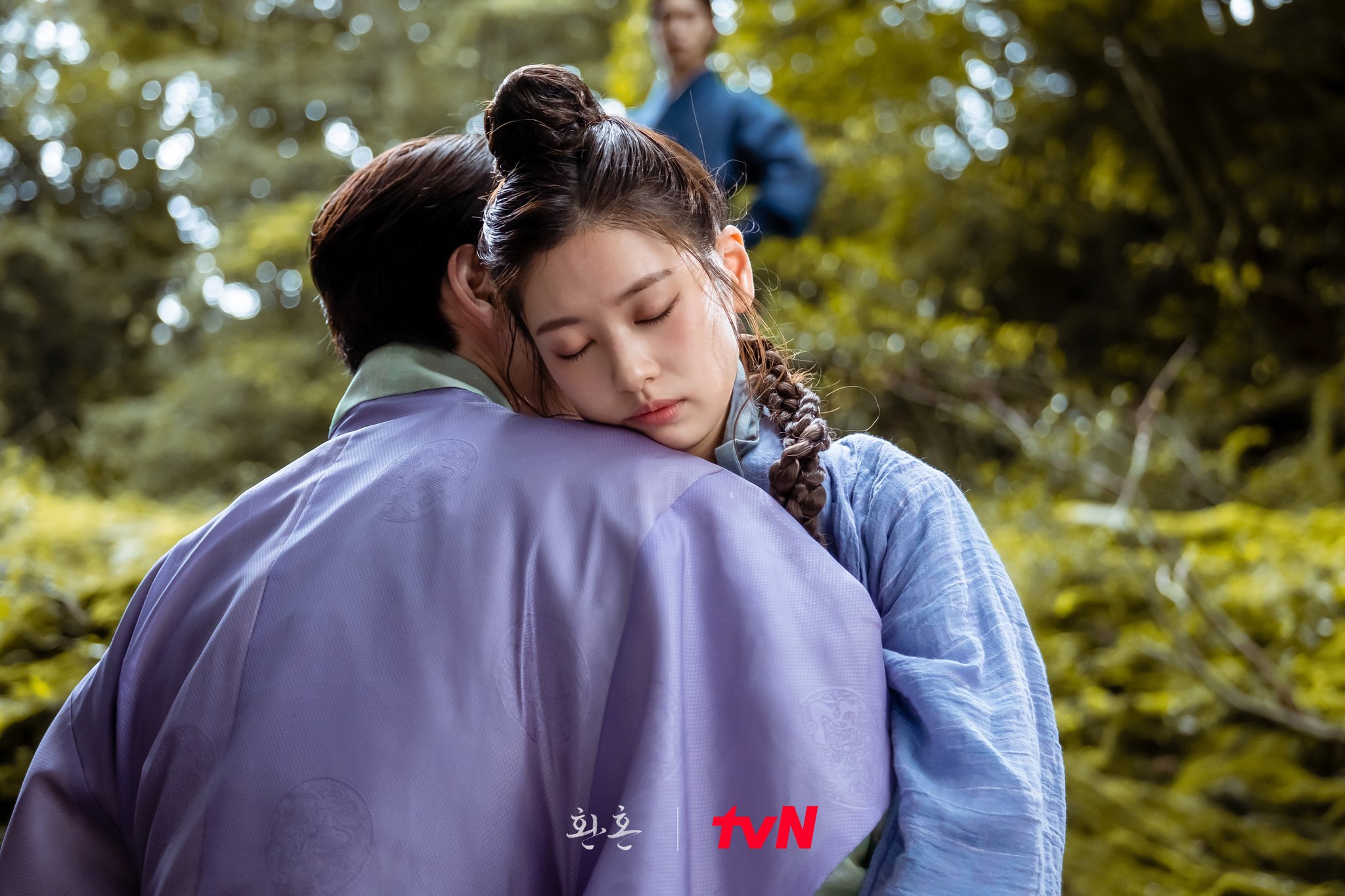 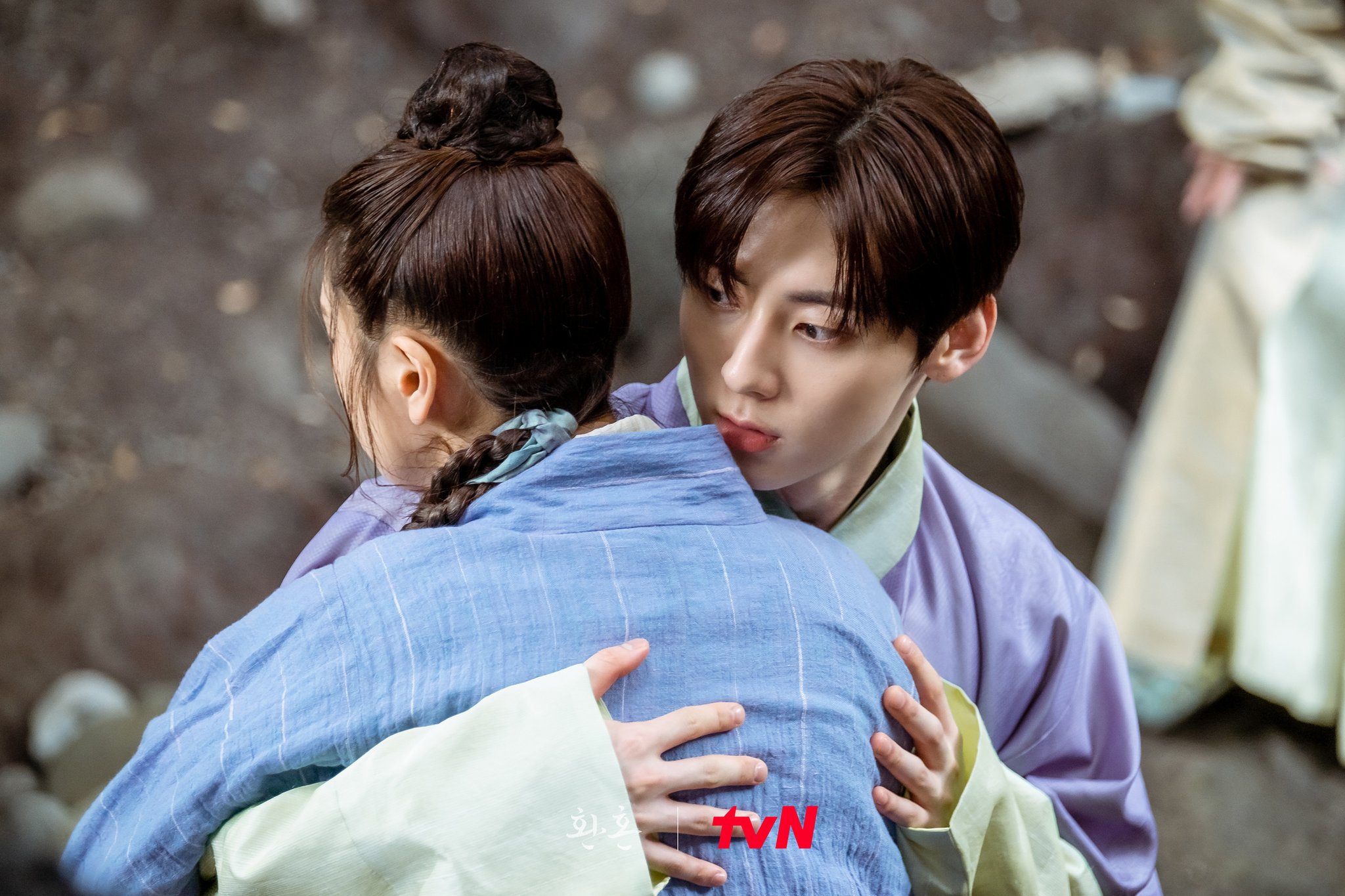 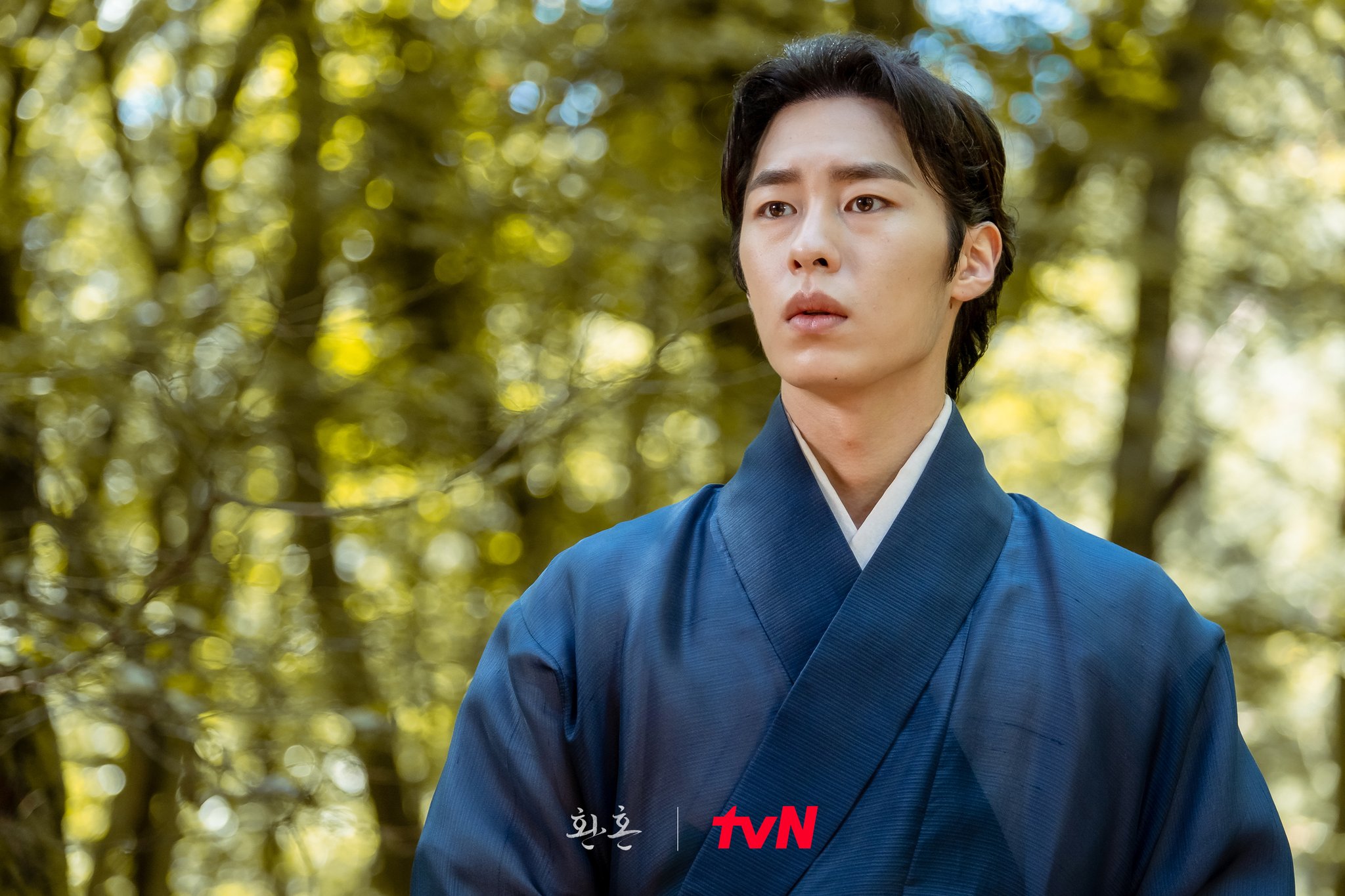 To find out where this love triangle will lead, tune in to the next episode of “Alchemy of Souls” on July 2 at 9:10 p.m. KST!

In the meantime, watch Minhyun in “Live On” with subtitles below:

Jung So Min
Lee Jae Wook
Alchemy of Souls
Minhyun
How does this article make you feel?