The chaotic new poster highlights the entertaining dynamic between webtoon editors and their writers, with a long-suffering crowd of editors desperately chasing after a comparatively relaxed group of writers. 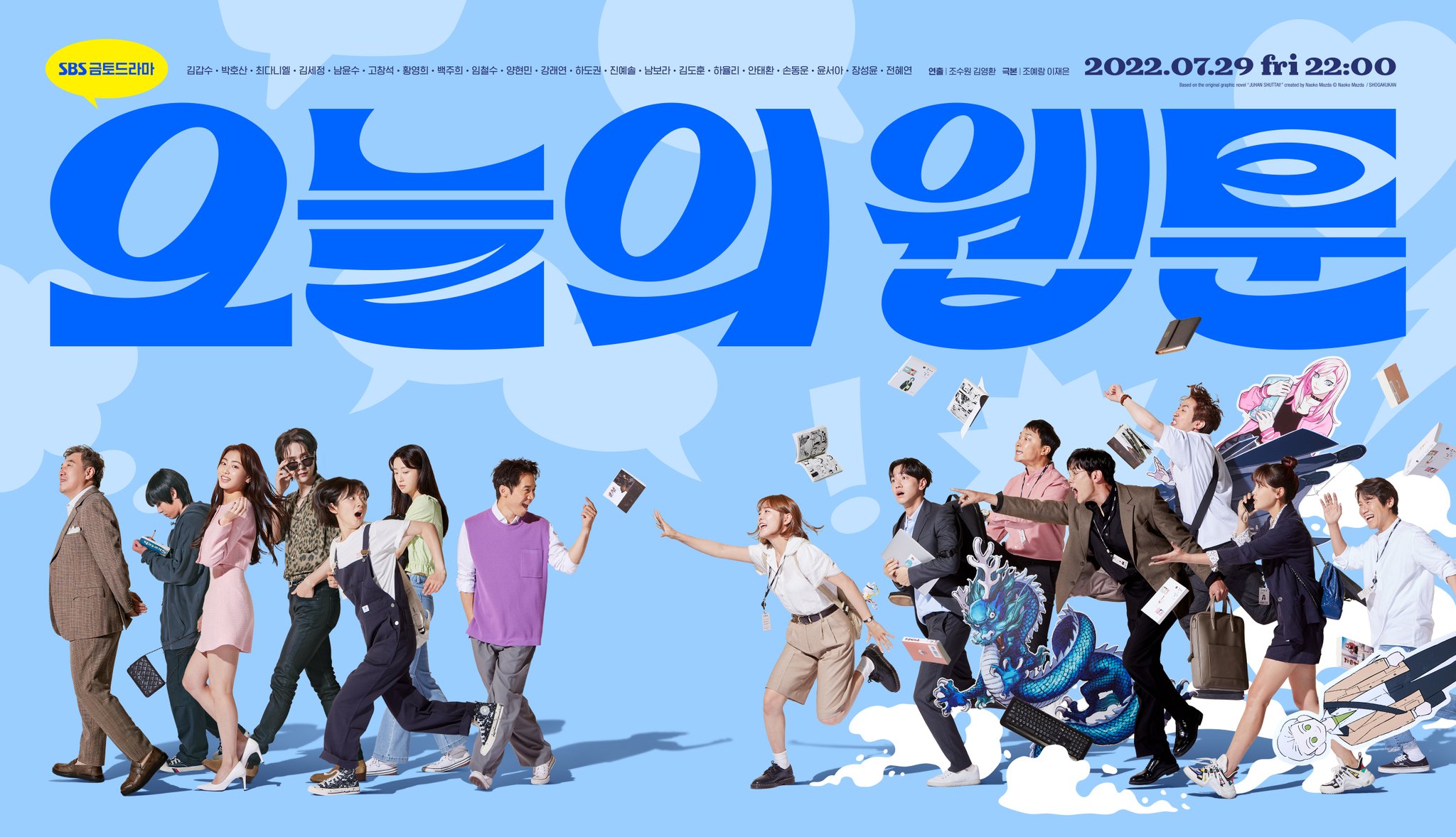 The producers of “Today’s Webtoon” commented, “In keeping with our drama’s mission to show the detailed reality of the webtoon industry, we gathered 14 people in the industry that appear in our story and brought them together in one place for a poster shoot. As each and every actor became immersed in his or her respective character, their facial expressions and poses made the poster more real and brought it to life, giving rise to a poster that’s overflowing with liveliness and energy.”