Once again, ENA’s “Extraordinary Attorney Woo” has swept all of the top spots in this week’s rankings of the most buzzworthy dramas and actors!

For the fourth consecutive week, “Extraordinary Attorney Woo” topped Good Data Corporation’s weekly list of the dramas that generated the most buzz. The company determines each week’s rankings by collecting data from news articles, blog posts, online communities, videos, and social media about dramas that are either currently airing or set to air soon.

Not only did “Extraordinary Attorney Woo” remain No. 1 on the list of most buzzworthy dramas, but its stars also claimed five out of the top 10 spots on this week’s list of most buzzworthy drama cast members. The drama’s cast swept all of the top four spots, with Kang Tae Oh remaining No. 1, Jin Kyung at No. 2, Park Eun Bin at No. 3, and Joo Jong Hyuk at No. 4. Finally, Ha Yoon Kyung came in at No. 7 for the week.

Meanwhile, tvN’s “Alchemy of Souls” held onto its spot at No. 2 on the drama list, with stars Jung So Min and Lee Jae Wook staying strong at No. 6 and No. 8 respectively on the actor list.

In its final week on air, SBS’s “Why Her?” remained No. 3 on the drama list, while leading lady Seo Hyun Jin held onto her spot at No. 5 in the actor rankings and her co-star Heo Joon Ho followed at No. 10.

Finally, tvN’s “Eve” maintained its position at No. 5 on the drama list in its own final week on air, and star Seo Ye Ji held steady at No. 9 on the actor list.

The top 10 dramas that generated the most buzz in the third week of July are as follows: 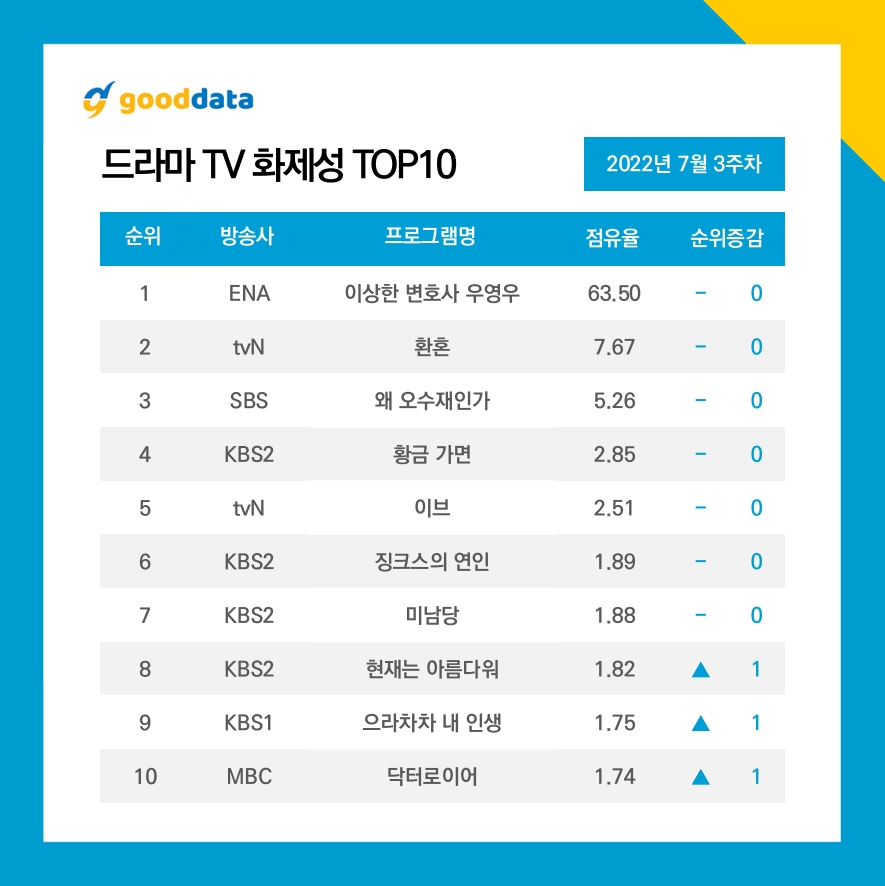 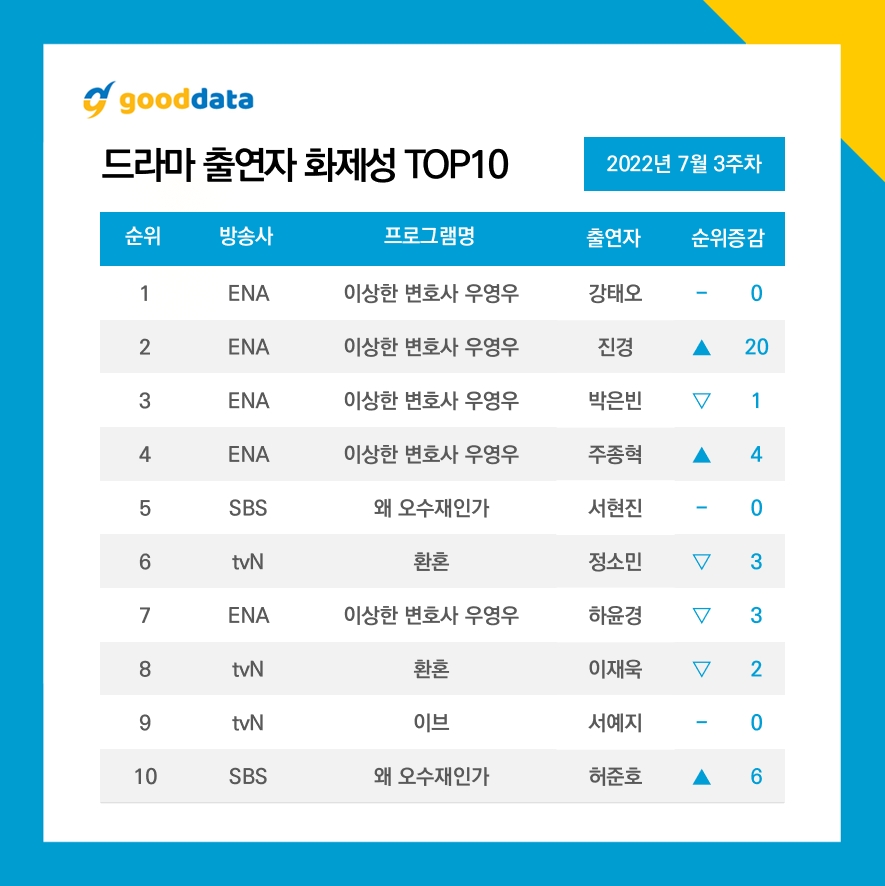 Can’t get enough Kang Tae Oh? Check out his drama “Doom at Your Service” here…

…or binge-watch all of “Why Her?” with subtitles here…