Kim Min Jae Gets Closer To The Truth About The King’s Death In “Poong, The Joseon Psychiatrist”

tvN’s “Poong, The Joseon Psychiatrist” has shared a sneak peek of its upcoming episode!

Based on the novel of the same name, “Poong, The Joseon Psychiatrist” tells the story of Yoo Se Poong (Kim Min Jae), a well-known internal medicine doctor who gets expelled from the royal court after getting caught up in a conspiracy. When he meets Seo Eun Woo (Kim Hyang Gi) and Gye Ji Han (Kim Sang Kyung) in the strange and beautiful village of Gyesu, he works to become a true doctor who heals the heart.

On the previous episode of “Poong, The Joseon Psychiatrist,” Seo Eun Woo and Yoo Se Poong finally confessed their feelings to one another. After Seo Eun Woo earnestly asked Yoo Se Poong to stay, saying she wanted to remain by his side, Yoo Se Poong asked her to wait for him until he managed to uncover the truth.

In newly released stills from the drama’s next episode, Yoo Se Poong is more determined than ever to get to the bottom of what really happened that fateful day. After passionately searching for the truth by immersing himself in a sea of books and papers, the doctor finally collapses on the floor in order to cool off and get some much-needed rest.

As Yoo Se Poong digs through the facts of the case, Seo Eun Woo seeks him out to tell him something—raising the question of what kind of solution the queen of mystery-solving might have to offer him. 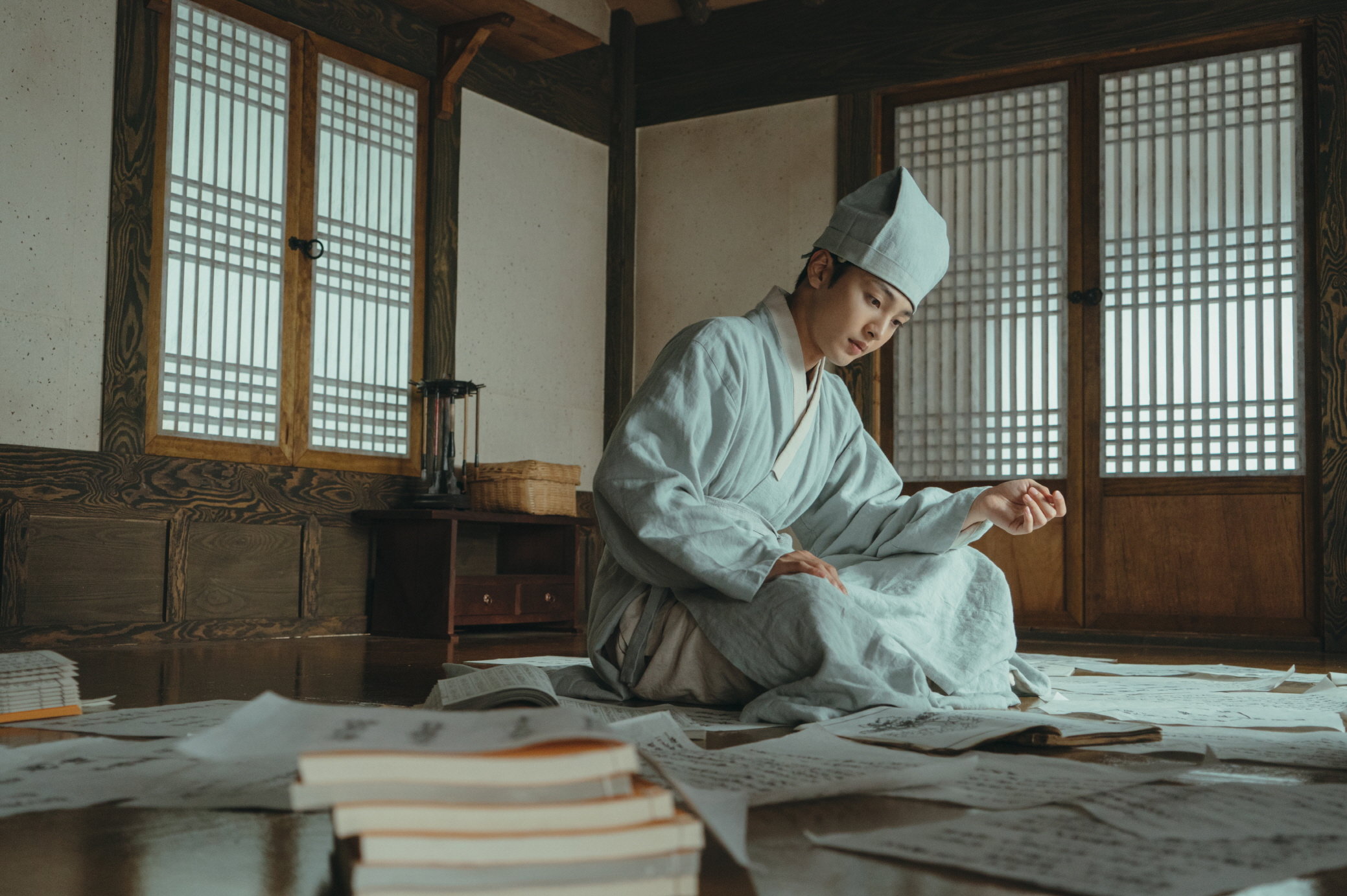 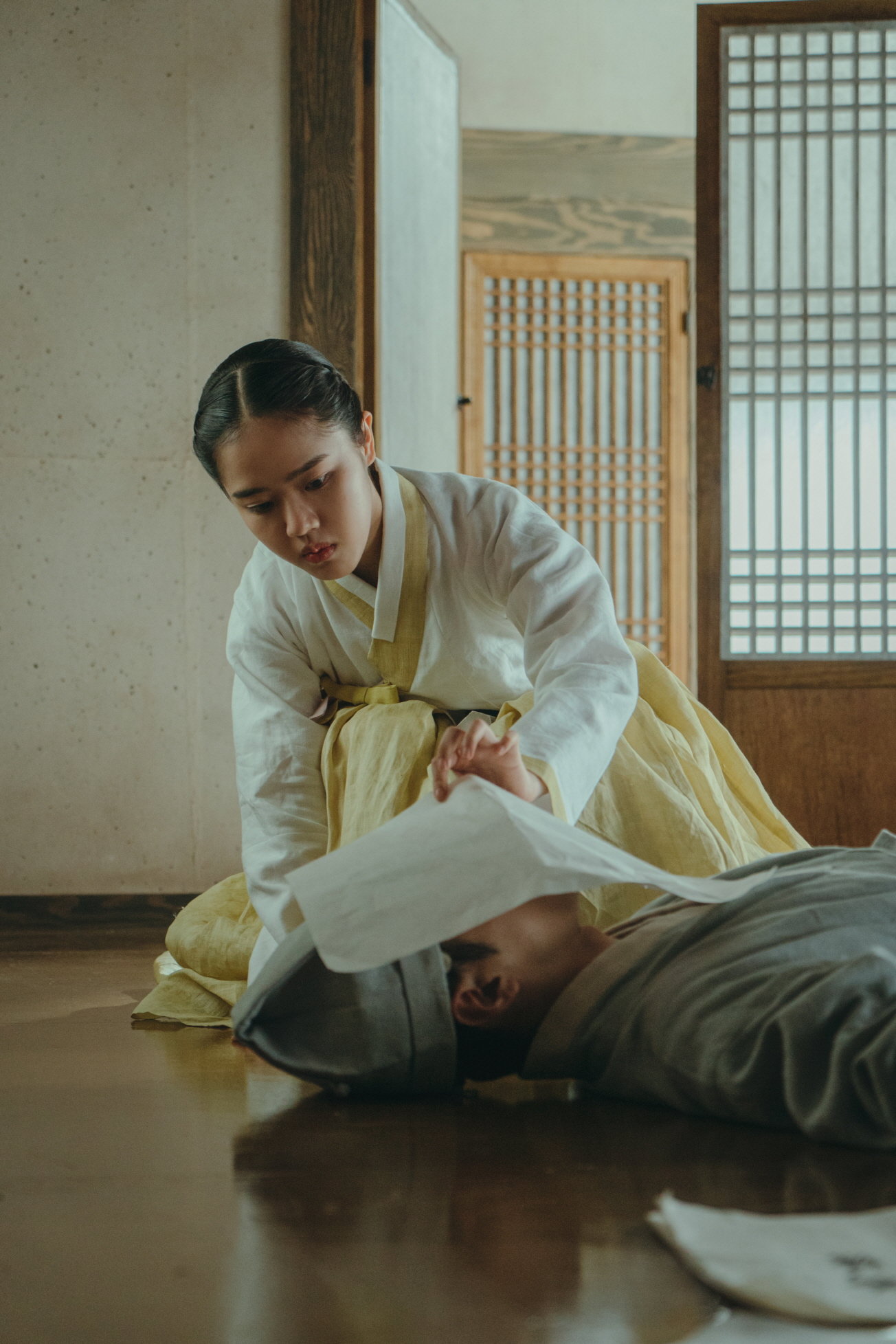 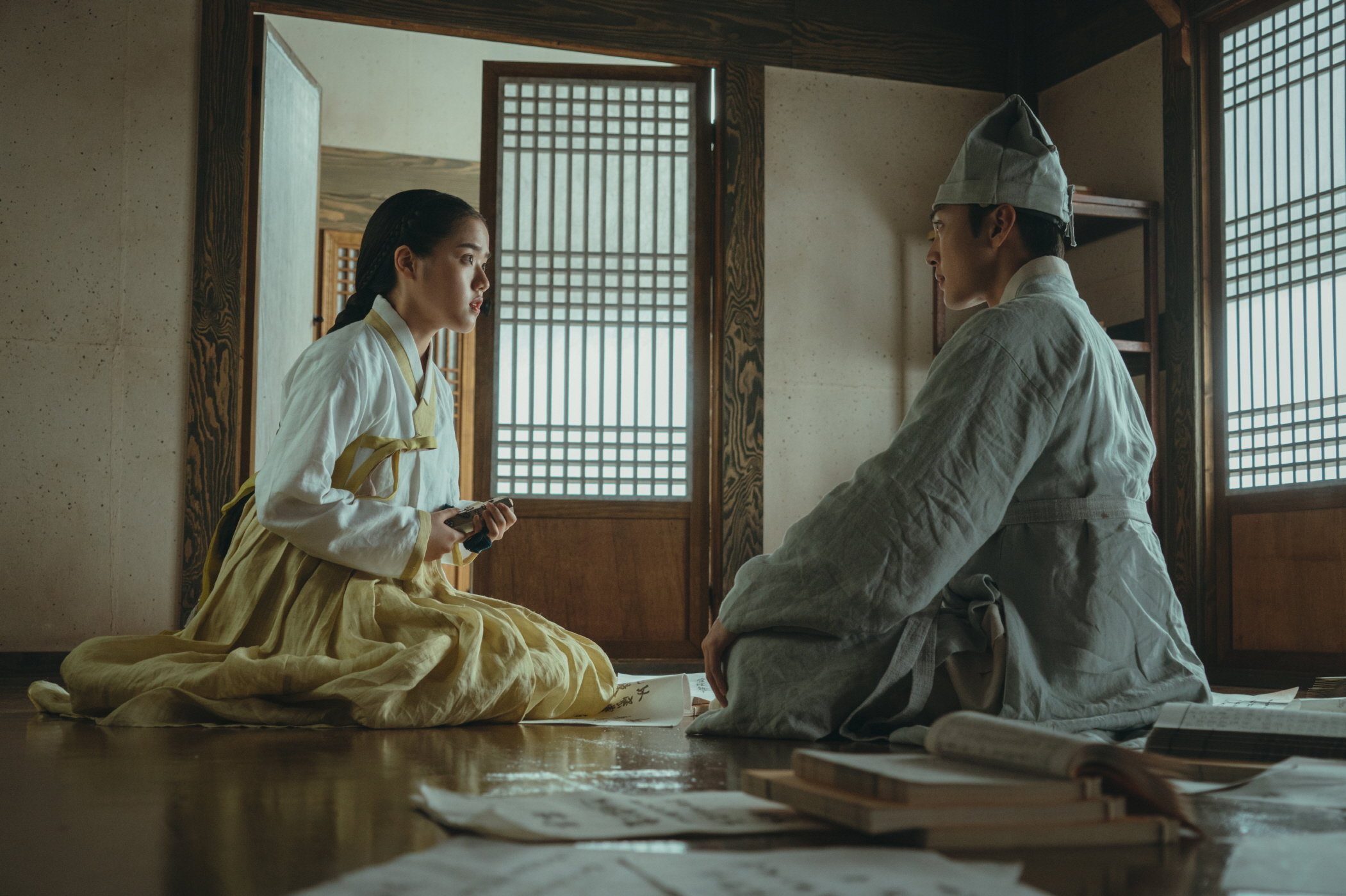 Meanwhile, other photos tease the arrival of palace maid Wol, who knows the truth behind both the former king’s and Yoo Hoo Myung (Jang Hyun Sung)’s deaths. Due to her unbearable pain, she is unable to speak, but her heart-wrenching sobs reveal the weight of the secret she is forced to bear alone.

With the Gyesu Clinic family warmly embracing Wol in her moment of despair, it remains to be seen if they will be able to heal her wounds—and what exactly it is that Wol knows. 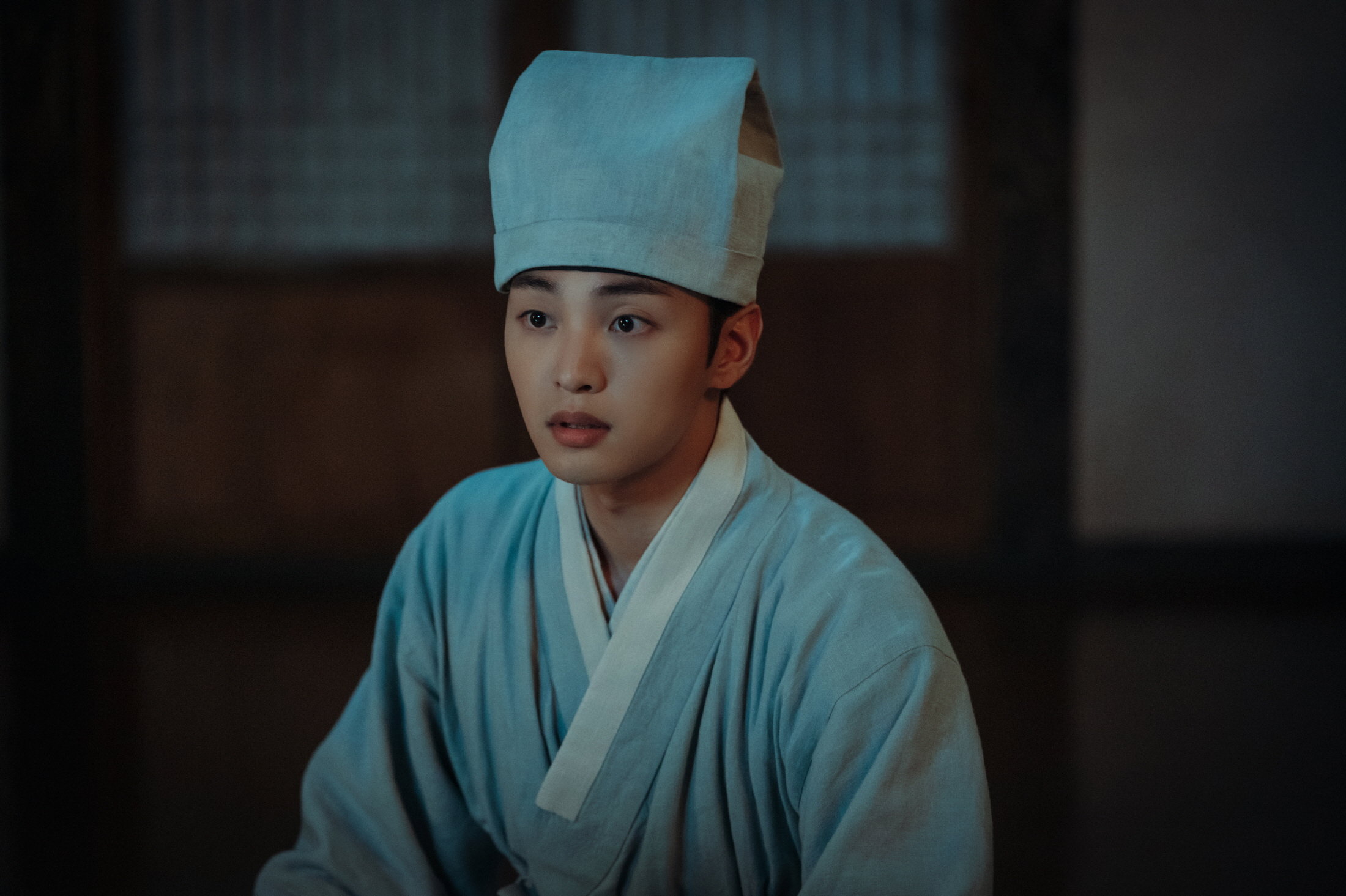 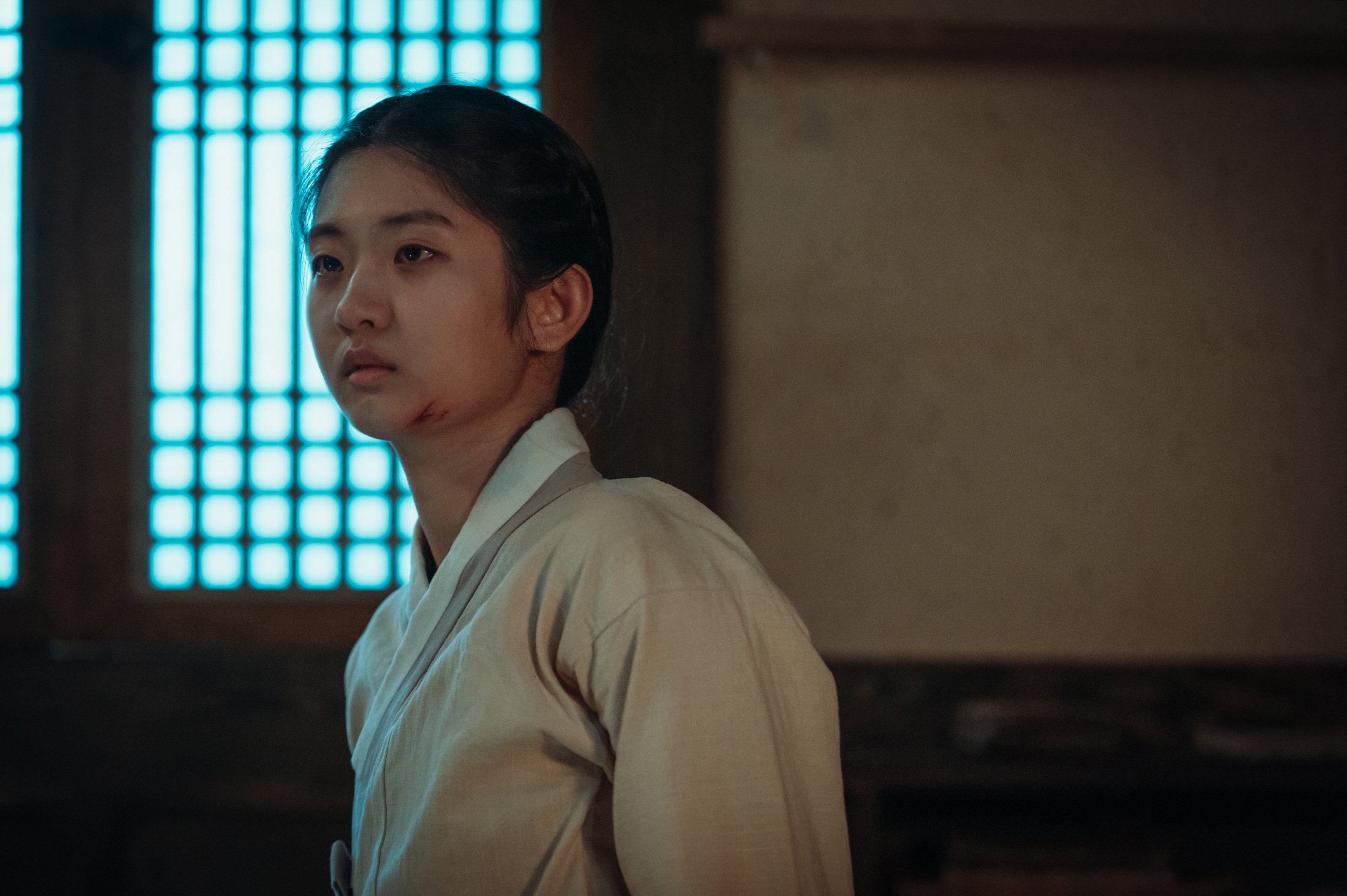 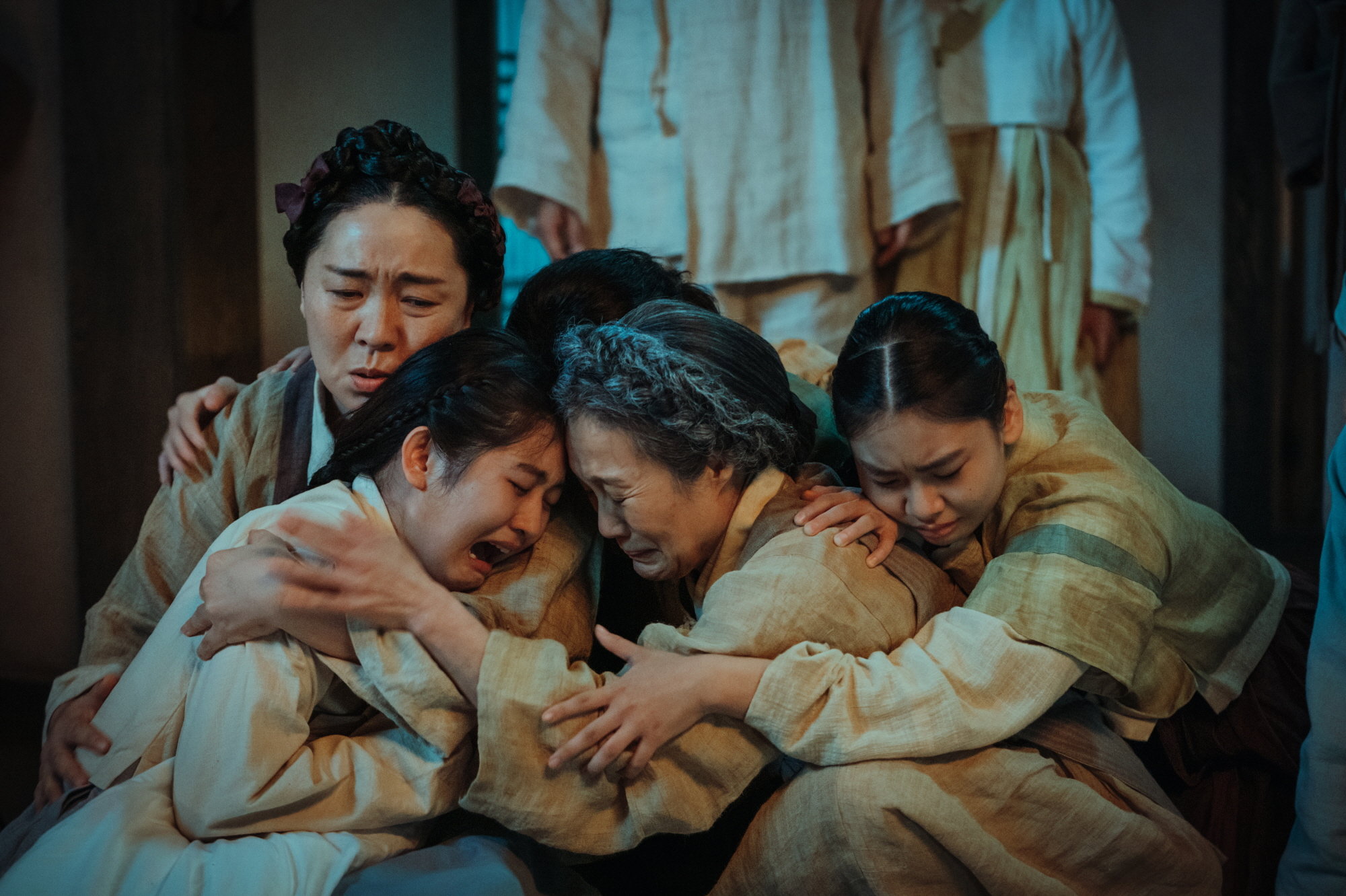 The producers of “Poong, The Joseon Psychatrist” commented, “Palace maid Wol’s arrival will leads to a new and unexpected turn of events. Please keep an eye on what kind of waves will be caused by the secrets Wol is harboring.”

They went on to add, “You can also safely look forward to the special prescription given by the Gyesu Clinic family, who will treat Wol’s wounds.”