tvN’s upcoming drama “Love in Contract” has shared a glimpse behind the scenes of its first shoot!

In the new behind-the-scenes video, Park Min Young introduces her character Choi Sang Eun by saying, “She’s a master of contract marriages, and she provides a custom-tailored service. Not love, but a marriage or a girlfriend. To be honest, I thought that it was entirely possible for such a job to exist in today’s day and age: ‘If you need someone [to be your wife or girlfriend] in this busy world, couldn’t such a service exist?'”

As for how she felt about their first shoot, Park Min Young shared, “I felt really comfortable. I wasn’t that nervous, and even though it was my first time working with this director and crew, I felt just the right amount of nerves.”

The actress also spoke confidently about her chemistry with co-stars Go Kyung Pyo and Kim Jae Young, enthusing, “They’re my two main partners in the drama, and they both have such great personalities that even before we began filming, I thought, ‘I won’t have to worry about chemistry or teamwork for this drama.'”

“Just as I’d expected, I got along really well with both Kyung Pyo and Jae Young during filming,” she continued. “They have completely opposite senses of humor, but I found the fact that they were opposites even more funny, to the point where it made me think, ‘If we can capture this on screen, this will end up being a really fun drama.'” 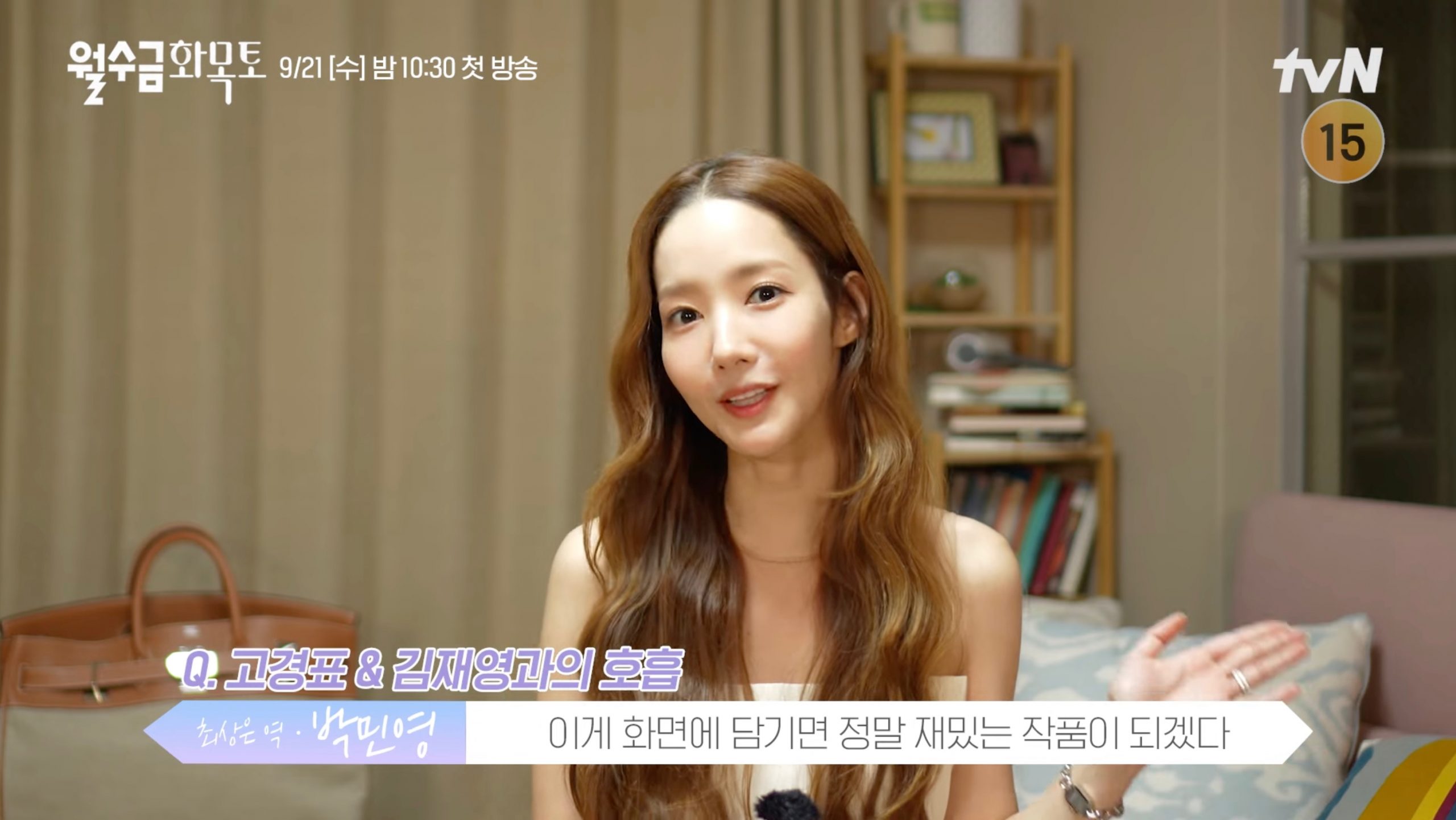 Meanwhile, Go Kyung Pyo introduced his character Jung Ji Ho as “a character who takes up Choi Sang Eun’s Mondays, Wednesdays, and Fridays,” before adding, “Since he’s a mysterious character, I hope he makes you curious about him.”

When asked about his experience during their first shoot, the actor replied, “The atmosphere on set was really cheerful, and everyone involved is so talented that I have lots of faith in them.”

Just like Park Min Young, Go Kyung Pyo spoke enthusiastically about his chemistry with his co-stars, noting, “It’s my first time working with all of the other actors, but we had great chemistry, and we also spent a lot of personal time together during our off-hours.”

He went on, “We’ve become a lot closer during our script readings, so I hope our chemistry will shine through well on screen.” 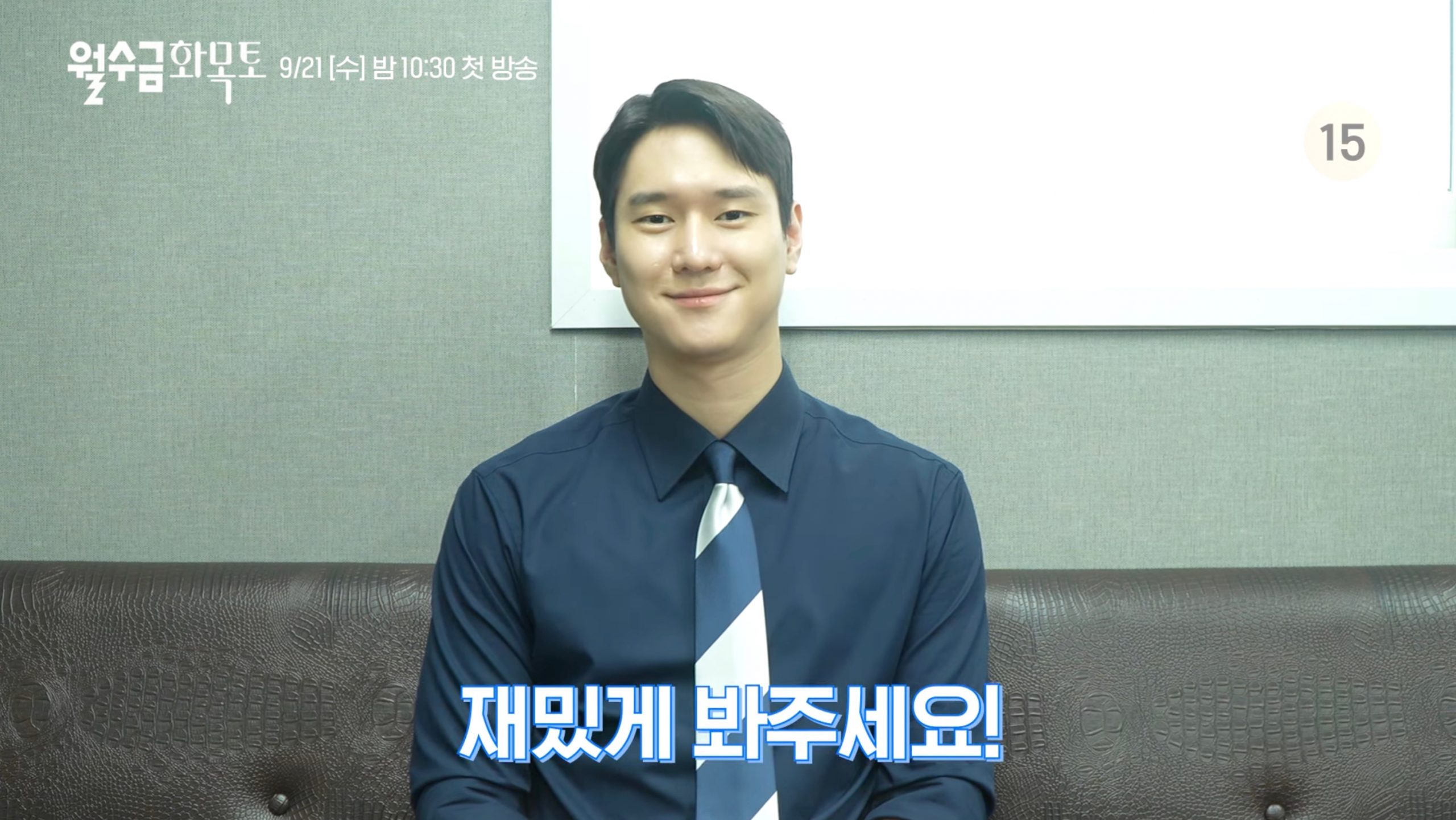 Describing his own experience on set, Kim Jae Young remarked, “Today was my first shoot. Working together with the other actors and talking to the director and crew on set, I think I’ve been feeling really comfortable while filming.”

The actor also mentioned that it felt strange seeing Go Kyung Pyo play a character so different from his real-life personality, explaining, “Since Ji Ho is a mysterious character who doesn’t warm up easily to others, someone who’s the complete opposite of my role, he’s totally different from the Kyung Pyo that I knew before. So that felt very unfamiliar.”

He went on to conclude, “I’ll do my best and work hard so that we can gift viewers with a fun drama.” 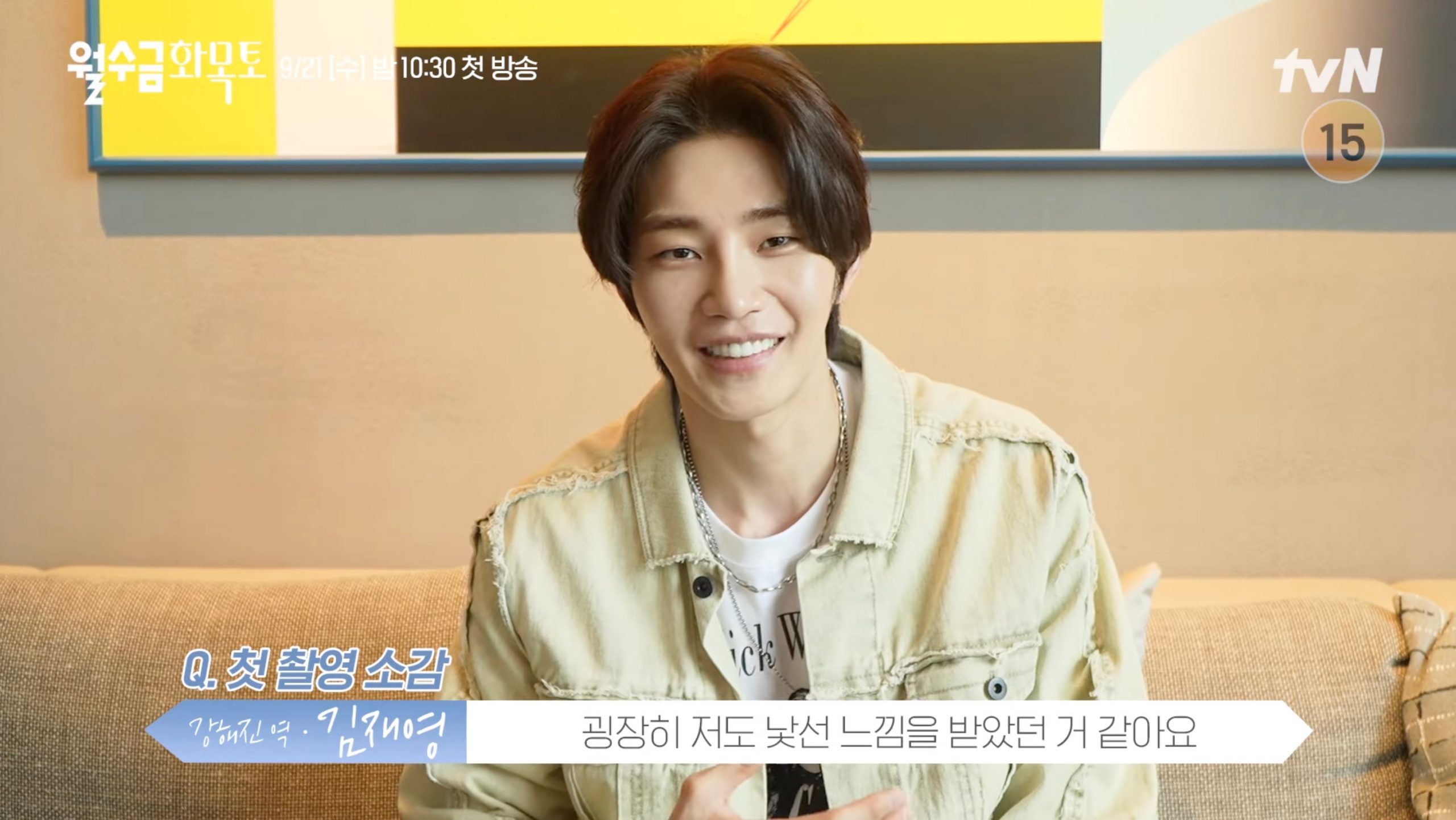 Finally, Go Kyung Pyo wrapped up by saying, “I hope you’ll enjoy our drama ‘Love in Contract’ and that it can be a source of energy in your amidst your exhausting everyday lives. We’ll work hard on filming, so please enjoy it.”

Park Min Young chimed in, “It’s starting to get chillier, and as the weather changes, this is the season where you start to feel envious of couples. Our romantic comedy will be arriving at exactly that moment. Please give ‘Love in Contract’ lots of love.”

In the meantime, check out the new behind-the-scenes video below!

You can also watch a teaser for “Love in Contract” with English subtitles here: