MBC’s “Big Mouth” wrapped up its run as the most buzzworthy drama of the week!

In its final week on air, MBC’s “Big Mouth” climbed back up to No. 1 on Good Data Corporation’s weekly list of the dramas that generated the most buzz. The company determines each week’s rankings by collecting data from news articles, blog posts, online communities, videos, and social media about dramas that are either currently airing or set to air soon.

KBS 2TV’s “The Law Cafe” held onto its spot at No. 3 on the drama list, with its stars Lee Se Young and Lee Seung Gi ranking No. 4 and No. 5 respectively on the actor list.

KBS 2TV’s “Gold Mask” also maintained its position at No. 4 in the drama rankings, while stars Cha Ye Ryun and Na Young Hee ranked No. 8 and No. 10 respectively on the actor list.

On the drama list, KBS 2TV’s “It’s Beautiful Now” and tvN’s “Adamas” climbed up to No. 5 and No. 6 respectively in their own final weeks on air.

Finally, two new tvN dramas made their debuts on the list this week: “Blind” entered the rankings at No. 7, while “Mental Coach Jegal” debuted at No. 9. 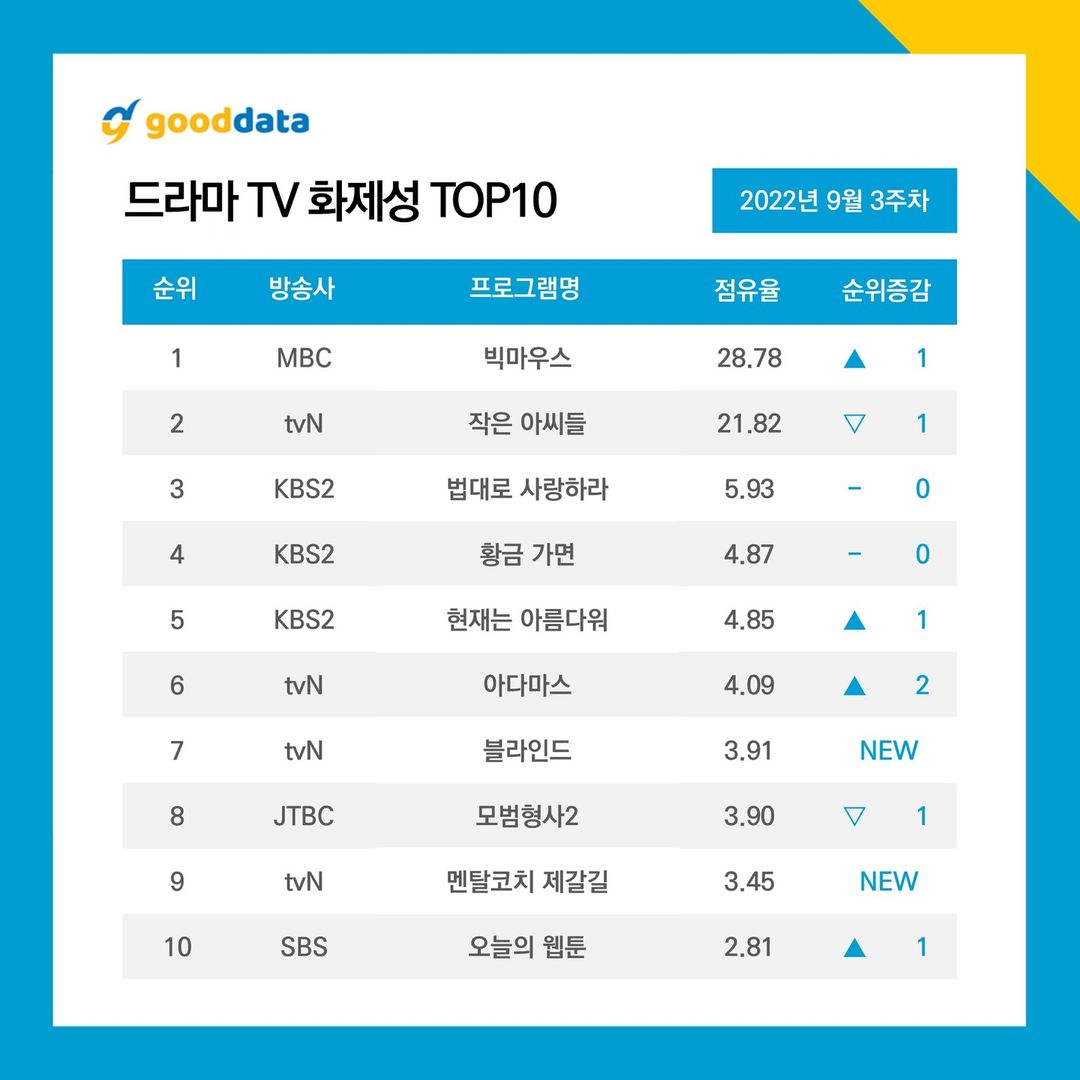 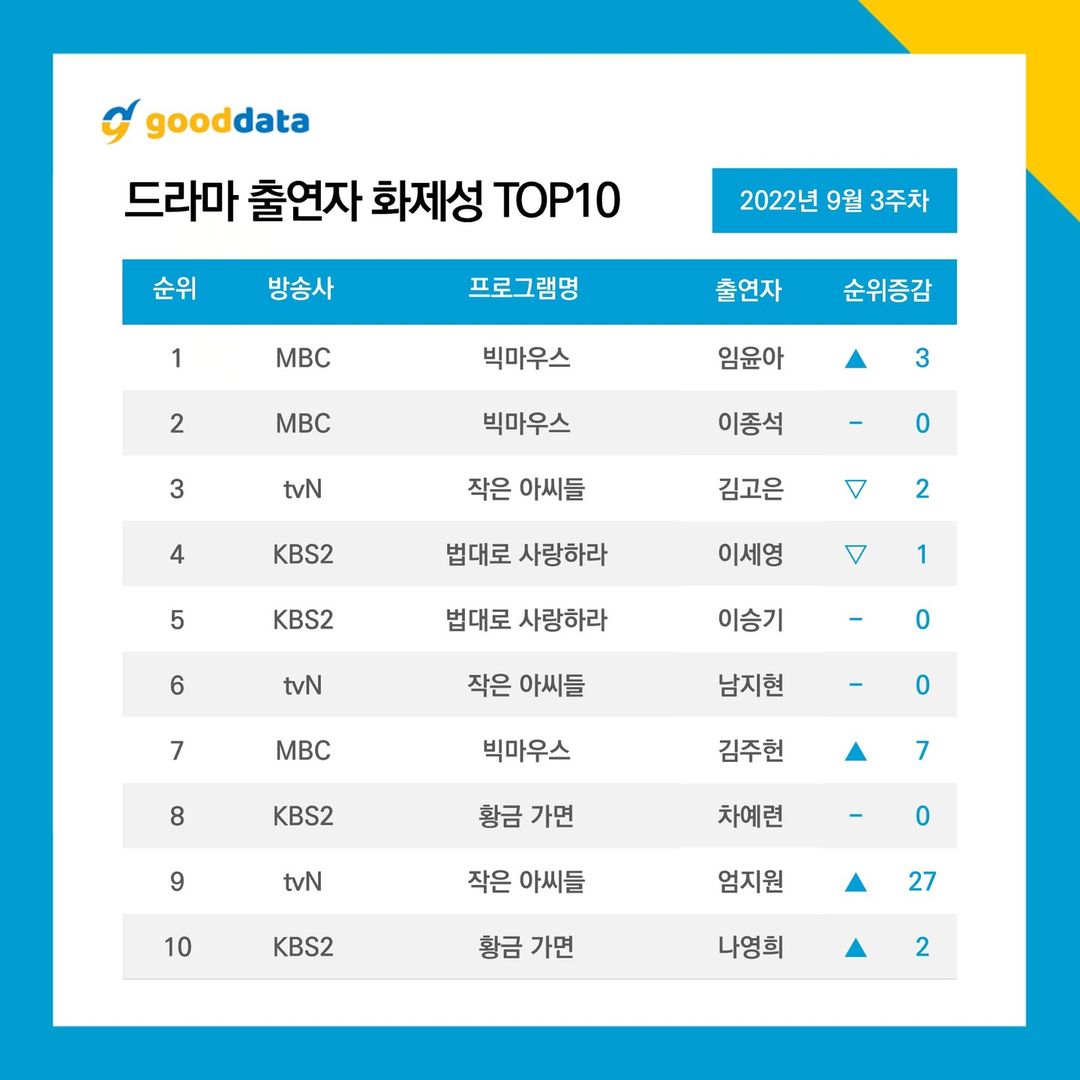 Watch full episodes of “The Law Cafe” with subtitles here…

…and “Mental Coach Jegal” below!