The Korean entertainment industry seems to always be playing with the theme of zombies. The good thing about this is that they manage to make the storylines so compellingly interesting, that it’s hard not to get sucked in. But beyond dramas about zombies, there are a lot of great past K-drama characters who would make great teammates in the event of a zombie apocalypse. These characters would undoubtedly have to be smart, quick, brave, and have what it takes to step up to a zombie if we were in danger. Here are nine of those characters who might be perfect for the job.

Disclaimer: This feature only highlights characters who do not have any supernatural abilities. 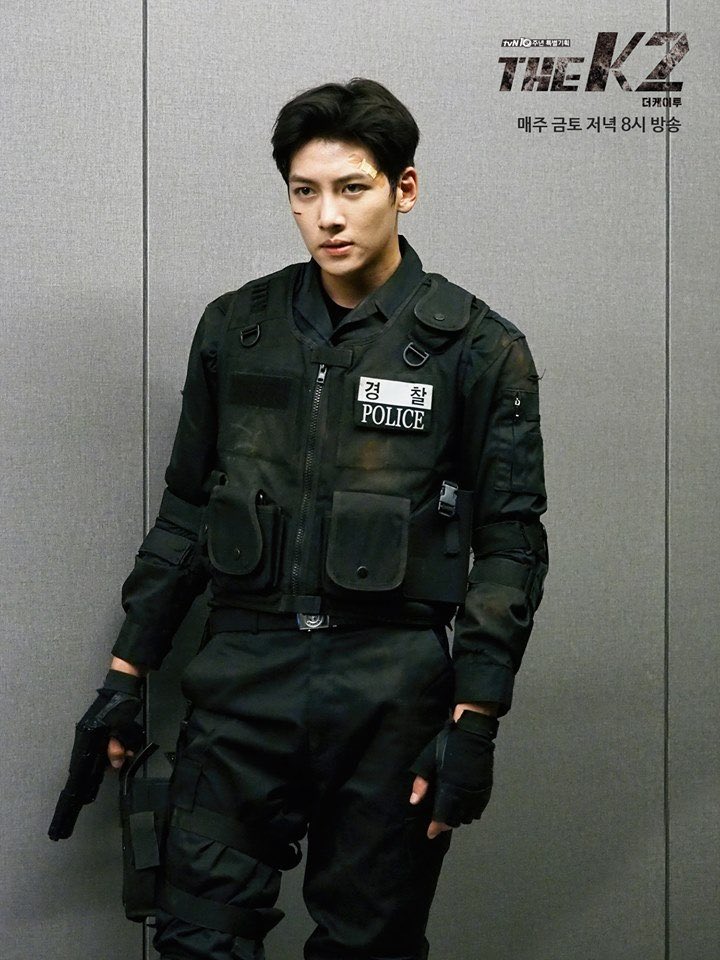 Ji Chang Wook in pretty much any of his action flicks would be the perfect addition to the team when fighting off zombies. Seeing all the extensive training he does for each project he takes on only proves that he would be a great asset. Whether it be bodyguard Kim Je Ha from “The K2” or Seo Jung Hoo from “Healer,” Ji Chang Wook would have no problem helping us escape the hands of some grotesque zombies!

Watch him in action in “Healer” here: 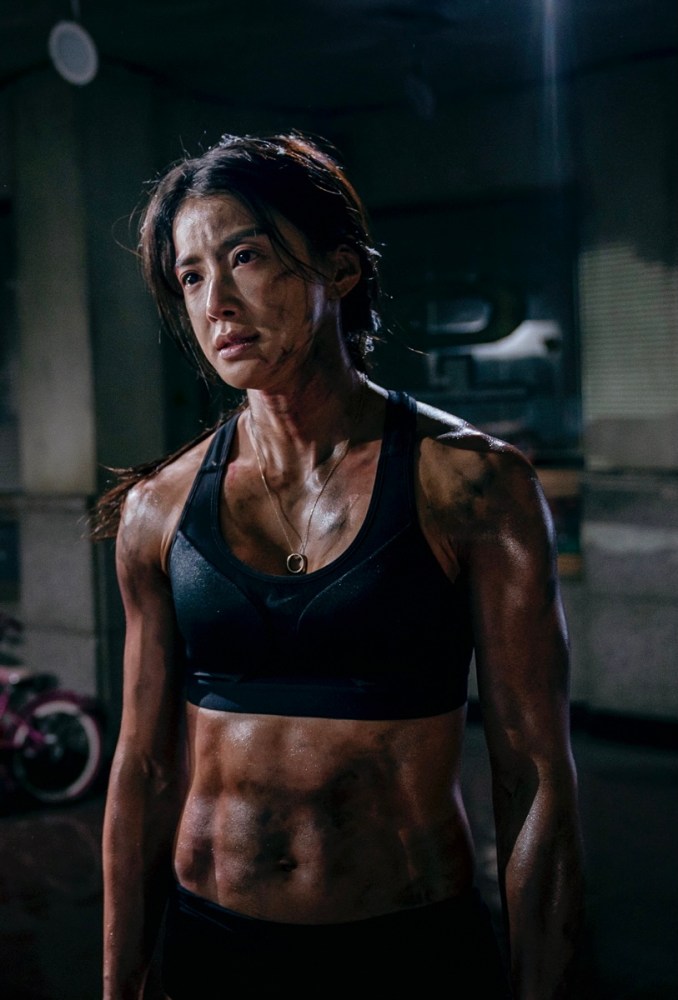 It’s no secret that Lee Si Young is the epitome of badass female action star when it comes to her projects. Lee Si Young as Seo Yi Kyung in the horror thriller series “Sweet Home” is one to particularly note as she plays a firewoman who is obviously capable of holding her own when it comes to being in any sort of monstrous apocalyptic situation. There is no doubt that having Seo Yi Kyung on the team would make everyone feel very safe. 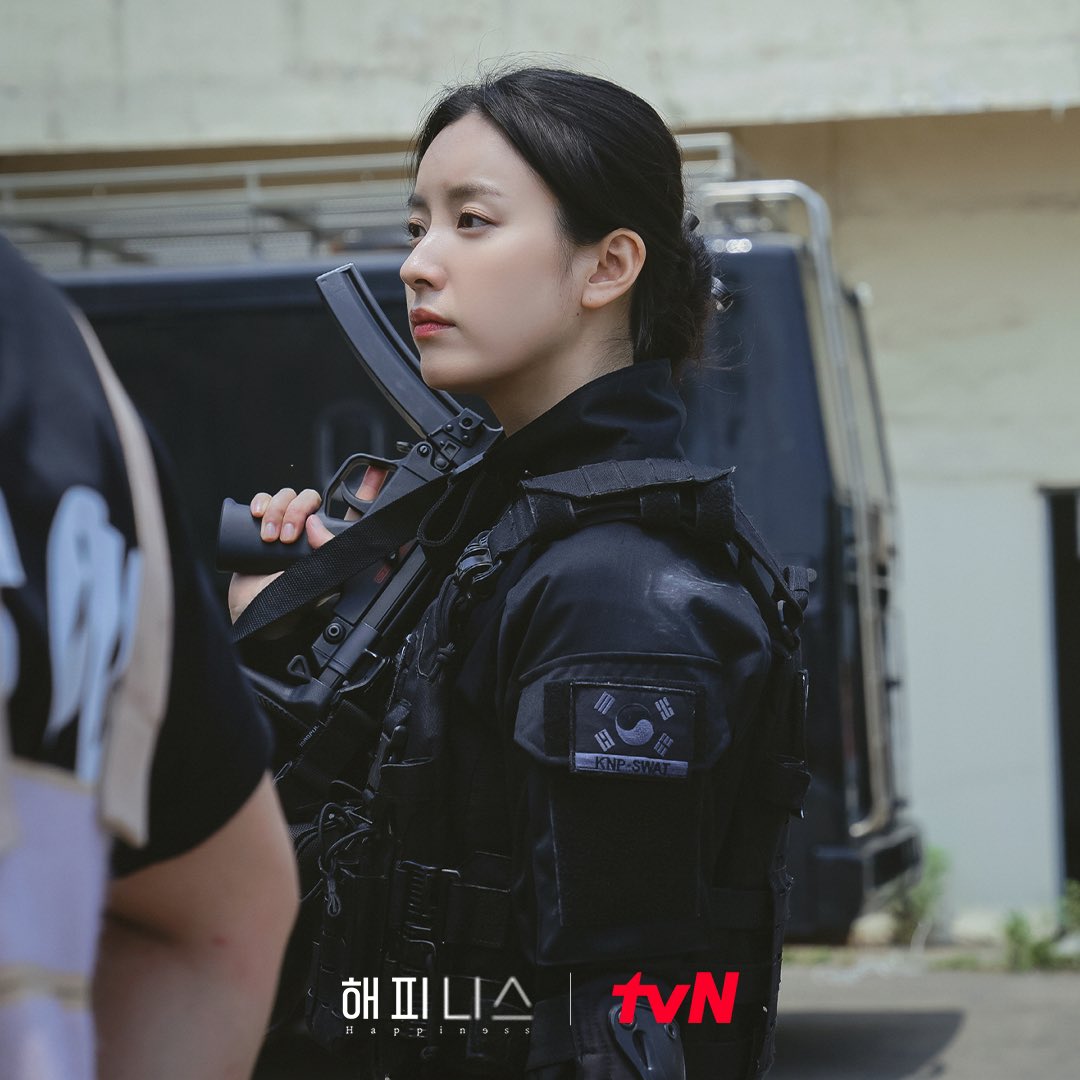 The lovable Han Hyo Joo as Yoon Sae Bom in the zombie series “Happiness” not only has experience fighting off infected humans, but she also has a sense of humor that will help lighten the mood. Sae Bom’s courage and bravery when it comes to facing anything that might be remotely horrifying does not even faze her, which is exactly what we need! 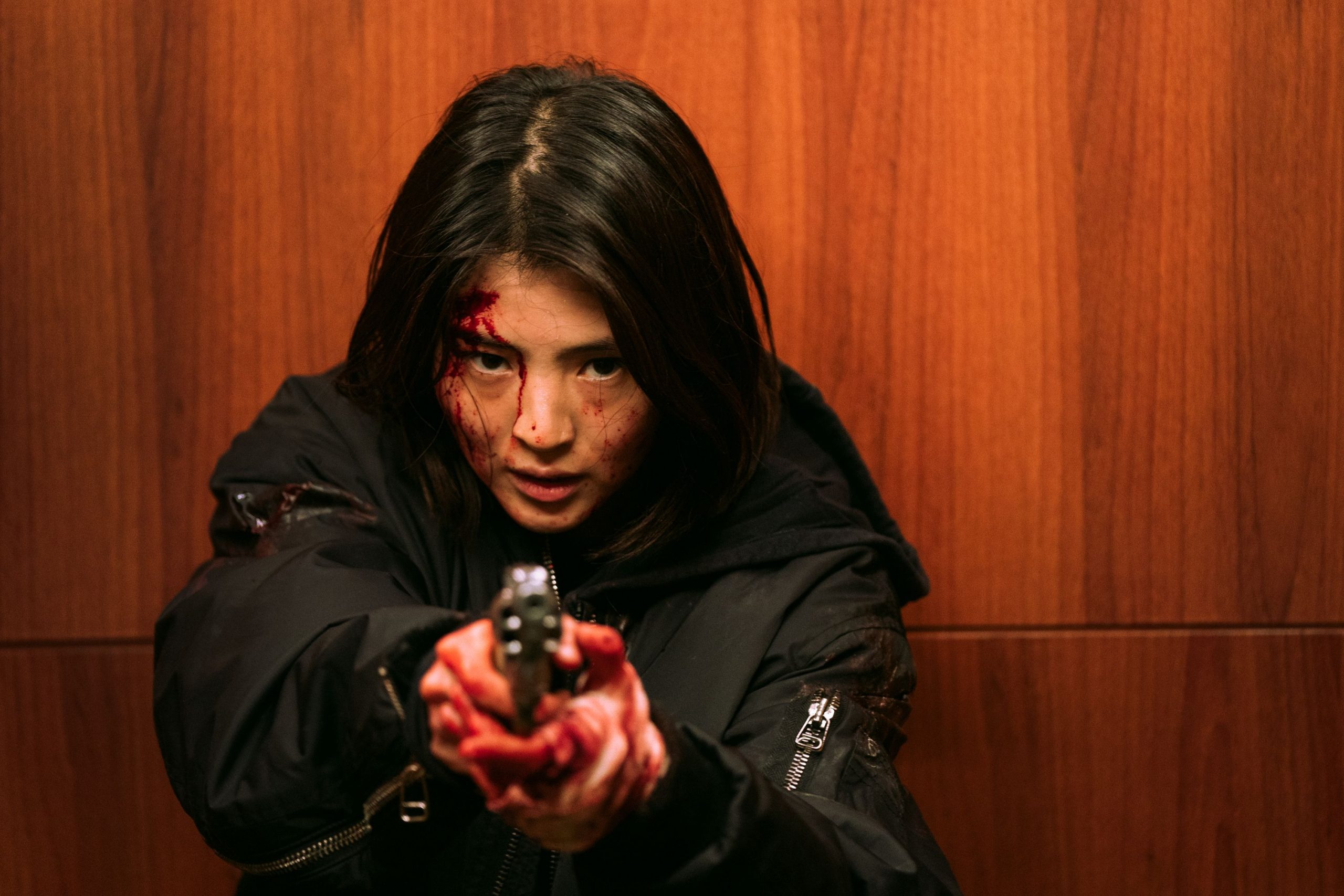 Who would have thought that Han So Hee could be a crime-fighting action queen? With her past roles starring in melodramas and romances, not even her fans could anticipate the wreckage she would cause as a vengeance-seeking cop in “My Name.” Although the series is a bit shorter in length, it gives you a good idea of how much power and damage Han So Hee could do if she ever had to fight some zombies.

5. Park Seo Joon from “Fight For My Way” 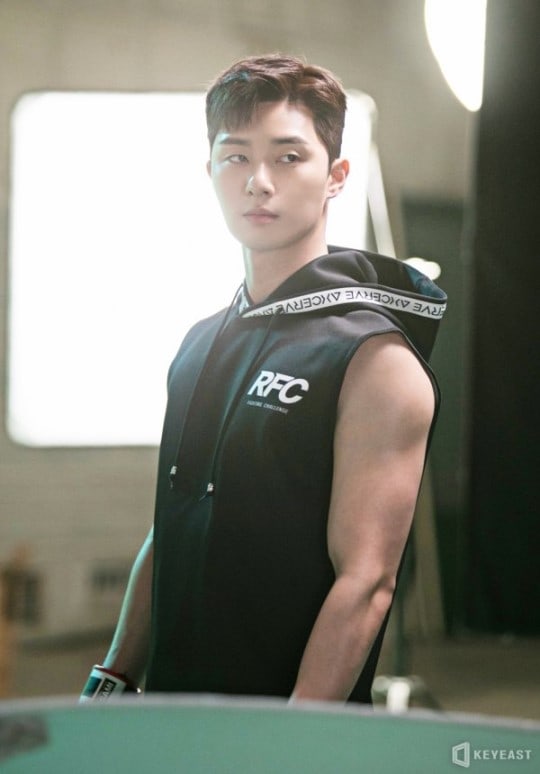 If you’ve already watched this K-drama, you will definitely remember that scene where Ae Ra (Kim Ji Won) is being harassed by men, causing Dong Man (Park Seo Joon) to completely lose his mind while saving her. It’s scenes like these that really show what it would take for someone to survive a zombie apocalypse, and lucky for us, Park Seo Joon has got it.

Watch “Fight For My Way” here: 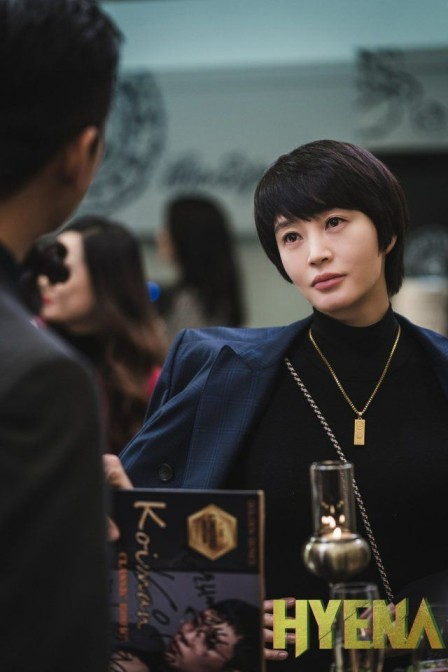 Although Kim Hye Soo plays a lawyer in this series, the viciousness in which she is able to fight off perpetrators is on another level of epic. As a result of her childhood and having to fend for herself while growing up, Jung Geum Ja (Kim Hye Soo) has had to learn to fight her battles on her own. She can stand her ground and put up a fight, which is exactly what is needed! 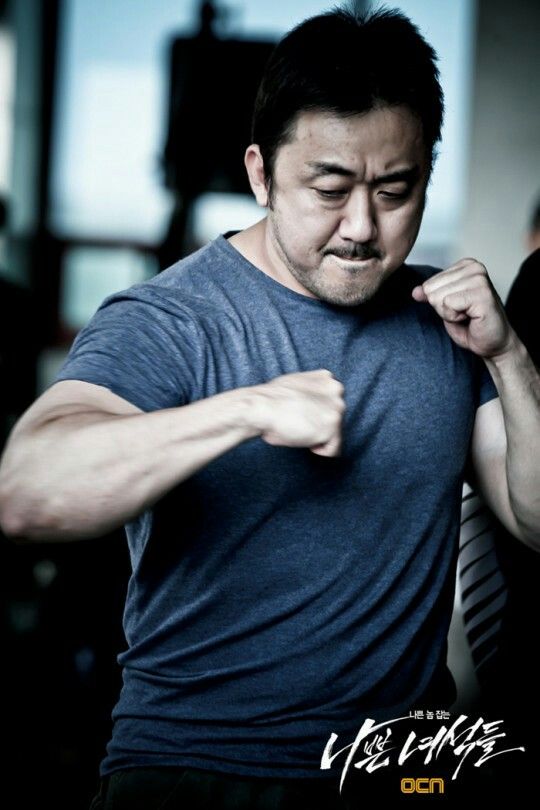 Ma Dong Seok in anything, really, would be beneficial for a zombie fighting team. But his role as Park Woong Cheol in “Bad Guys” is not to be messed with. Being a convict who is taken out of jail to find bad guys is a pretty perfect resume when it comes to looking for someone who will be able to help fight an apocalypse. Ma Dong Seok would surely be able to handle his own, probably even with one hand tied behind his back!

8. Namgoong Min from “The Veil” 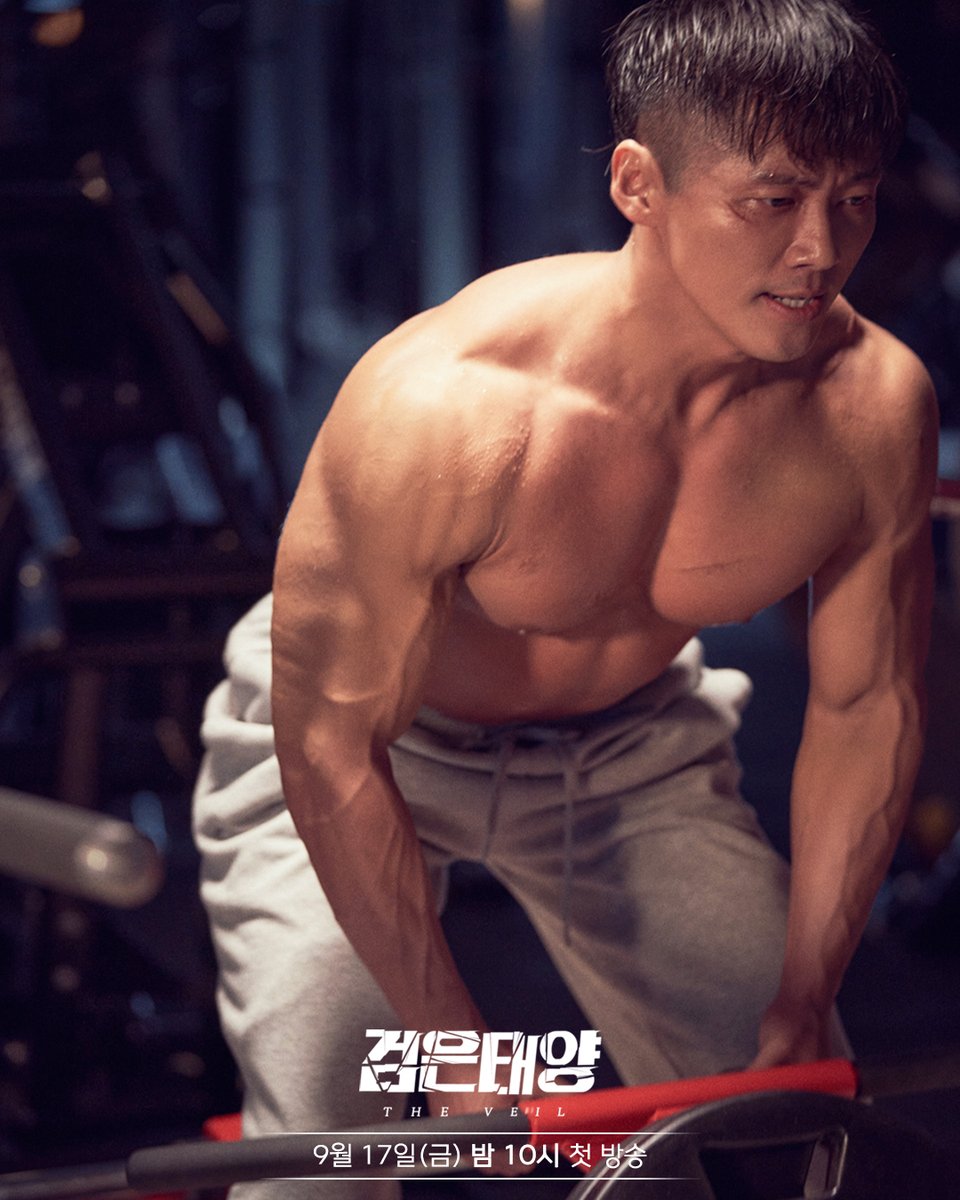 If you’ve seen any of the clips or even photos of Namgoong Min playing Han Ji Hyuk in “The Veil,” then you’ll completely understand why it’s absolutely necessary for him to be on this list. Han Ji Hyuk is an elite field agent who is considered to be the best at the National Intelligence Service, so with these credentials, he’s pretty qualified to help fight zombies. 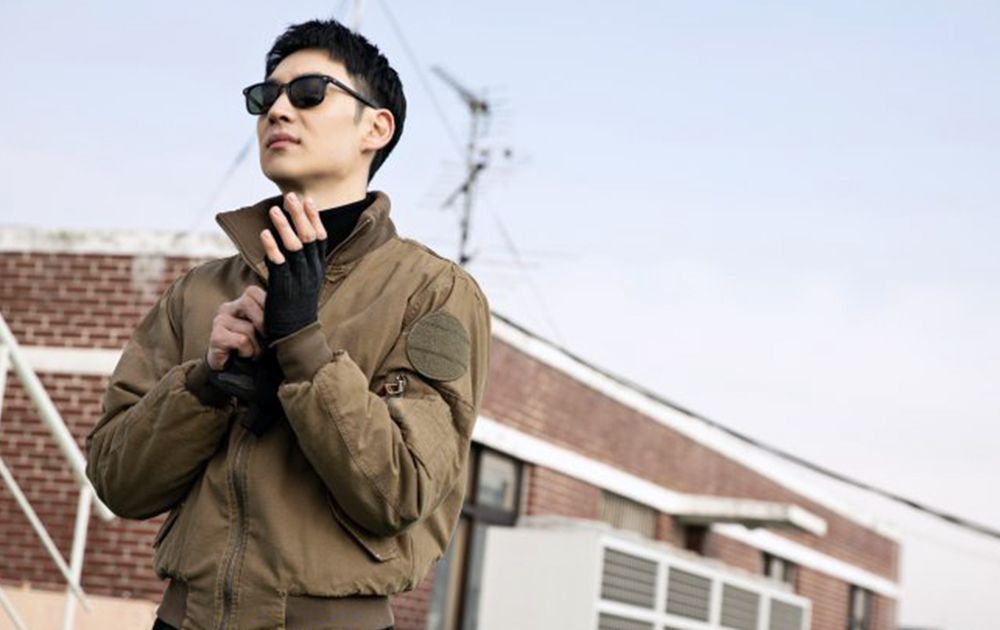 Kim Do Ki (Lee Je Hoon) would be the icing on top of the cake in this hypothetical end-of-world situation. He’s got the fighting skills and guts needed to take on the world, and things would be better off with him on our side. Not to mention, he’s great at putting on a mask and acting different parts in order to penetrate the opposing side. It’s not a bad addition if he’s willing to mask as a zombie!

Hey, Soompiers! Which K-drama character would you want to accompany you during a zombie apocalypse? Let me know in the comments below!

Currently watching: “Love is for Suckers,” “Love in Contract,” and “Cheer Up.”
All-time favorite dramas: “Secret Garden” and “Star In My Heart.”
Looking forward to: Won Bin‘s return to the small screen.