Based on the original webtoon of the same name, “Unlock My Boss” is a unique comedy thriller that depicts the story of Park In Sung (Chae Jong Hyeop), an unemployed job-seeker whose life changes after picking up a smartphone that speaks to him and even gives him orders. The smartphone found by Park In Sung claims that he is the CEO of a big IT corporation whose soul was trapped inside the smartphone after an incident. The story further follows Park In Sung’s journey to infiltrate the CEO Kim Sun Joo’s (Park Sung Woong’s) office in order to find the truth.

The teaser poster captures Park In Sung holding a smartphone with a mysterious expression as if he is at a crossroads where he has to make a choice. Trapped inside the smartphone is CEO Kim Sun Joo who is waiting for Park In Sung’s touch, which can potentially “unlock” him from the smartphone. The text that reads, “Unlock the pattern and start cooperation,” adds to the anticipation for the novel story that will unfold. 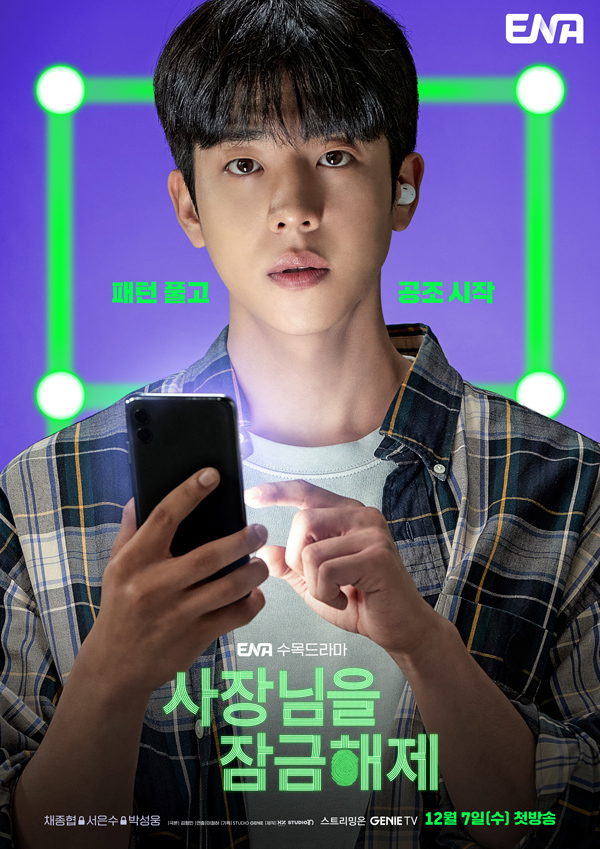 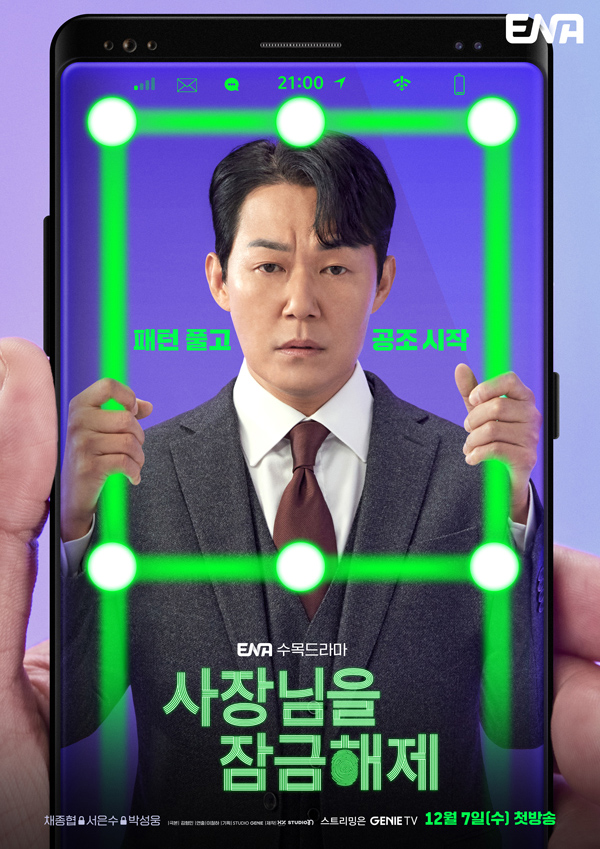 The production team remarked, “[The story of] Park In Sung, who infiltrates the CEO’s office at the command of Kim Sun Joo who is trapped in a smartphone and the unique team play of the two in the pursuit of truth will unfold with thrill and excitement. Veteran actor Park Sung Woong and rising young actor Chae Jong Hyeop’s chemistry will be one of the best points to keep an eye on.”

“Unlock My Boss” has been rescheduled to premiere on December 7 at 9 p.m. KST, and it will be available on Viki with subtitles!

While waiting, watch Chae Jong Hyeop in “The Witch’s Diner”:

Park Sung Woong
Chae Jong Hyeop
Unlock My Boss
How does this article make you feel?