tvN’s “The Queen’s Umbrella” has continued its reign over the rankings of the most buzzworthy dramas and actors!

For the third consecutive week, “The Queen’s Umbrella” topped Good Data Corporation’s weekly list of the dramas that generated the most buzz. The company determines each week’s rankings by collecting data from news articles, blog posts, online communities, videos, and social media about dramas that are either currently airing or set to air soon.

MBC’s “The Golden Spoon” rose to No. 2 on this week’s drama list, and star BTOB’s Yook Sungjae took No. 3 on the actor list.

SBS’s “One Dollar Lawyer” climbed to No. 3 on the drama list, with Namgoong Min rising to No. 2 and Kim Ji Eun following at No. 8 on the actor list.

Meanwhile, SBS’s “Cheer Up” stayed strong at No. 4 on the drama list this week.

KBS 2TV’s new drama “Curtain Call” debuted at No. 5 on the drama list, with star Kang Ha Neul entering the actor rankings at No. 10.

tvN’s “Love in Contract” ranked No. 6 on the drama list, while stars Park Min Young and Go Kyung Pyo came in at No. 4 and No. 7 respectively on the actor list.

Finally, KBS 2TV’s “Bad Prosecutor” claimed No. 7 on the drama list, followed by KBS 2TV’s “Three Bold Siblings” at No. 8. 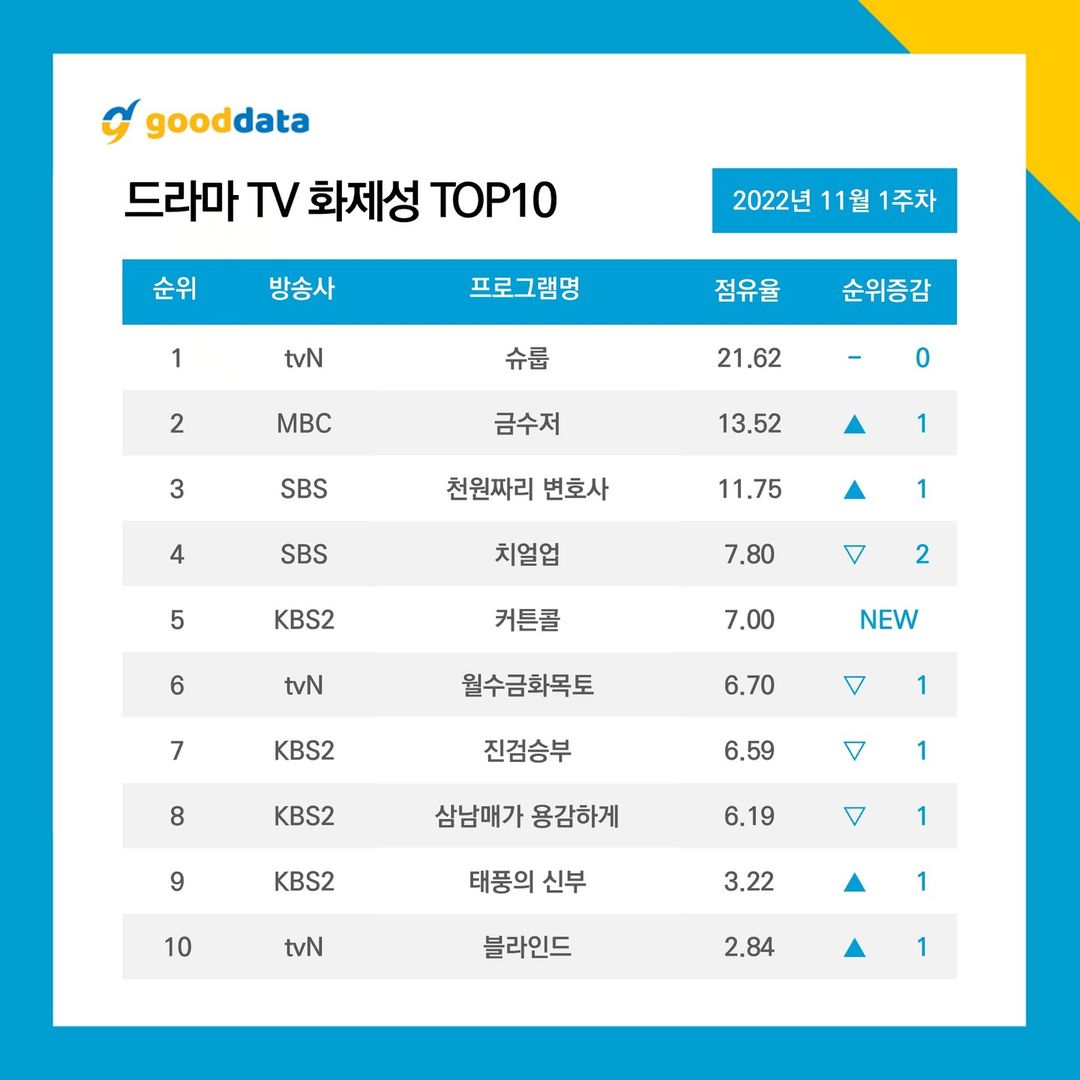 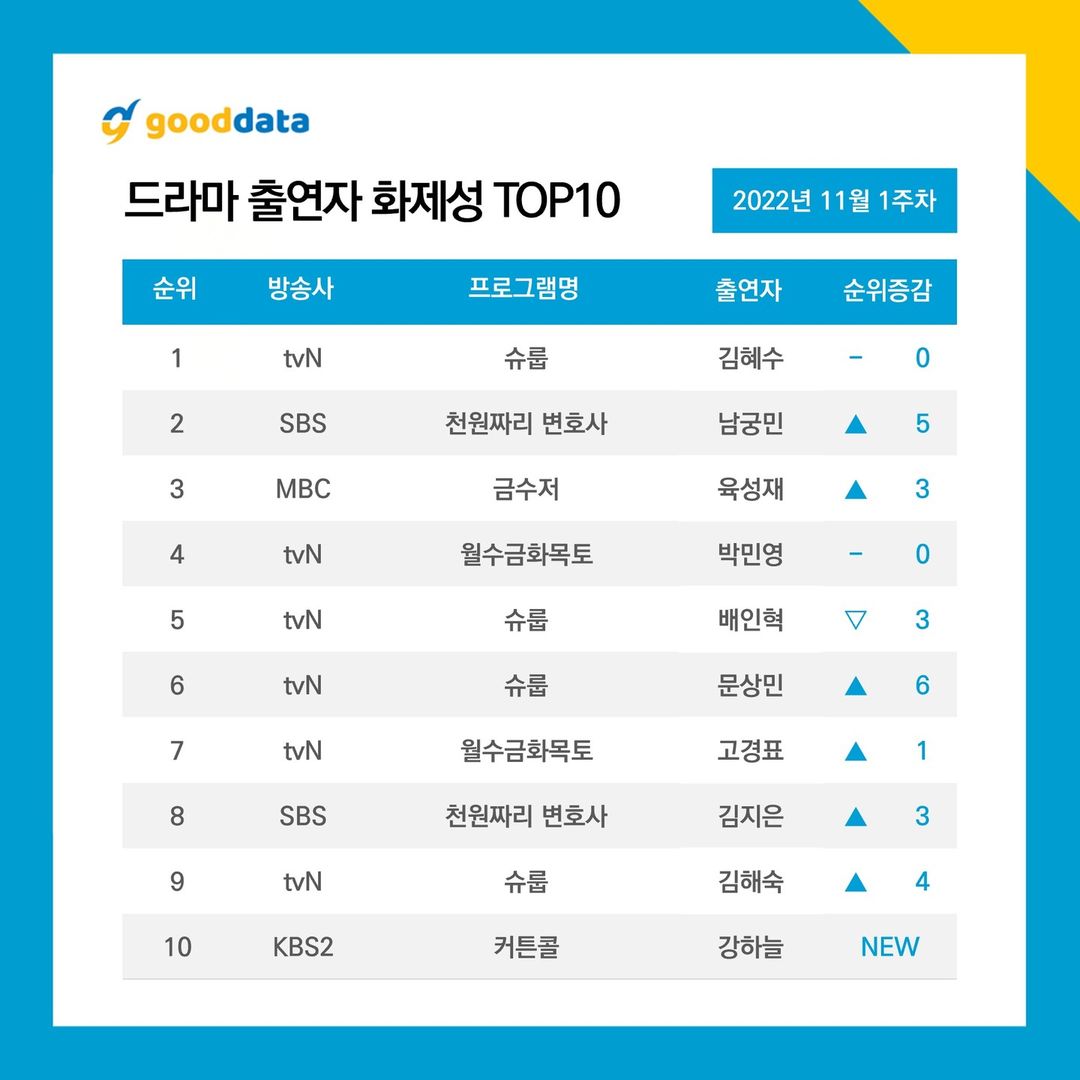