Im Siwan’s and Seolhyun’s worlds are about to collide on “Summer Strike”!

Based on the popular webtoon of the same name, “Summer Strike” is a new romance drama about people who leave behind their busy lives in the city in order to move to a small town and do nothing. Im Siwan will star as Ahn Dae Bum, a shy math genius who is now living a quiet life as a village librarian, while Seolhyun will play Lee Yeo Reum, a burned-out young professional who quits her job and ventures to an unfamiliar village in order to find herself.

In the upcoming second episode of “Summer Strike,” Lee Yeo Reum makes up her mind to settle down in the quiet seaside village of Angok. Newly released stills from the episode show Lee Yeo Reum seeming slightly nervous and awkward as she looks around town for the first time. The backpack-toting wanderer also starts hunting for a place to live, with someone showing her a potential new home.

While exploring the village, Lee Yeo Reum will also have an eventful first meeting with Ahn Dae Bum. In an intriguing photo from the upcoming episode, Ahn Dae Bum has fallen on the ground outside the library and is covering his face while hastily handing Lee Yeo Reum something. A crowd of worried young children gather around Ahn Dae Bum and glare daggers at Lee Yeo Reum, raising the question of what could have happened between the two leads during their first encounter. 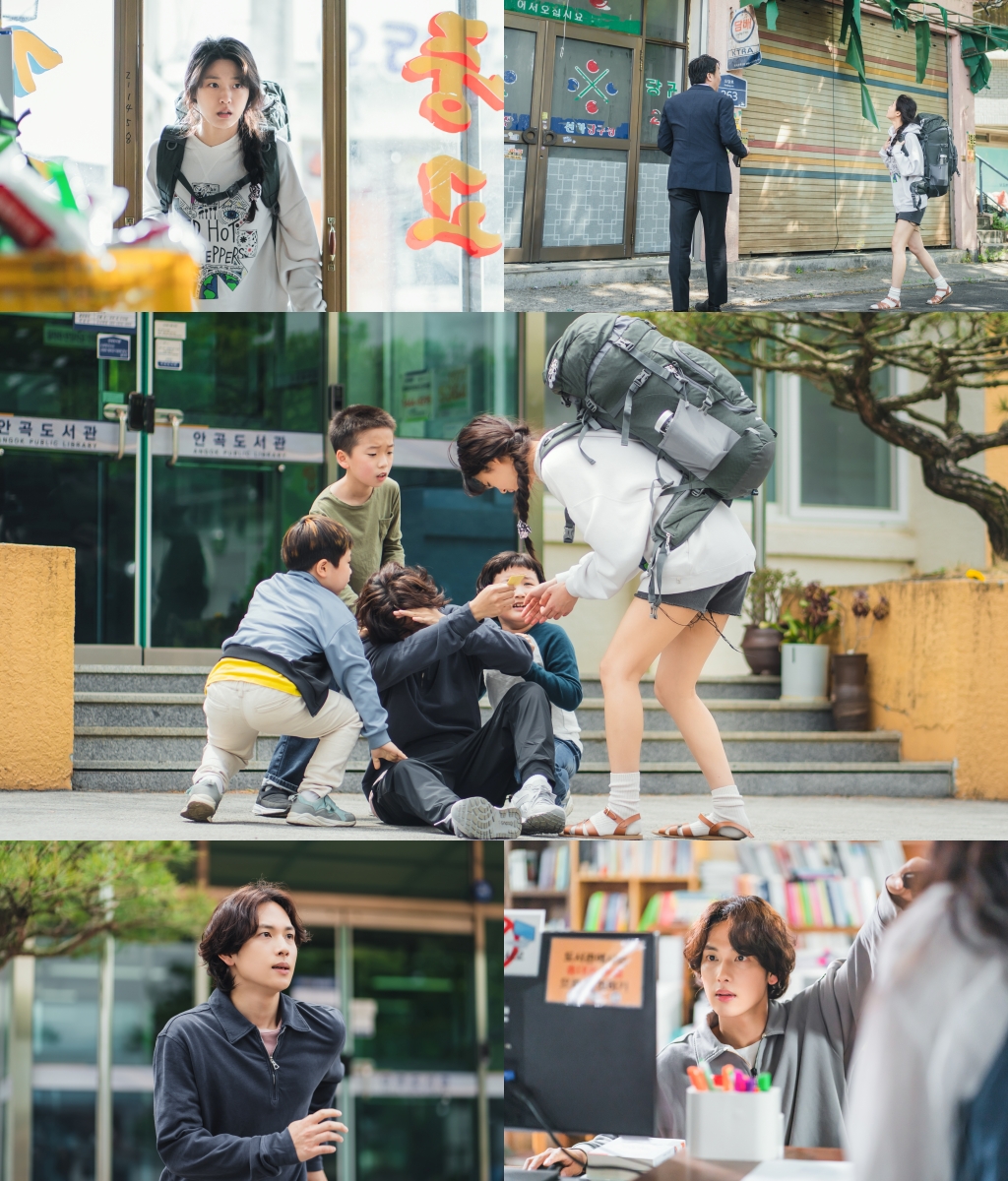 The producers of “Summer Strike” teased, “With Yeo Reum entering the village of Angok, our drama’s story will truly begin. While Episode 1 was realistic and relatable, a very different, fun, and refreshing episode lies in store [in Episode 2]. From Yeo Reum’s eventful first day in Angok, a unique variety of villagers will appear, and she will also have a first meeting with Dae Bum that stems from a misunderstanding. Please look forward to it.”

In the meantime, check out the first episode of the drama with subtitles below!