MBC’s “The Forbidden Marriage” has shared more details regarding the upcoming drama!

Based on the web novel of the same name, “The Forbidden Marriage” is a new drama starring Kim Young Dae as King Yi Heon, who falls deep into despair after the death of his wife and ends up prohibiting marriage in his kingdom. Seven years after the loss of his wife (played by Kim Min Ju), who was then the crown princess, he comes across a con artist named So Rang (Park Ju Hyun) who claims that she can be possessed by the late princess’s spirit.

The center of the chart draws attention to the relationship between So Rang, Yi Heon, and Lee Shin Won. Viewers are curious to find how matchmaker con artist So Rang, King Yi Heon, and Uigeumbu officer (member of the judiciary organ) Lee Shin Won have met despite their vastly different backgrounds and what stories will unfold involving them and the law.

The characters surrounding the three leads also raise questions. Linked to So Rang is the tea shop Aedaldang, which is described as a “place well-versed in love,” piquing interest in how Aedaldang will run in an era in which marriage is forbidden. In addition to So Rang, Aedaldang’s Gwaeng Yi (Choi Duk Moon) and Hae Young (Jung Bo Min) will also create interesting stories as they help young men and women looking for love. 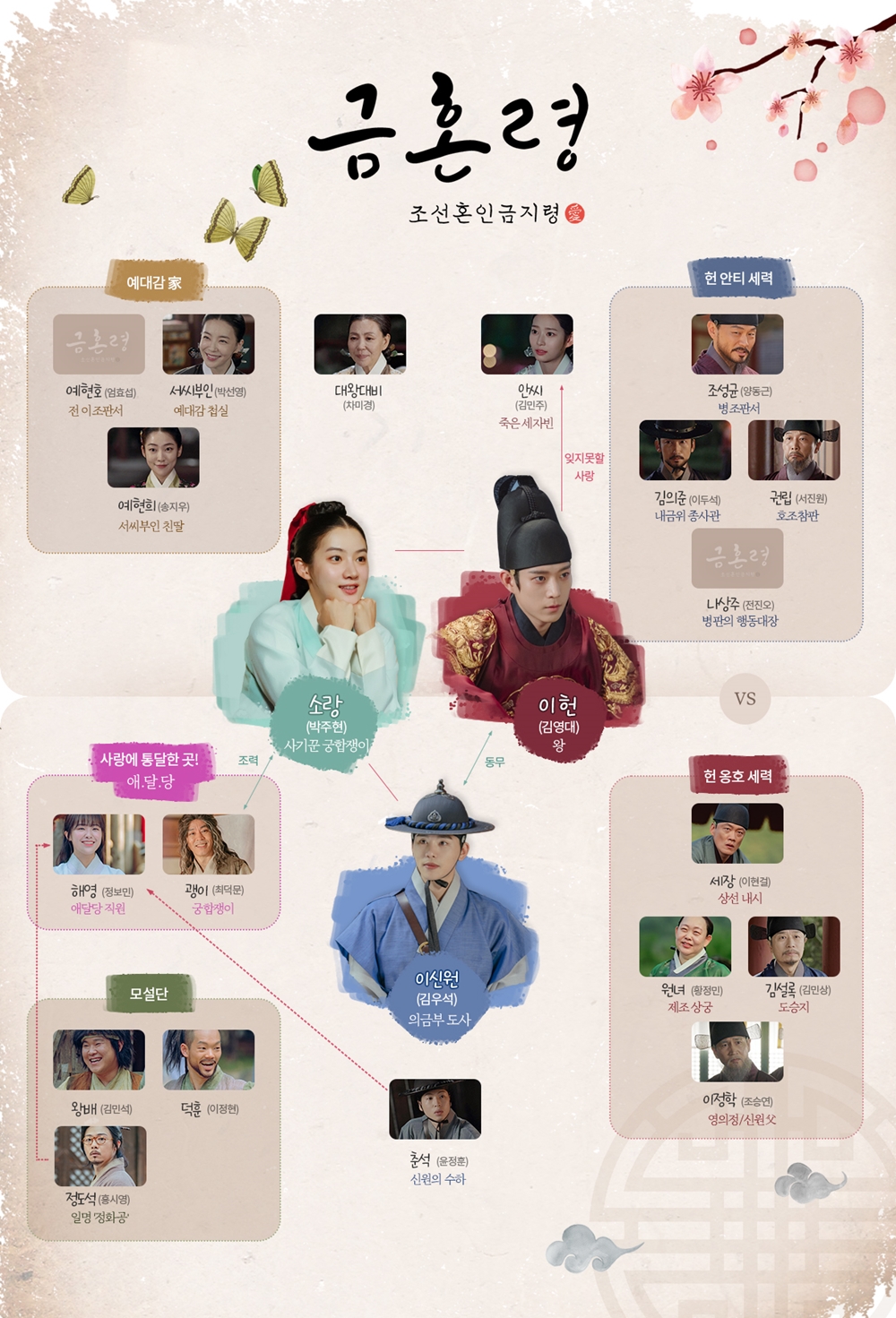 “The Forbidden Marriage” will premiere on December 9 at 9:50 p.m. KST. In the meantime, check out a teaser for the drama here!