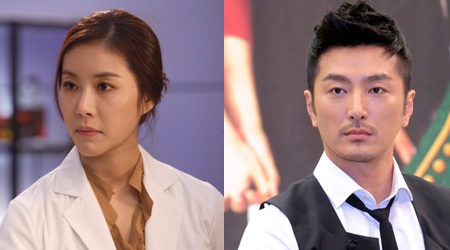 Han Eun Jung and Ryu Tae Joon will star in a new KBS drama “Four Hundred Years of Dream.” Director Moon Young Jin of “Hometown Legends” horror series as well as screen writers Chae Hae Young, Kim Shin Tae, and Choi Young In have teamed up for “Four Hundred Years of Dream.” It is a mystery-fantasy drama where two lovers from a former life are reunited when a mummy is discovered.

Han Eun Jung of “Gumiho – Tale of the Fox’s Child” once again plays a woman who has much han (a deep resentment that is associated to Koreans) within her. Anatomy professor Kang Hee Sun (Han Eun Jung) finds a four hundred year old mummy in movie director Cho Hyun Min’s house and discovers that it is the body of her former life. Hee Sun and Hyun Min were married in their former lives (when she was Soo Hee and he was Moo Hyun), but were separated when she was taken prisoner as a sex slave during a war. She was confined in a secret room and killed. Moo Hyun eventually kills himself when he finds out of her wronged death. Ryu Tae Joon of KBS2’s “Will You Marry Me” (2010) plays Cho Hyun Min/Moo Hyun.

The story will be aired as a special two-episode drama and is a bit unlike other dramas in that a mummy appears. “Four Hundred Years of Dream” is set to broadcast on March 27th at 11:15PM KST.