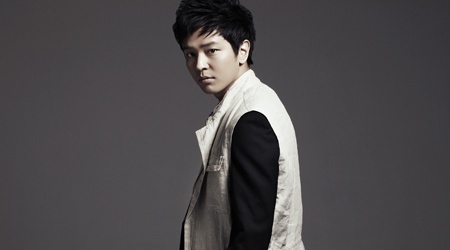 Kim Jung Hoon, the singer-turned-actor still probably best known as Prince Yul in 2006′s Goong, has been out of the public eye for a while now while completing his military service, and has announced his comeback project: He’ll star in the cable romantic comedy I Need Romance, the Sexy and the City-esque tvN offering that’ll follow Manny.

Like Sex and the City, this drama centers around the love lives of single careerwomen in the big city, and if other cable trendies are any indication, it’ll have a little more license to get risqué than a broadcast drama. (Caveat: Other sex-themed cable dramas like Hyena or Romance Hunter aired late at night and were given 19+ rating designations, while tvN’s new timeslot is trying out the family-friendly prime-time hour of 9pm. Still, I’d be happy to take a Soulmate level of sassy talk, over the tamer stuff of most broadcast romances.)

The drama’s chief PD expressed his faith in the project, saying, “The quality of the scripts is very high. It’ll be a romance drama that twenty- and thirtysomething women viewers will be able to laugh, cry, and sympathize with.”

Kim Jung Hoon isn’t the best actor around, but I have a soft spot for him and Prince Yul, who I always think shoulda gotten the girl. Shin always tended to piss me off, which may be why I didn’t love Goong as much as I could have. And the less spoken of his role in Witch Amusement, the better. (Oy, was his character weird and awful in that. But the whole drama was weird and awful.)

I Need Romance (horrible title, by the way) is planned for 16 episodes and begins filming this week. It’s scheduled to premiere in June.