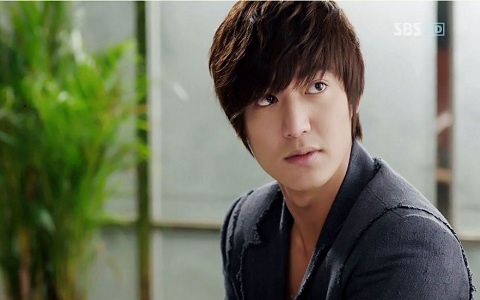 “City Hunter’s” director Jin Hyuk uploaded a photo of himself with his star Lee Min Ho as his profile picture on Twitter. In the photo, the director is wearing a silver helmet, ready to battle it out with “City Hunter’s” hero Lee Yoon Sung (Lee Min Ho). The actor is seen holding his script in one hand and clenching his fist with the other, all the while “glaring” at the director prepared to strike. The amusing photo delighted fans who were eagerly until Wednesday for the next episode.