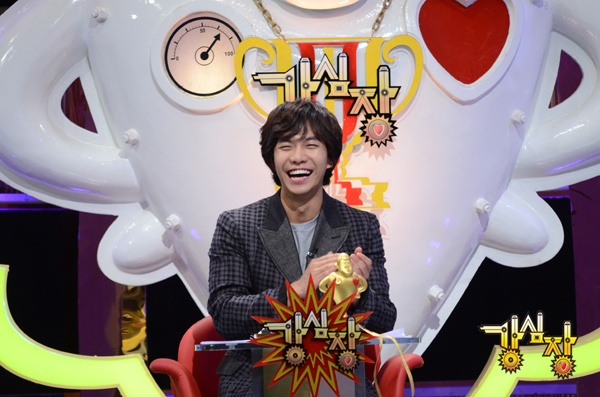 MC Seung Gi and Teuk Academy have ambitiously prepared to perform Hyun Jin Young’s “You Inside My Dim Memory.” For the sake of “Strong Heart” they have dressed up in 90’s hip hop fashion and have danced vigorously! The heart pounding session with the legend of hip hop Hyun Jin Young!

▶Narsha, “Christmas was a nightmare to me…?”

One of her fatal charms is her ability to hit high notes! Brown Eyed Girl’s Narsha!
Narsha, Christmas was always a nightmare for her? The true nature of her evil boyfriends that threw the studio into chaos will be revealed! Christmas is the time when everyone’s love comes true but for her, Christmas is intertwined with a sad jinx, what is the truth behind this sad jinx?

His heart-pounding attempt to win “Strong Heart!” The living legend of Korean Hip Hop, Hyun Jin Young! Hyun Jin Young’s greatest music teacher was his father! What was it about his father’s teaching that had such a deep and profound effect on him? The one comment that Hyun Jin Young said to his father that he would regret for the rest of his…the sad story behind his comment! The music that tied together father and song, the on-the-spot Jazz Hip Hop performance that is full of tears and heart-warming!

An actress and a lovely mother! They have returned after making a fresh transformation, Baby V.O.X.’s Kim Eiji and Lee Hee Jin! Baby V.O.X, in the past they had massive will power and personally swam across the Korea Strait?! Shocking Confession! The reason that they could endure such a difficult program was because of So Ji Sub? They went through a lot of suffering in the water, their behind the scenes story that you can’t really laugh at will be revealed!

▶ Diva, “We were the queens of arresting people!”

The Femme Fatales of the music world! The proud and confident ladies that we wanted to meet again, Diva’s Biki and Jini! The mighty Diva cannot stand to watch injustice! They arrested six bad guys? Even if they are a fan, if they are doing something that disrupts order, then they cannot forgive them! They try and replicate how they made their arrest in the studio! Back then, their attack (?) wasn’t violence but was justified! The ladies have still retained their mighty charms!