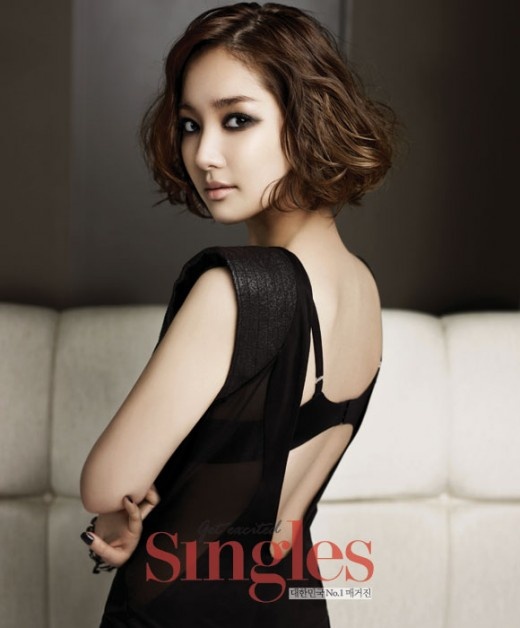 Park Min Young and Her Thoughts About Ending "Glorious Jane"

On December 29, KBS 2TV‘s “Glorious Jane” came to an end with the highest viewer ratings ever recorded in its run. Actress Park Min Young celebrated the drama’s end by saying farewell to her character, Yoon Jae In, in a recent interview.

“I’m glad that we were able to complete filming on a safe note. To act out Jae In’s character, I concentrated on a lot of the physical aspects of what made her so unique. As she slowly began to discover her identity as an heiress, she had to attend more and more public events. My most memorable scene is of her transformation wearing a beautiful dress,” Park Min Young began.

She continued, “What I earned from this drama is a new family. I was able to film for the drama in a family-like environment with my seniors. Grandma Jung Hye Seon, mother Choi Myung Gil, and teacher Son Chang Min all loved me and treated me like their own family. I was able to learn a lot from their acting, so it was a great opportunity.”

Park Min Young also made sure to thank her staff members, saying, “Not only me, but everyone, including the director, the writer, and the staff all worked so hard. Maybe it’s because the drama ended right at the end of the year, but I feel like everything’s finally over now. Thank you so much for loving ‘Glorious Jane’ all this while.”

As a concluding message, she said, “After saying farewell to Jae In, I plan to replenish my energy with some winter hibernation. I’ll be coming back with a better image next year so please don’t forget me until then.”