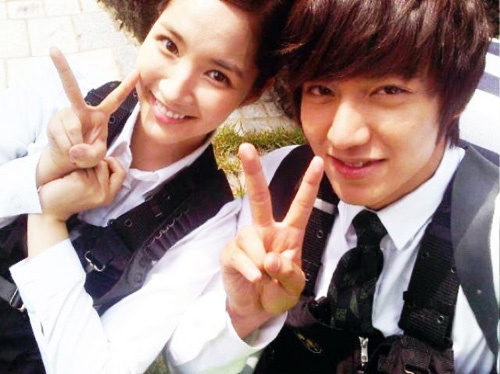 A representative of Park Min Young’s agency stated, “It’s been a while since they saw each other. It was really embarrasing for her to just go and reveal their break-up, and she didn’t want to put her agency in a sticky stituation. So, she held the news a little longer”.

The rep continued, “Also, because of her busy schedule, it was almost impossible for her to even rest. She had to film KBS’s “Glorious Jane” while Lee Min Ho was busy with his activities overseas and CFs. We knew that both were really busy to even catch up with each other.”

A representative of Lee Min Ho’s agency stated, “After we saw the news about the end of their relationship, we still needed to confirm the news with him (Lee Min Ho)… if they did break-up, Lee Min Ho would have let us know, but so far we have not received any news from him.”