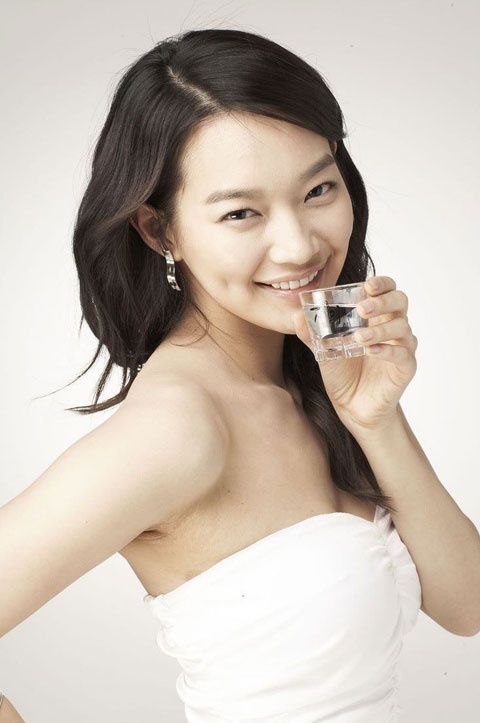 The photo was captioned, “Look at Min Ah’s eyebrows. I told her that I’ll make her eyebrows unbalanced. She immediately made this expression. There are so many other funny expressions, but they were too eerie they got cut.”

Netizens commented, “Very different from the Shin Min Ah we’re used to,” “She’s so funny! I wish we could see the other photos as well,” “Her eyebrows are so funny!” and more.

Meanwhile, Shin Min Ah will be making her much-anticipated comeback though the upcoming movie, “Only You,” co-starring “Brain’s” Shin Ha Kyun. The movie will be Shin Min Ah’s first project in nearly two years. Her last project was drama “My Girlfriend is a Gumiho,” with Lee Seung Gi back in 2010.

Lee Seung Gi
Brain
My Girlfriend is a Gumiho
Only You
Shin Ha Kyun
Shin Min Ah
How does this article make you feel?