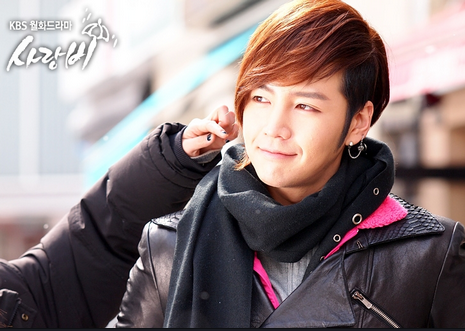 As one of leading Korean Wave actors, Jang Geun Suk appeared on Japanese middle school textbook. Recently, one Japanese person shared on Twitter photos of a ninth grade textbook in Japan (which is the same as middle school third grade in Japan and Korea), which has Jang Geun Suk’s picture on it. The content of the textbook is about growing globalism and culture exchange that arises from the process of commerce between countries. Jang Geun Suk was introduced in the textbook as a representative of foreign celebrities.

Jang Geun Suk recently often appears on Japan’s cartoons and animations, which shows how popular he has become in Japan.