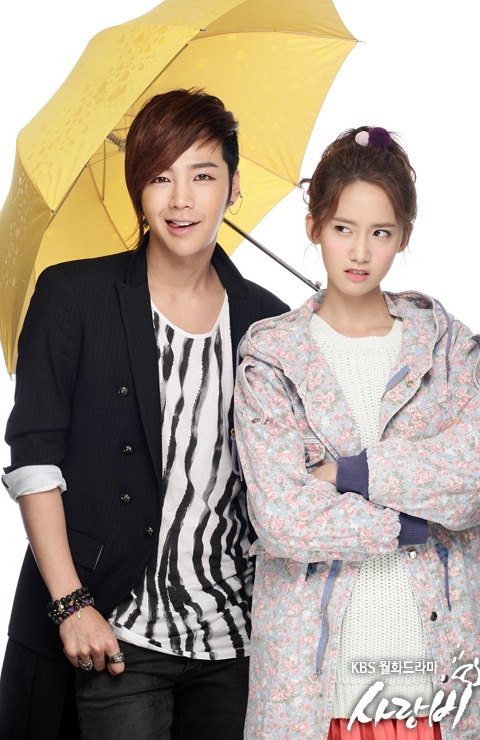 Kdramas that Star Idols Generally Have No Plot and Low Ratings

Despite high hopes from both producers and fans, “Love Rain,” starring Jang Geun Suk and Girls’ Generation’s YoonA, is far from being considered a success, let alone a mediocre drama. As reported earlier this week, “Love Rain” has been recording low single digit ratings throughout its run, with its highest rating reaching only 6.4% and lowest falling to 4.4%. With only four more episodes to go, it’s highly likely that ratings will improve.

The series is undeniably beautiful to look at, but it stops right there. Other than the gorgeous cast and cinematography, “Love Rain” and its producers have nothing else to offer. Many netizens criticized the producers for focusing too much on selling the series abroad through hallyu stars and making it look pretty, rather than creating a well-made drama with a strong, intriguing plot. Many Korean viewers also commented that the series was plain boring and that YoonA’s acting, while she improved since her last drama, just didn’t sell the role.

While singer-actress YoonA isn’t the only factor in “Love Rain’s” disappointing ratings, she got me thinking. In the 2000s, kdramas led the Korean Wave (hallyu). However as the years went by, kdramas slowly lost steam; while K-Pop stepped it up, influencing teenagers all over the world and doing wonders for the Korean economy. It seems that drama producers noticed the shift, and in an attempt to boost kdramas up to its former glory as the leaders of hallyu, they casted idols in their dramas.

By using idols, drama producers are given a “handicap.” They understand that the idol star will attract a certain amount of fans, overseas viewers, and foreign buyers. While these benefits do not necessarily translate to high domestic ratings, they do equal high profits. While idols are talented individuals – they sing, dance, model, and act, they lack the skill, experience, and expertise as actors who…well, specialized in acting. There’s nothing wrong with casting idols; however, there are two things that usually characterizes dramas that do. They usually lack strong acting and a plot, an interesting, realistic (although, for current trendy, fusion dramas that’s not the case) storyline that captures both the audience’s minds and hearts.

Click through the page numbers at the bottom to see several idol-starring kdramas that had low ratings, predictable plots, and negative press and netizen respones.

Heading to the Ground (DBSK’s Yunho)

**While Yoon Eun Hye and Jang Geun Suk are not idol stars, they are two of the most popular hallyu stars. As with idols, producers casted them in hopes to sell the drama abroad. Both were complete flops domestically.**