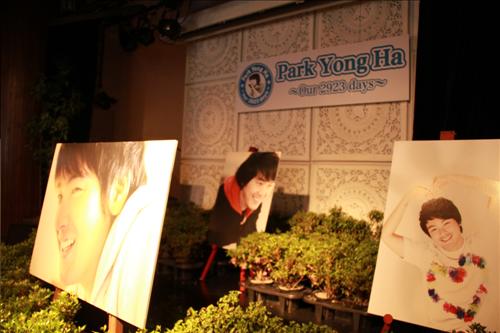 Japanese fans gathered to cherish the memory of actor Park Yong Ha, who passed away on June, 2010. The fans gathered at “Tokyo’s Space Shower TV The Diner” from June 19 to 26. The event was titled, “Park Yong Ha Café – Our 2923 Days.” The event opened 27 times for 8 days. Nearly 8,000 fans came to eat together and watch clips that remembered him.

Park Yong Ha’s mother arrived at the event on the second and last day and stated, “June is the month that Park Yong Ha debuted in Japan, it is also the month that he had his last concert. That is why it is also a painful month. Today is a meeting to remind us that June does not only have a sad memory but good ones as well.”

On June 30, nearly 1,200 fans will come to South Korea in order to cherish the memory of Park Yong Ha.

Park Yong Ha
KPLG
How does this article make you feel?