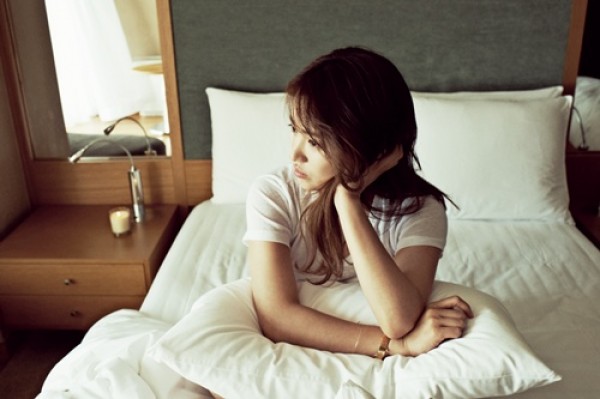 On August 29, Song Hye Gyo revealed a part of the book trailer for her upcoming photo essay, “Hye Gyo’s Time.” The revealed video clip uses popular indie band Rooftop Moonlight‘s “Bird” as its background music. It starts out with Song Hye Gyo in bed, waking up from her sleep to bright sunlight and beginning her day.

As Song Hye Gyo has not been active since KBS “The World That They Live In” and film “Today,” fans are welcoming the book trailer with open arms in excitement to see and get updates about their favorite actress. Sone Hye Gyo prepared this photo essay during her vacation in Korea. While she was doing photo shoots exclusively for this photo essay book, she also actively participated in making special video clips for her anticipating fans.

“Hye Gyo’s Time” also includes various personal and professional stories of Song Hye Gyo and many pictorials that have been shot over past four years. The main book trailer is scheduled to be revealed on August 30 when the book is released. The teaser video is available on YouTube and various online bookstores.

Song Hye Gyo
The World That They Live In
Today
Hye Gyo's Time
How does this article make you feel?