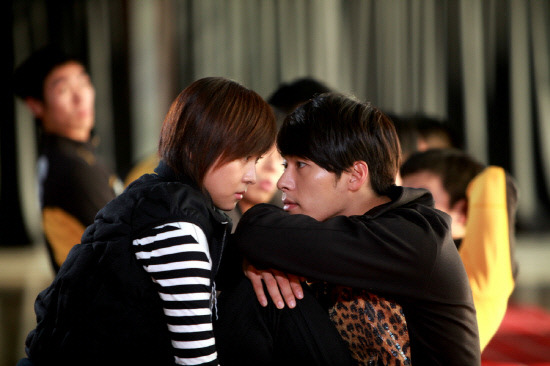 Although the drama staff addressed the issue, saying they’ve “never heard of the novel,” the author of “Murder Rhapsody” spoke with Korean media and said, “ “Not only are the basic settings the same but even the character descriptions are the same so I think there is definitely a problem. The production company is currently looking at this problem.”

Plagiarism has always been a serious problem in the K-Pop business, and the Korean drama industry has been no exception. Here we put together some of the most popular Korean dramas that have been involved in plagiarism accusations in the past – but ironically, none of them were actually ruled to be rip-offs.

Scroll through the list by clicking the arrow at the bottom right of the top image! Please let us know if we missed any!

Last year’s mega hit rom-com, “Greatest Love,” was accused of copying the Internet novel, “That’s Why I Married an Anti-Fan,” for its storyline involving the relationship between a top star and washed up celebrity. Later MBC and the scriptwriters just tweaked the script a little bit to avoid further problems and prevent product delay.

Hyun Bin’s last drama before enlisting in the Army, “Secret Garden,” was accused of ripping off the storyline of the cartoon, “Botox.” But the accusations only existed online and after some time, no one really brought up the issue again.

MBC’s popular drama “Queen Sun Deok” was sued by the musical director for “Rose of Sharon’s Queen Sun Deok.” It was accused of violating copyright laws in Korea, but the court ruled it not guilty.

KBS’s “Iris” also faced a copyright infringement accusation by the movie “Dyeweed,” but the court’s ruling said it had no similarities.

Kim Hye Soo’s 2009 SBS drama “Style” had a storyline running around the fashion industry. Around the same time, KBS was planning to air another fashion drama, “Magazine Ahlo,” and thus they raised plagiarism accusations to “Style.” However, “Magazine Ahlo” couldn’t solve its internal problems and ended up not even getting broadcasting approval by KBS.

SBS’s “My Man’s Woman” drew a lot of interest for being scriptwriter Kim Soo Hyun’s new drama in 2007. It was later accused of copying “Okhee, that Woman” by a KBS scriptwriter, but all charged were dropped later.