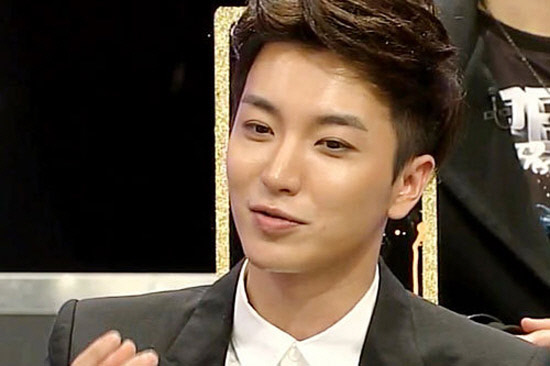 Last week on SBS “Strong Heart” was “Goodbye Lee Teuk Special” before he joined the army. In this episode, there was a special segment called “Leeteuk and 100 Friends.” During this segment, Leeteuk texted 100 friends and colleagues “I miss you” to see their responses. Among these 100 friends and colleagues was actress Oh In Hye. Her response to Lee Teuk’s initial text was rather mysterious and suggestive of a special bond between the two, garnering much attention from guests and audience at “Strong Heart.”

A representative from “Strong Heart” commented, “Oh In Hye’s response made people go, ‘Huh, what is this?’ So the guest stars asked Lee Teuk about his relationship with the actress. As he was bombarded by questions and assumptions, Lee Teuk admitted that he met up with her personally after the last filming of ‘Strong Heart’ together.”

The details of Oh In Hye’s response and Lee Teuk’s secret rendezvous aired on the most recent episode of SBS “Strong Heart,” which aired on November 13 at 11:15pm KST.