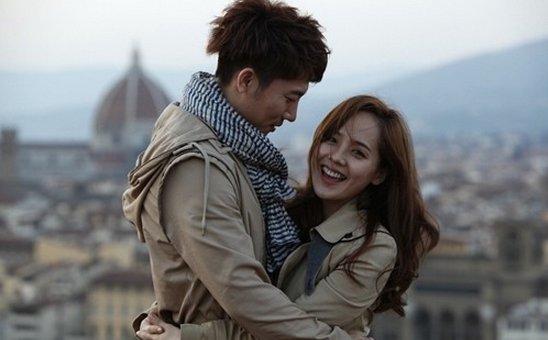 The actor tweeted, “Breakfast filled with love that Eugene made for me at 4 in the morning. She lovingly made it for me before I left early in the morning~ I feel energized~ But I’m curious, what did she put in here to make it so tasty?” and attached a photo of his breakfast. As shown in the photo, Eugene packed triangle kimbabs, rice balls, and seasonal fruits, all of which could easily be consumed on-the-go.

Those who’ve seen the photo commented, “It’s a breakfast packed with love and devotion,” “I envy this celebrity couple,” “Aww Ki Tae Young is bragging about his perfect and caring wife,” and more.

Meanwhile, Eugene and Ki Tae Young met on 2010 MBC drama “Creating Destiny” and developed their relationship from co-workers to lovers. After dating for a year and a half, they tied the knot on July 2011.