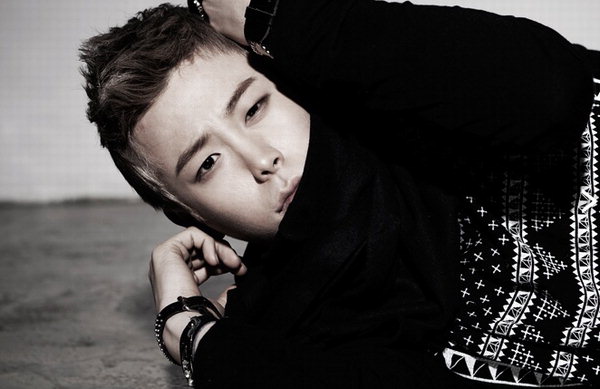 On the most recent episode of MBC Every1 “Weekly Idol,” Block B made an appearance for the “Idol of the Week” segment. In this episode, “Weekly Idol” found out that member P.O is from a very well-off family and is the new rising “Chaebol (conglomerate) Idol.” Although P.O denied the alleged chaebol rumor, MCs moved him to the center of the studio saying, “If we knew this about you earlier, we would’ve gotten you more on-camera time.”

P.O explained, “It is true that I grew up very comfortably, but this is very exaggerated.” However, it didn’t stop the two MCs, Jung Hyung Don and Defconn, from continuously asking P.O about his family background, “Where do your parents work?” Finally, P.O told, “My father runs a duty-free store. I don’t know the exact nature of his job, but I do know that he works closely with duty-free stores.” Upon P.O’s confession, Jung Hyung Don started expressing overwhelming love and loyalty for him. He first tried to clean P.O’s earwax and insisted that P.O treats him like a friend.

Also on this episode of “Weekly Idol,” Block B revealed that the group’s leader Zico is really popular among female idol stars. They said that the average of four female idol stars have made a move on Zico in each of their promotional cycles.