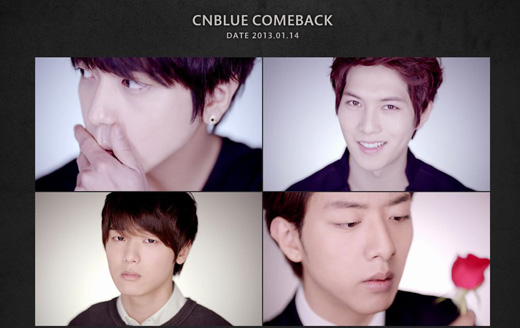 Watch the CNBlue Teasers and Figure Out the Secret?

CNBlue recently revealed a teaser that contains a secret of the upcoming title song for their new album. According to FNC Entertainment, the clip that was released today on January 7 has a secret that will reveal the title of the main title song. The clip had 4 different versions with each member: Jung Yong Hwa, Lee Jong Hyun, Kang Min Hyuk, and Lee Jung Shin.

Then on January 10-11 the “Blue Teaser” will be revealed. On January 14 CN Blue’s new mini album will be released.