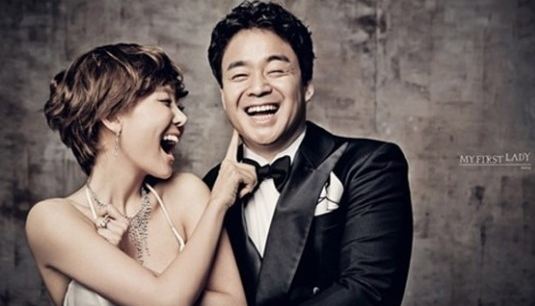 So Yoo Jin’s Wedding Had Over 1000 Guests

Before the ceremony, So Yoo Jin held a conference to share her thoughts. Wearing a graceful shoulder-drop dress, So Yoo Jin admitted, “I am so nervous.”

When asked about her fiancé who is 15 years older, she answered, “I didn’t really feel the age difference. He is so great to me; I don’t even notice it at all.”

So Yoo Jin also added, “He is so handsome. Everyone agrees that he is a very good looking man. To me, he is the best. When I saw him in a tuxedo today, I fell in love again. A lot of people have wished us luck, so I hope to have a happy life with him.”