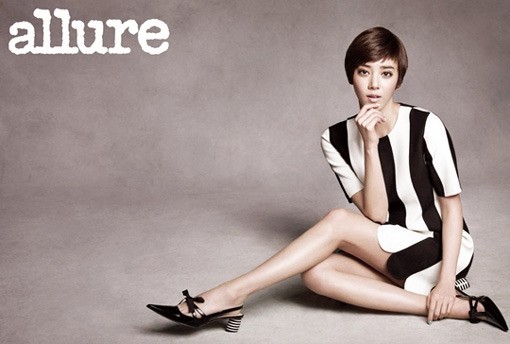 Son Dam Bi recently revealed a photo shoot with Allure Korea, where she looks sexy and beautiful as ever. The photo shoot was for the February edition of Allure Korea. In this photo shoot, Son Dam Bi is shown with the concept of introducing 2013 spring and summer season trends.

In one picture she is holding a ukulele, looking Hawaiian. In another, she is giving off a dramatic look, and in another she looks like the 60’s fashion icon Twiggy.

Son Dam Bi will appear in the upcoming tvN show titled “Play Guide.” There she will play a sexy CEO of a relationship agency. Each episode will have a character who is going through relationship problems. Son Dam Bi’s company will help the character with his/her love problems.

Allure
Son Dam Bi
KPLG
How does this article make you feel?