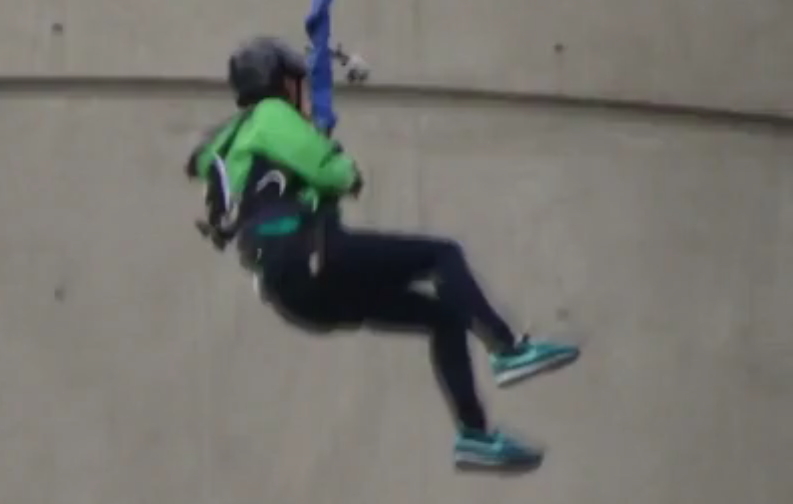 The news of Song Ji Hyo‘s recent bungee jump in Macau became a hot topic of discussion on online forums.

The revealed video was taken while filming SBS’s popular variety show “Running Man.” Song Ji Hyo bravely jumped from a 233 meter (765 feet) high tower. Song Ji Hyo, known to be one of the aces in “Running Man,” waved to the crowd while dangling in the air after her successful jump.

Bloggers were amazed to see the star’s braveness and commented, “Is she an action actress?” “Seriously. How can she do that?” “She must be really brave” and “She is a super woman!”

Song Ji Hyo
Running Man
KPLG
How does this article make you feel?