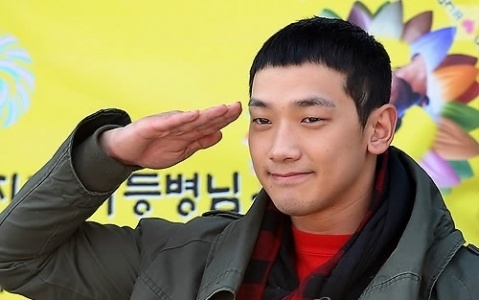 Rain, who is currently enlisted in the army, has been selected as a witness for a defamation case that was filed against a clothing company but has refused to appear in court.

According to sources from the law industry on February 11, Rain was chosen to be a witness for a case regarding a certain Mr. Lee, who owns a clothing brand company, on February 12 at 4PM at the Seoul Central Courts. However, Rain announced that he will not be attending the case hearing.

Specific details were not revealed but it seems like Rain feel uncomfortable with making an appearance due to his special status as a soldier and the recent negative media attention. The law industry sources spoke with Star News and said, “Rain declined to appear for a recent case as a witness,” and “There are situations when people decline to appear because they feel burdened by the attention.”

Criminal action suit laws state that if a witness declines a summons to testify without a legitimate reason, he or she may be fined up to 5 million won (about 5 grand). The judge for this case stated that he will wait and see if Rain has a legitimate reason for not testifying after the court date is over.

Previously, Mr. Lee was sued by spreading false truths that said Rain had seized company funds along with two reporters.

Rain was summoned to be a witness for this case last September but declined to attend back then as well. After this, Mr. Lee’s lawyers appealed that “Rain is an important witness who is needed to reveal the truth,” and was able to file another summons in January.

Stay tuned on Soompi for more updates on this case.