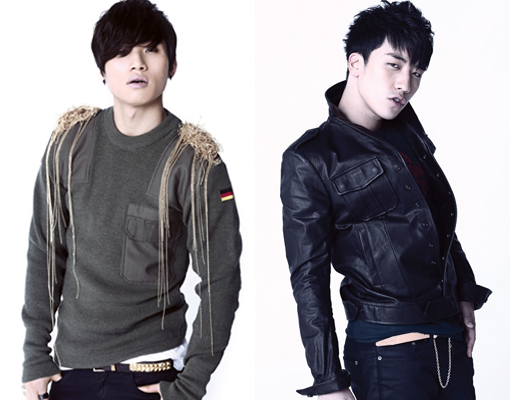 How Did Big Bang’s Seungri and Daesung Save Ex-Idol Chun Myung Hoon?

First, Chun Myung Hoon spoke about Seungri. He said that Seungri was the one who made him come to his senses during his dark times.

During the episode, Chun Myung Hoon said, “When I was wandering in between music and variety shows, I went to the club a lot,” and “Each time I went clubbing, Big Bang’s Seungri always came to me first and respectfully greeted me.”

Chun Myung Hoon continued, “When I saw that a ‘high-class’ person was respecting me, I took it as him saying, ‘Hyungnim, what are you doing here?’ So I came to my senses after that.”

He said, “I thought I would keep succeeding through variety shows but starting from some point, my success began to dwindle. So starting then, I stopped watching variety shows,” and “I randomly came across an episode of ‘Radio Star’ and saw that Daesung was a guest. During that episode, Daesung said, ‘I don’t find Chun Myung Hoon’s comedy funny.'”

Chun Myung Hoon said that in the past, he would’ve brushed this off as Daesung being cute. But this time, he felt really insecure and said he was waiting to take revenge on Daesung.

“Back then, it was like a perfect storm came over me and I got angry at every single little thing,” he explained. Chun Myung Hoon continued, “As I was eating and drinking soju, I told myself that I would definitely meet Daesung and teach him a thing or two. But after time passed and looking back at it, I think that was what saved me,” as he expressed his gratitude toward Daesung.