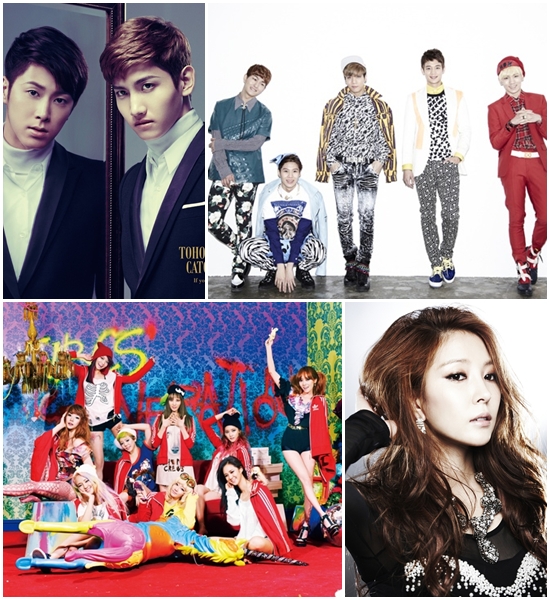 The Japanese broadcast station TBS announced the premier of a new audition program on their channel that is drawing attention for the cooperation between two of the biggest entertainment companies from South Korea and Japan, SM Entertainment and Yoshimoto Kogyo CO., LTD.,  respectively.

Those familiar with K-Pop need no words for SM Entertainment, which is a household name in the Korean music industry with its top-rated idol groups like DBSK, Girls’ Generation, Super Junior, and SHINee. SM Entertainment is also credited for the expansion of the idol casting and training system that currently dominates the industry and has, in part, led to the world-wide popularity of K-Pop that exists today.

Yoshimoto Kogyo is a Japanese entertainment company that boasts a hundred-year history and a roster of over 800 entertainers. While in the past the company was mostly involved in the comedy business, it has started to expand into other entertainment fields like music, sports, and even maintaining its own theme park. In similar vein, SM Entertainment has also started to expand into other areas besides music with the recent signings of comedians like Kang Ho Dong into its company and actors like Kim Ha Neul and Han Ji Min.

TBS stated that the new audition program, called “Performance A,” is a “totally new audition program produced through a collaboration between Yoshimoto and SM Entertainment.” It also added, “Currently, Korean culture, like K-Pop, and Japanese culture, like animation and fashion, is getting a lot of attention in Asia and the rest of the world. The show’s goal is to discover a new star that will be able to target a world-wide audience.”

The show will feature producers and agents from countries all over the world, like Korea, Japan, China, the U.S., and France, as judges. The show will not be limited to just music but will audition comedians, magicians, etc.

SM Entertainment stated, “We are discussing exactly how we will be participating [in the show].”

“Performance A” will premier April 22 on TBS.

SM Entertainment
KPLG
Yoshimoto Kogyo
Performance A
How does this article make you feel?