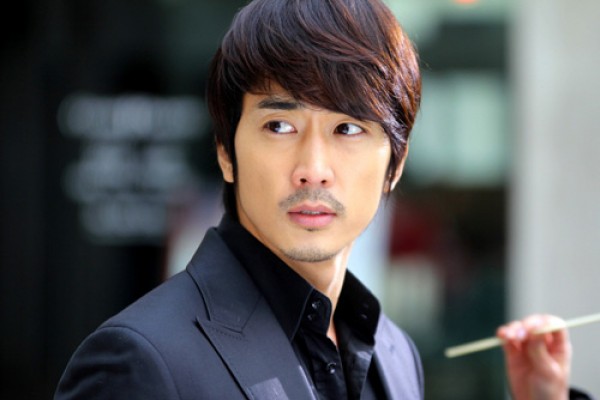 On April 11, Song Seung Hun revealed a photo on this twitter and commented, “When a man is happy because he won the first place!” The revealed photo is from a filming set of MBC “When A Man Loves,” showing Song Seung Hun embracing Shin Se Kyung in his arms while signaling V for the camera. Shin Se Kyung looks rather uncomfortable and stiff with both her hands at her sides.

According to audience measurement system Nielson Korea, the third episode of “When A Man Loves” achieved 11.4% in ratings on April 10, becoming the most watched drama of the night. Song Seung Hun is expressing his joy in receiving such a good news through this picture on twitter. Netizens commented, “Who is that woman in his arms? Shin Se Kyung? Chae Jung Ahn?” “He must be really happy,” and “‘When A Man Loves’ is so good! Congratulations!”

Chae Jung Ahn
Shin Se Kyung
Song Seung Heon
Iris 2
When A Man Loves
All About My Romance
How does this article make you feel?